The Art Space is an art gallery, creative hub and cafe rooted in the Bahrain Bay Wharf, a new location for art and luxury overlooking landmarks such as the Four Seasons Hotel, Bahrain Financial Harbour and the World Trade Center. The gallery is situated alongside an up-and-coming touristic hub of restaurants and entertainment outlets in the heart of Manama. The gallery is dedicated to fostering Bahrain’s diverse and dynamic creative community, and endeavour to support and promote the visual arts and contemporary culture of the Arab world.

“It was important for us to represent Bahraini artists and their artistic vision. We are one of very few independent art spaces in the Kingdom and we hope to champion artists and creatives in all fields” – Latifa Al Khalifa, Head Curator

We have an inspiring programme this year which will benefit Bahrain’s incredibly artistic and creative community. The concept of the first exhibition revolves around how the female inhabits liminal spaces; moments of transition from the confines of societal limitations. A liminal space is defined as being between what was and what is next. It is in these spaces that the discourse on the female form re-invents the image of the ‘feminine’ in the contemporary age. 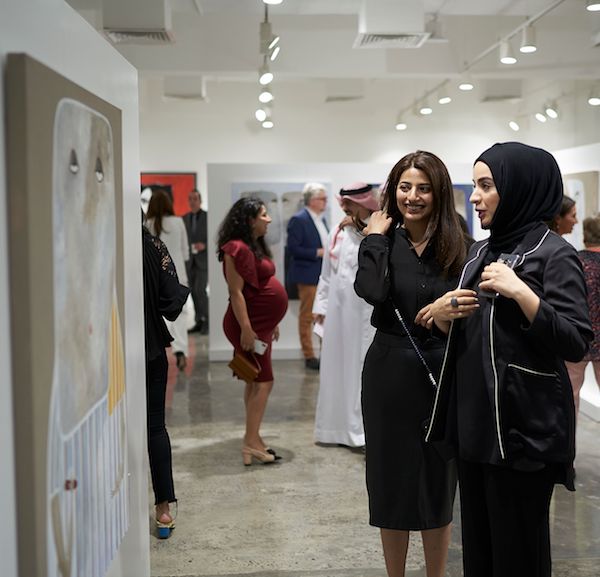 Abdulla Adel Fakhro, Chairman of The Art Space, says, “At the outset, we would like to thank H.E. Shaikha Mai bint Mohammed Al Khalifa, our esteemed guests, and sponsors for their support in our inaugural event. We are so thrilled to announce the opening of The Art Space alongside a curatorially strong exhibition, with immensely talented artists and a proficient team. We have an inspiring programme this year which will benefit Bahrain’s incredibly artistic and creative community.”

“We are taking a unique approach with our strategy, where we will be more global-facing to catapult Bahrain and Bahraini artists to the forefront of the art world.”

At The Art Space, we believe in defining our location as a focal point for developing the creative community through partnerships with key local, regional and international stakeholders. We not only aim to champion artists but also to diversify their palettes through our carefully curated multi-disciplinary events that include art exhibitions, workshops, a speakers programme, film screenings, culinary events, musical performances, symposiums and festivals.

The Art Space is a home for daring creativity and innovation. Our vision is to create a space where ideas can merge and illuminate; a place for knowledge-sharing and celebration of contemporary culture and artistic practices. We are passionate about creating new and inspiring opportunities for artists and makers in the Kingdom. Utilising intelligent global-facing strategies and heartfelt dedication to our community, we aim to showcase our artists to the most significant international audience possible.”

As far as history can remember, the female form has been a subject of fascination; both revered and antagonised. Many cultures define the female form as a totem for perfection, where the imagery straddles the line between sainthood and seductiveness. However, these polarised definitions represent an over-simplification of the female identity. This is mainly as the female form has, for most of history, been depicted through the lens of the male gaze and often has appropriate biased narratives/ Imagery of women often serve as an emblem of virtue, national values and means to promote different ideologies. However, these are not representative of a woman’s nature and her progression through life. 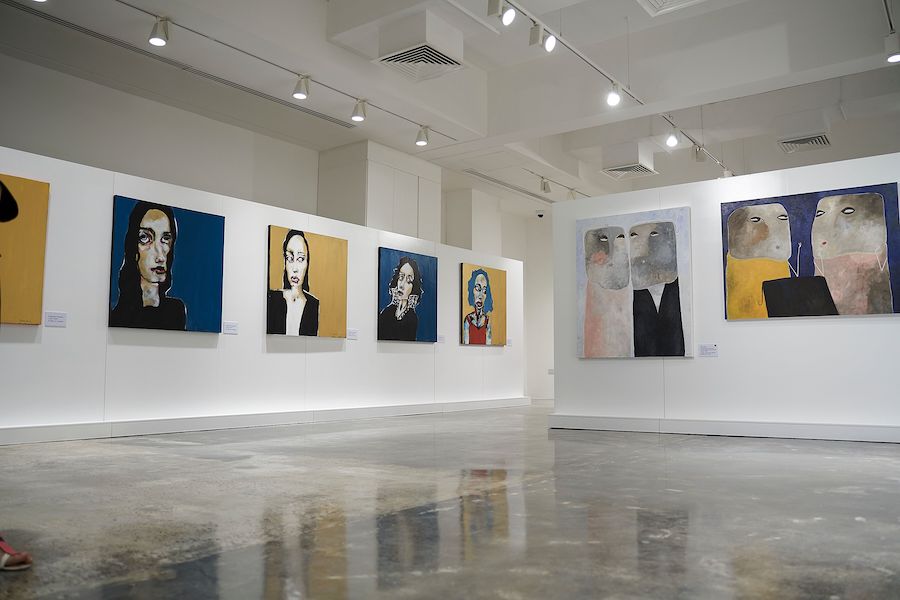 In this exhibition, curated by Latifa Al Khalifa and Zain Al Saie five artists contest the binary depictions of gender. They, instead, utilise their own artistic language to portray how the female inhabits liminal spaces; moments of transition from the confines of societal limitations. A liminal space is defined as being between what was and what is next. It is in these spaces that the discourse on the female form re-invents the image of the ‘feminine’ in the contemporary age. In turn, it is in this state that the female exists in her true form. The liminal space provides the female agency to deconstruct standardised models of the ‘feminine’ into elements of ambiguity and invite her audience to listen to her truth. Through these transient spaces, the female form is allowed to breathe and free itself from the shackles of convention and adopt a new, multidimensional entity. 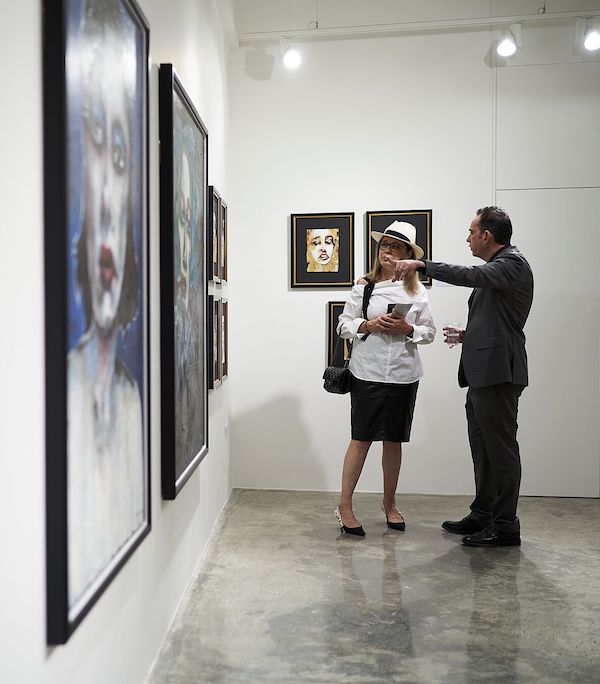 Eskandar Dewani goes beyond the superficial into the depths of the human condition. His female figures pull aside the curtain and bring a halt to the rigid performance prescribed to the female in contemporary society. The protagonists of his paintings wear their despair and vulnerability with pride. They are raw and unencumbered.

Mashael Al Saie’s film voices the ineffable relationship between a grandmother and her granddaughter. Her work pronounces the exchange of love, kindness and playful finger-wagging in the form of voice-notes carried alongside graceful visuals. The cadence of her grandmother’s voice, the structure of the messages overlapping, the distant and tender communications peppered with Bahrain colloquialisms, showcases an affection that can only be provided by a maternal figure. This love knows no perimeters and is unconditional.

Mayasa Al Sowaidi furthers the conversation with her contribution. Her technique mirrors the layers that make up the formula of the modern woman. The women depicted in her artworks are representative of the spectrum of emotions that a woman feels obliged to conceal and internalise. Her work is unapologetic and daring.

May Hejiri reflects on the moon in her depiction of non-binary subjects. Genderless and ethereal, they exist in expanses both cosmic and familiar. She emulates the habits of our ancestors, who looked up at the stars to find patterns that make sense of the chaos that is the life we live in. Her moon people depict the moments that are disguised by the normalcy of daily life.

Sarah Aradi captures the “veiled woman”, from different geographical contexts, valorised in their unified display of faith. They are defined by their own conviction and are exalted by their power to the ranks of their male counterparts. They are colourful and vibrant. They pave their own path in whatever world they reside in.