Dreams and Dystopias, East Africa at the Crossroads is a photography exhibition by Guillaume Bonn with films from Grace Ndiritu, presented by the Aga Khan Foundation. Dreams and Dystopias visually navigates the East African coastline through the lens of photographer and author Guillaume Bonn to reveal a region perennially poised between two worlds. Tracing the artist’s personal journey through Mozambique, Tanzania, Kenya and Somalia, his photographs show place as archaeological site eclipsing a disappearing past, barely effable but through the echoes of its fragments and traces.

The failure of colonialism is evident as we encounter dystopic landscapes, laid waste and crumbling

The failure of colonialism is evident as we encounter dystopic landscapes, laid waste and crumbling into ruin through conflict, poverty and displacement. The poignancy of a past to which one can never return: ‘le mal d’Afrique’ some have called it, yet one that remains ever-present in its landscape of deserted dreams. Today, East Africa is undergoing transformation – mosquito and malaria-ridden, marked by the traces of dictatorship and war, at the mercy of the consumption and commerce of the Western world. Guillaume Bonn’s photographs capture the old Africa in its unrelentingly vibrant native culture amid modern skyscrapers, new highways and its purported technical improvements.

Grace Ndiritu is an internationally acclaimed visual artist. Her ‘hand-crafted’ videos and experimental photography are recognised for their elusive beauty, potent insight and collaborative approach to institutional critique. Shown in the context of Bonn’s visual archaeology, Ndiritu’s films open pathways into the post-colonial offering opportunities for creative, critical inquiry and transformative social justice.

Juxtaposing Bonn’s work, are rarely seen photographs and maps from the archives of the Royal Geographical Society, films from the Aga Khan Foundation documenting development projects that successfully engage local communities, and materials from the Aga Khan University, that together layer this exhibition’s inquiry with crucial contextual and historical dimensions.

Dreams and Dystopias offers a lesson in geography and utopia, providing both reminder and reckoning on the urgency for post-colonial healing and the opportunities for social transformation while inviting us to engage critically and imagine how and by whom will a new dream for Africa will be constructed.

Like an archaeologist, Gullaume Bonn has the urge to seek out and preserve whatever amounts to a legacy of the past in East Africa. The difference is that he takes pictures, and the past he seeks to record is a recent one. It has been Guillaume’s destiny to document the demise of the old ways and natural environment of the continent that gave him birth. But the human upheaval he spends his life witnessing and recordings are also his own. – Jon Lee Anderson

Guillaume Bonn is a French lens-based artist born in Madagascar who grew up in Djibouti and Kenya and now spends his time between Paris, Lisbon and Nairobi. He has worked primarily in documentary film and photography attempting to bring his vision of non-narrative documentation to a field that is principally interested in story-telling.
Bonn studied Economics and International Politics at Université de Montréal and Université du Québec à Montréal and later trained as a photographer at the International Centre of Photography in New York.
For the past 20 years, he has reported on conflict and issues of pressing social and environmental concern. He was one of the first on the ground to cover the Darfur crisis from inside Sudan for The New York Times and also reported in-depth on the sexual abuse committed against children in Congo by United Nations peacekeepers.

Bonn is the recipient of a PDN award, the POPCAP12 African contemporary photography, a grant from the Pulitzer Centre for crisis reporting and three-time nominee for the Pictet Prize. He is the author of five monographs, including; Le Mal d’Afrique: A Journey into Old and New Africa and Mosquito Coast, travels from Maputo to Mogadishu.
Bonn is an active filmmaker who has directed several documentaries, including Peter Beard: Scrapbooks from Africa and Beyond screened at the Sundance Film Festival in 2016. He has worked as a cameraman on Dying to Tell the Story, a ninety-minute Emmy award-winning CNN documentary made on his childhood friend and photographer, Dan Eldon who was tragically killed in Mogadishu during the United States-led failed “Restore Hope” operation.

Bonn was a long time contribute to Vanity Fair magazine, where for 15 years, he covered a range of in-depth features, including the conflict in North Uganda with the late writer, Christopher Hitchens, the murder of conservationist Joan Root near Lake Naivasha, the Paris Fashion Weeks and “Agony and Ivory” on the African elephants and the ivory trade. 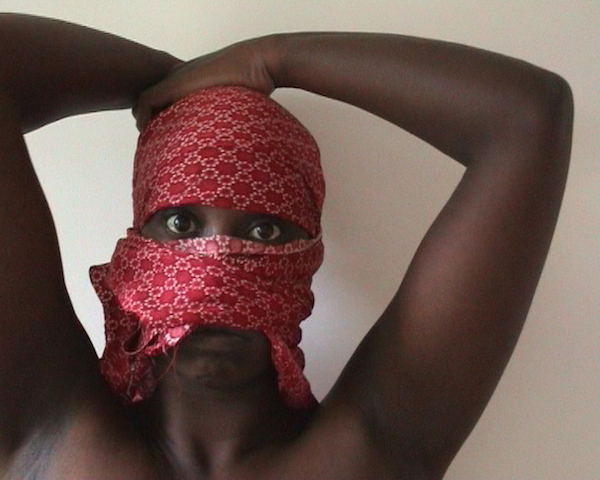 Grace Ndiritu is a British-Kenyan artist who, in her work, refers to issues of re-activating ‘the dying art space’ as a space for sharing, participation and ethics, i.e. Healing The Museum – as well as to problems connected with transformation of contemporary world including, in particular, the impact of globalisation and aggressive geopolitics.

Ndiritu took the radical decision in 2012 only to spend time in the city when necessary, and to otherwise live in rural, alternative and often spiritual communities while expanding her research into nomadic lifestyles and training in esoteric studies such as shamanism, which she began over 16 years ago. Her research so far has taken her to both Thai and Tibetan Buddhist monasteries, permaculture communities in New Zealand, forest tree-dwellers in Argentina, neo-tribal festivals such the ‘Burning Man’ in Nevada, a Hare Krishna ashram and the ‘Findhorn’ New Age community in Scotland. Her research into community life has so far resulted in the founding of The Ark: Center For Interdisciplinary Experimentation.

Ndiritu was included in the group exhibition In the Peaceful Dome at Bluecoat in 2017, and Sonia Boyce also selected her work for inclusion in her exhibition Like Love at Bluecoat in 2010. In 2018 Ndiritu launched her ‘Pay What You Can’ fashion label focused on democracy & class struggle that involves working with refugees and migrants. Her most ambitious shamanic performance to date A Meal For My Ancestors: Healing The Museum: included staff members of the U.N. NATO & E.U. parliament, activists, and refugees at Thalielab, Brussels (2018). A briefing paper on climate change and refugees directly inspired by the performance, written by one of the participants, has now been published by the E.U. Parliament Research Services (updated 2019)

The Aga Khan Foundation (AKF) brings together human, financial and technical resources to some of the poorest and most marginalised communities, with an emphasis on women and girls, investing in human potential, and expanding opportunity. AKF makes long term investments, builds reliable institutions and cultivates an active civil society to improve the quality of life for all regardless of gender, origin or religion.

The Royal Geographical Society (with The Institute of British Geographers) is the learned society and professional body for geography. Formed in 1830, our Royal Charter of 1859 is for ‘the advancement of geographical science’. Today, we deliver this through developing, supporting and promoting geographical research, expeditions and fieldwork, education, public engagement, and geography input to policy. We aim to foster an understanding and informed enjoyment of our world. We hold the world’s most extensive private geographical collection and provide public access to it. We have a thriving Fellowship and membership and offer the professional accreditation ‘Chartered Geographer’. www.rgs.org