Gertrude Stein: a rose is a rose is a rose, a homage to the iconic author’s role as patron, critic, and friend to the creative pioneers who paved the way to Modernism in the twentieth century. A new exhibition at Nahmad Projects is presenting a rare glimpse into the birth of this significant period. 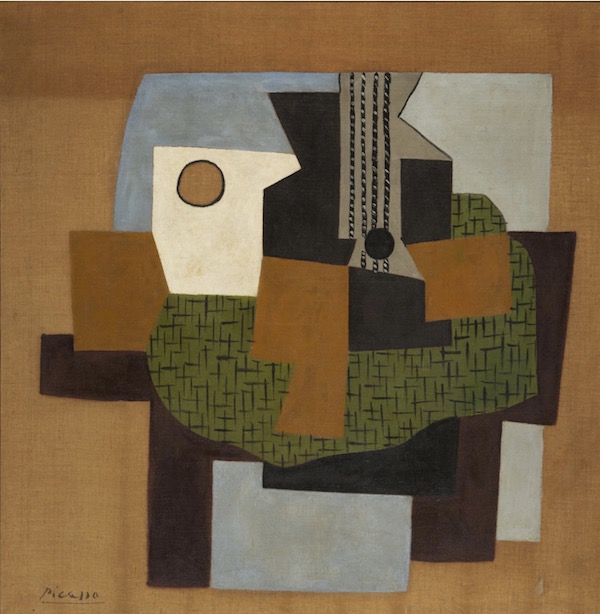 Gertrude Stein: a rose is a rose is a rose reunites artists who attended the famous salons and whose work the Steins collected. The exhibition brings together paintings by Pierre Bonnard, Paul Klee, Juan Gris, Henri Matisse, Joan Miró, Francis Picabia, Pablo Picasso, and Kees van Dongen. The title is inspired by one of Stein’s most famous quotations, “Rose is a rose is a rose is a rose.” First coined in a poem titled Sacred Emily (1913), the ﬁrst “Rose” was originally a person’s name. The phrase developed and came to mean “things are what they are.” This motif is characteristic of the modernist outlook of their era. It has been incorporated into contemporary popular culture with references made by ﬁgures as varied as Margaret Thatcher and Aretha Franklin.

In this exhibition, Femme au Balcon, fauteuil noir (1919) by Henri Matisse will represent Gertrude’s lifelong commitment to collecting and championing the artist. Michael Stein has owned a view from the same balcony. In 1905 Gertrude acquired her ﬁrst painting by Matisse, Woman with a Hat (1905), earning her a reputation as a maverick collector overnight. The portrait challenged public conceptions of painting to such an extent that it kick-started the Fauvist movement and is now a treasured piece in the San Francisco Museum of Modern Art.

Two major Cubist paintings, Guitare sur une table (1921) and Guitare et compotier (1924) by Pablo Picasso, will reﬂect his special relationship with Stein and her profound inﬂuence on the Cubist movement. Pablo Picasso and Gertrude Stein met in 1905 after her brother Leo purchased two paintings, including Jeune ﬁlle à la corbeille ﬂeurie (1905). Their encounter was a tremendous stimulant to both the artist and the author and paved the way for a passionate friendship and the making of a masterpiece. Picasso painted her portrait soon after they met, which proved to be a turning point in Picasso’s development as an artist. The formal solution that Picasso adopted for the depiction of her face presaged his radical work Les Demoiselles d’Avignon (1907).

La Grappe de Raisin (1917) and Bouteille et Verre (1921) represent the oeuvre of Juan Gris in this exhibition. Stein met the artist in 1910, acquiring her ﬁrst piece in 1914, then supporting him throughout the First World War through to the end of his life. They counted each other as close friends and admired one another’s work; Stein went on to write that “the only real cubism is that of Picasso and Juan Gris. Picasso created it and Juan Gris permeated it with his clarity and exaltation” (Gertrude Stein, The Autobiography of Alice B. Toklas, p.119).

Born in the United States to a wealthy family, Gertrude Stein and her two brothers inherited early in their lives. Gertrude enrolled in medical school but soon found her interests diverted to literature and followed her brother Leo to settle in Paris in 1903. With their inheritance well managed by their older brother Michael, Leo and Gertrude started collecting art with their surplus income instead of buying bonds. They began by acquiring historical works by El Greco and Delacroix and closer contemporaries such as Renoir, Cézanne and Bonnard. In 1905, the siblings acquired their ﬁrst avant-garde paintings by Matisse and Picasso.
Gertrude lived with her brother at 27, rue de Fleurus, until Leo emigrated to Italy in 1921 and they agreed to divide the collection. Leo took with him the Renoir, thereby ﬁltering the collection to Gertrude’s favourites: the contemporary avant-garde. Once the siblings parted ways, Gertrude consolidated her collection of modernist paintings, acquiring a vast number of canvases by Henri Matisse and Juan Gris in particular. Stein also encouraged her friends to buy art, resulting in Ernest Hemingway acquiring Joan Miró’s ﬁrst masterpiece The Farm (1921-22). Gertrude’s inﬂuence on other collectors extended overseas, such as with the Stein’s childhood friends Claribel and Etta Cone building up the Cone Collection, eventually owning over 500 works by Matisse, now housed at the Baltimore Museum of Art.

Gertrude Stein bequeathed Picasso’s 1905 portrait of her to the Metropolitan Museum of Art in New York City, where it still hangs among early Picasso and Matisse works. The rest of the Stein Collection is scattered around the world, appearing in notable private collections such as the Rockefeller Collection, and institutions including The Art Institute of Chicago, Detroit Institute of Arts, San Francisco Museum of Modern Art, Minneapolis Institute of Art, The Museum of Modern Art, New York, Statens Museum for Kunst, Copenhagen, and the Staatsgalerie Stuttgart.