British artist Grayson Perry, one of the most astute commentators on contemporary society and culture is to present a major exhibition of new work at the Serpentine Gallery in June. The works in the show will touch on many themes including popularity and art, masculinity and the current cultural landscape.

Perry’s abiding interest in his audience informs his choice of universally human subjects. Working in a variety of traditional media such as ceramics, cast iron, bronze, printmaking and tapestry, Perry is best known for his ability to combine delicately crafted objects with scenes of contemporary life. His subject matter is drawn from his own childhood and life as a transvestite, as well as wider social issues ranging from class and politics to sex and religion.

“I am in the communication business and I want to communicate to as wide an audience as possible.” – Grayson Perry

Taking place during the Serpentine’s popular summer season, when the parks enjoy hugely increased local and international audiences, The Most Popular Art Exhibition Ever!, will tackle one of Perry’s central concerns: how contemporary art can best address a diverse cross-section of society.

Perry said: “I am in the communication business and I want to communicate to as wide an audience as possible. Nothing pleases me more than meeting someone at one of my exhibitions from what museum people call ‘a non-traditional background.’ The new works I am making all have ideas about popularity hovering around them. What kind of art do people like? What subjects? Why do people like going to art galleries these days? What is the relationship of traditional art to social media?” The Serpentine, with its global reputation as an open landscape for art and ideas, free entry and accessible location in a central London park, is an ideal venue for Perry to pose these questions. 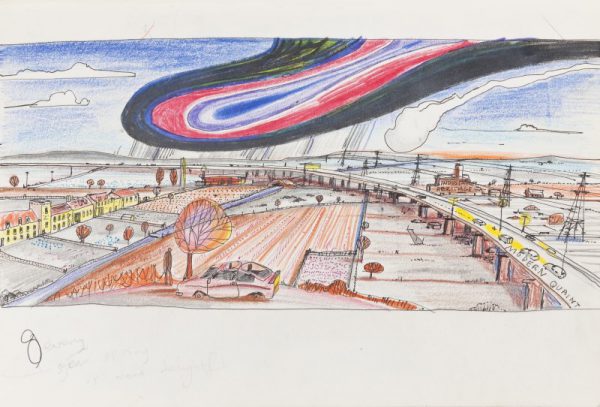 Born in Chelmsford, Essex in 1960, Grayson Perry lives and works in London. He is well known for major exhibitions such as the Tomb of the Unknown Craftsman at the British Museum (2011-2012), and A House for Essex, a collaboration with FAT Architecture situated in the North Essex countryside. He has also presented two BAFTA award-winning Channel 4 programmes: In the Best Possible Taste, which chronicled the making of his monumental suite of tapestries The Vanity of Small Differences and Grayson Perry: Who Are You?, which accompanied a solo presentation of works on the theme of portraiture and British identity at the National Portrait Gallery, London (2014-2015). Grayson is also a successful writer and lecturer – his latest book, The Descent of Man was published by Penguin and accompanied by a national lecture tour, Typical Man in a Dress. The paperback edition is published in April 2017.

A new Channel 4 documentary Grayson Perry: What Britain Wants, will follow Perry as he creates another work for the show: an attempt to capture the thoughts of a divided country a year after the EU referendum. Harnessing social media, he has invited the British public to contribute ideas, images and phrases to cover the surface of two enormous new pots: one for the Brexiteers and one for the Remainers. Perry will also visit the most pro-Brexit and pro-Remain parts of the country for the programme, whose broadcast in June will coincide with both the anniversary of the Brexit vote and the opening of The Most Popular Art Exhibition Ever!

Running concurrently with Grayson Perry, US cinematographer, filmmaker and artist Arthur Jafa will present his first UK exhibition, A Series of Utterly Improbable, Yet Extraordinary Renditions at the Serpentine Sackler Gallery. June will also see the unveiling of the 2017 Serpentine Pavilion Commission, designed by award-winning architect Diébédo Francis Kéré. Opening to the public on 23 June, the Pavilion will host the annual Park Nights series of live performance, literature, music, film and dance.