Curator Rok hee Hwang and artist Ha Jin Lee are teaming up to bring a welcome dose of South Korean culture to the heart of London’s Notting Hill. With this exhibition, J/M Gallery is capturing the cultural zeitgeist, which has seen a big surge in popularity for contemporary Korean culture in the last couple of years.

A New York Times article written in November 2021 described South Korea as “a Cultural Juggernaut”, and it certainly seems to be at the centre of the cultural zeitgeist at the moment with K-Pop, the unprecedented success of Netflix show ‘Squid Games’, and the increasing visibility of Korean art evident in the contemporary art world, with Frieze even launching an art fair in Seoul in September 2022 with the Galleries Association of Korea, and appointing a South Korean director: Patrick Lee. At one time, South Korea was largely known as a tech hub manufacturing cars and smartphones, but nowadays its making waves on the global stage with its pop culture and vibrant creative community. 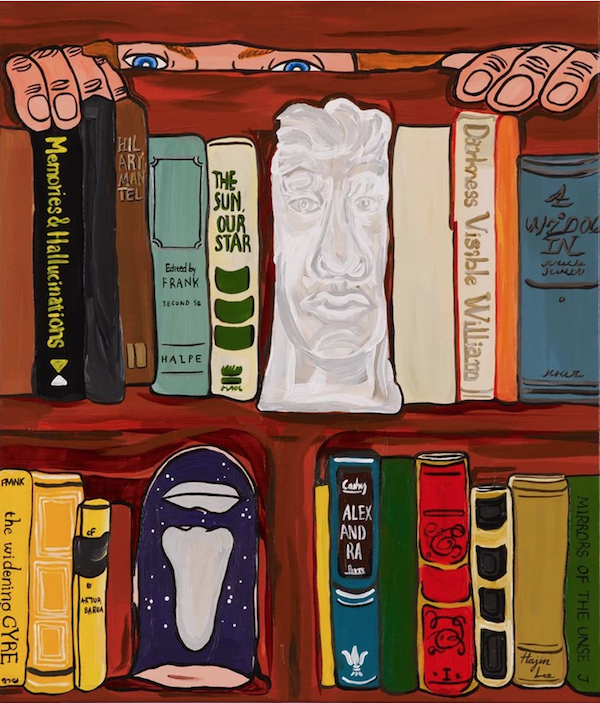 ‘The Sensuous Heart Traveller’ features expressive paintings by Ha Jin Lee, which are inspired by her upbringing in South Korea, combined with experiences of living in and travelling to countries including Tula, in Mexico and New York. Themes of humanity, location and roots infuse Ha Jin Lee’s artistic practice, along with the influence of cubism, primitivism and a splash of magical realism.

Several of the paintings at J/M Gallery are inspired by Ha Jin Lee’s time in Tula, Mexico, and they evoke positivity with their depictions of human groups, togetherness, with a colourful palette reminiscent of Gaugin’s Tahitian paintings. The artist captures the luminosity of the landscapes and uses geometric codes and symmetry to depict the human form, in a nod to Cezanne and Picasso.

Rok Hee Hwang is a South Korean gallerist and curator who is introducing emerging and established South Korean artists to the contemporary art world on an international level. Artists she works with include; Lee Ha Jin, Nam Sang-Woon, and Ji-Young Hong. She runs the ‘Mews Gallery’ in the city of Gangneung-Si, South Korea, as well as curating exhibitions of South Korean artists around the world.

“I believe that South Korean art opens up a perspective yet to be witnessed in the art world, one which has been influenced by centuries of cultural tradition and political disruptions. Modern technologies have vastly shifted cultural traditionalisms in South Korea, longing for identity and practice of culture remains.  The artists I’m interested in bring their experiences of South Korean culture and tradition into a postmodern world – yet enjoy reproducing and reconstituting Korean Masters’ techniques through their work.”

Curator Rok Hee Hwang says of Ha Jin Lee:  “As soon as I encountered Ha Jin’s work, I fell in love with it immediately.  As someone who frequently travels and seeks to reminisce of the many vast cultures visited, Ha Jin’s work has a way of bringing distinct individual experiences into collective ones, demonstrated through her blending of cultural styles and influences in her artwork.”

Although the figures in her paintings are inspired by people she has met on her travels, they are also part self-portraits, in the abstract sense that she infuses her characters with her own expressions and emotions.

Ha Jin Lee explains: “Many of the faces on the subjects are expressions of mine, emotional and physical.  The emotions depicted often correlate with the stages of each painting.  I long for the peaceful and tranquil nature of finding an inner space regardless of location and trying to recreate that experience can often leave me frustrated.  But through this frustration, comes a plethora of reflection and inner-dialogue; I remind myself that there is no such way of reproducing any state, but to bring the old into the new, and allow a window into the emotions I feel when travelling and observing these communities.  Each painting is a search for inner peace itself, made harder with the responsibility of presenting an environment or culture that I have found solace within, to a transgressive standard. And one which seems respectable.”

Ha Jin Lee is a recent graduate of Gachon University, and has exhibited in Seoul and Gangneung (South Korea), Normandy (France), and now London.