An exciting new exhibition Frank Auerbach / Tony Bevan: What Is A Head?, curated by Michael Peppiatt has been announced by Ben Brown Fine Arts, London. The show features portraits by two of Britain’s senior figurative painters.

The concept is based on an exhibition organised by Peppiatt in 1998 at the Musée Maillol in Paris under the title L’Ecole de Londres de Bacon à Bevan, which traced the influence of Bacon, Freud, Auerbach and Kossoff on the younger generation of figurative artists working in London.

What indeed, is a head? For us, surely, it’s as big as the world

A generation apart, Bevan and Auerbach share a fascination for the conceptual and painterly possibilities of reinventing heads. For both artists, the head is the centre that controls everything we do, its mysterious significance laying in its endless sparring of juxtaposed natures: impulse and restraint, instinct and order, spontaneity and discipline. It is rife with contradiction and yet to both remains the prime vessel of human life. 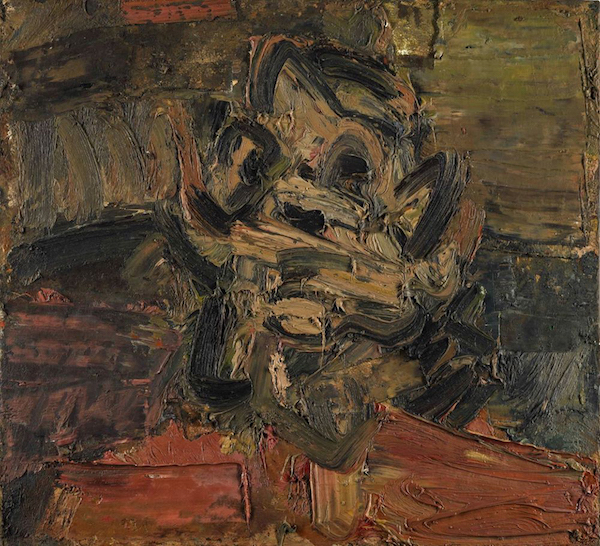 But there is as much to differentiate them as to bring them together. In Auerbach, who grew up during the war, between layers of excavation, we see the buried image rising through the paint to resume its fragmented presence. Bevan’s ‘Heads’ are also reconstructions, though more linear than painterly, approached through its working parts, its muscles and sinews. While Auerbach’s heads conjure up struggle, exhaustion, a fire burnt forever into the thick layers of paint, Bevan’s explore its inner structure as an unknown space, an experimental architecture. The differences and similarities are inherent in the same subject set up dialogue not only between generations but within the way we view painting, as an ever-evolving insight into the human consciousness.

AUERBACH/BEVAN: WHAT IS A HEAD? A foreword by Michael Peppiatt

What, indeed, is a head? For us, surely, it’s as big as the world, as existence itself, and just as unknowable. It contains everything we are and everything we can ever know, including our own limits, because whatever we do we can never go beyond its bounds. The head is all, the centre of the universe, as well as in the long term its circumference. Small wonder, then, that heads have preoccupied artists from the very beginning of recorded time and still intrigue them, re-emerging, Hydra-like, as the central symbol of humanity.

The head also serves as a mirror of the whole history of art: its significance and the way it is represented have changed constantly over the ages. One wonders what in fact, after the combined ingenuity of centuries, is left in the subject for contemporary artists to explore since the head was so radically reinvented during the last century that at one point it vanished altogether into the white heat of abstraction. Hence it is for good reason that, when contemplating the heads of Frank Auerbach and Tony Bevan, you are struck by a sense of resurrection: of elements destroyed, recovered from the past and reintroduced into the picture plane. A half-forgotten language has been retrieved, its subtle syntax, its infinite moods and accents brought back into play.

Bevan and Auerbach are a generation apart, and beyond their shared fascination for all the conceptual and painterly possibilities of reinventing heads, there is as much to differentiate them as to bring them together. In Auerbach, who grew up during the war, one experiences palpable layers of excavation: the buried image rising through stratas of paint to resume its fragmented presence, a memory disinterred that might fade again into the flurry of brushstrokes as swiftly as Hamlet’s ghost. Bevan’s ‘Heads’ are also reconstructions, of a different order.
More linear than painterly in his practice, Bevan approaches the head through its working parts, its muscles and sinews, exploring its inner structure as an unknown space, an experimental architecture that defies all known rules.

For both artists, the head is perceived as the prime vessel of human life, the nerve centre and brain box that controls us and everything we do, not least when it is rife with contradiction and patently out of control, as we, the heirs to a century of psychoanalysis, are ready to acknowledge. That is its greatest fascination, of course, the constant warring it contains – as in a domed boxing-ring – of impulse and restraint, instinct and order, spontaneity and discipline. In Auerbach, it reaches points of incandescence, sparks of a long struggle lapsing into melancholy exhaustion, with the fire burnt indelibly into the muddied colour. A violence of opposites courses through Bevan’s heads as well, black outlines on a hot ground of red, orange or yellow, but the violence is latent, suppressed, and all the more threatening. What has already ravaged Auerbach’s universe like the passage of time is still kept at bay in Bevan’s, where the fractures hint at the explosive strain. 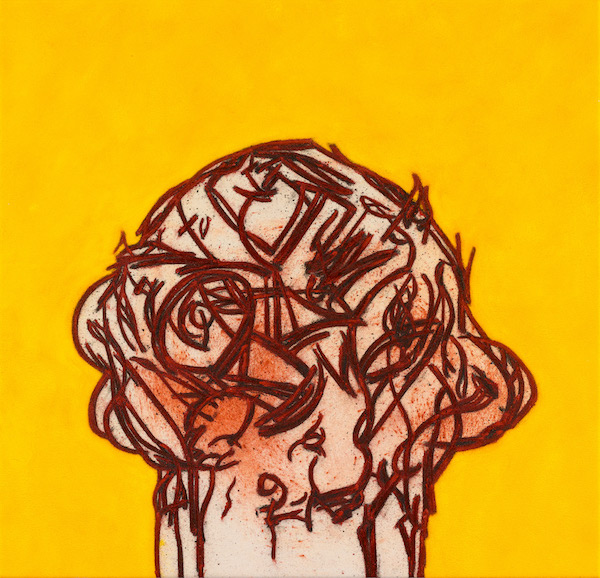 Are two heads better than one? Surely, when they are as searching and perceptive, as committed to revealing the multiplicity and complexity of ourselves in paint as Auerbach and Bevan’s have proved to be. Looking into the ‘Head’ of one reveals more about the ‘Head’ of the other than one might have conceivably imagined. This double vision highlights the differences and similarities inherent in the same subject, setting up a dialogue not only between generations but within painting’s renewed insights into mind and identity.

FRANK AUERBACH
Frank Auerbach (b. 1931) was born in Berlin to Jewish parents and sent to England in 1939 to escape Nazism. He attended St Martins School of Art in London from 1948 to 1952 and took night classes at Borough Polytechnic. Auerbach went on to study at the Royal College of Art in London from 1952 to 1955. In 1978, he was given an Arts Council retrospective at the Hayward Gallery in London. Solo exhibitions have also taken place at the British Pavilion at the 1986 Venice Biennale and at the Rijksmuseum, Amsterdam, in 1989. Auerbach’s work has been exhibited at the Yale Center for British Art, New Haven, Connecticut; Kunstverein, Hamburg; Museo Nacional Centro de Arte Reina Sofía, Madrid; the National Gallery, London; the Royal Academy of Arts, London; and the Courtauld Institute of Art, London, among other institutions. His works are included in numerous major public collections. Auerbach himself rarely leaves Britain and has lived and worked in the same London studio since the 1950s.

TONY BEVAN
Tony Bevan (b. 1951) studied at the Bradford School of Art in Bradford, England (1968-71), followed by Goldsmiths College (1971-74) and the Slade School of Fine Art (1974-76), both in London. Bevan has exhibited internationally since 1976, holding his first US solo exhibitions at Ronald Feldman Gallery in 1988 and L.A. Louver gallery in 1989. Bevan has exhibited at prominent institutions around the world, with solo exhibitions at the Institute of Contemporary Arts, London; Staatsgalerie Moderner Kunst, Munich; Whitechapel Gallery, London; and the Israel Museum, Jerusalem. In 2005, a major retrospective of Bevan’s work was held at the Institut Valencià d’Art Modern, Valencia, Spain. In 2007, Bevan was elected a Royal Academician at the Royal Academy of Arts, London. His work is included in many prominent private and public collections.