One of the largest and most comprehensive ‘Street Art’ exhibitions will open this February at the Saatchi Gallery in Chelsea. From defiant train writers to powerful large-scale muralists, over 100 international artists will be featured in BEYOND THE STREETS LONDON. The exhibition, supported by Adidas Originals, will be the largest graffiti & street art exhibition to open in the U.K. It is set to take over all three floors of London’s impressive Saatchi Gallery.

“With every exhibition we’ve put together, I always learn something new, and London is no exception. The number of stories and historical moments- some of which may have been forgotten and arguably unknown until now- will make our Saatchi Gallery show such a spectacle. We hope to educate and inspire through a curious lens that digs into the nooks and crannies of all these subcultures and the massive role London played in bringing them to light on a world stage” – Curator Roger Gastman. 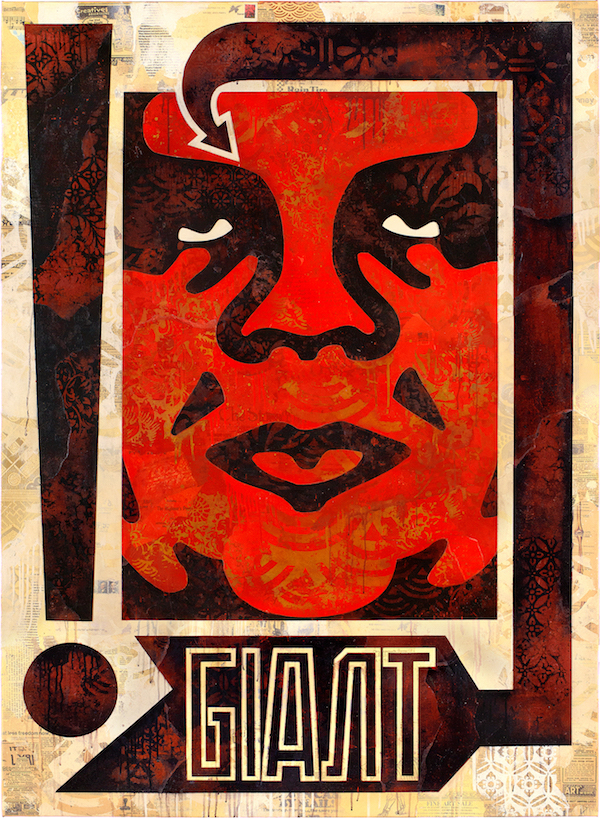 BEYOND THE STREETS LONDON will examine the fundamental human need for public self-expression, highlighting artists with roots in graffiti and street art whose work has evolved into highly disciplined studio practices, alongside important cultural figures inspired by this art scene.

Each of the exhibition’s chapters will explore exceptional moments in the history of this artistic movement; including the emergence of punk; the birth of hip-hop – marking its 50th anniversary in 2023; and street culture’s strong influence in fashion and film.

Upon entering Saatchi Gallery, visitors will explore the graffiti-filled installation The Vandal’s Bedroom by American artist Todd James, whose works have been exhibited twice at the Venice Biennale.

In the first chapter, ‘Music & Art Converge’, visitors will explore the socio-political turmoil of the late 70s and 80s, where the decline of cities met artistic resistance, a shift which was felt in both the U.S. and U.K. Youth culture responded by painting graffiti on walls and public transport, creating art that reflected and reimagined the times in an explosion of expression on the streets. But, again, it was about identity in the face of oppression, self-awareness, and self-discovery in a depleted economic outlook. 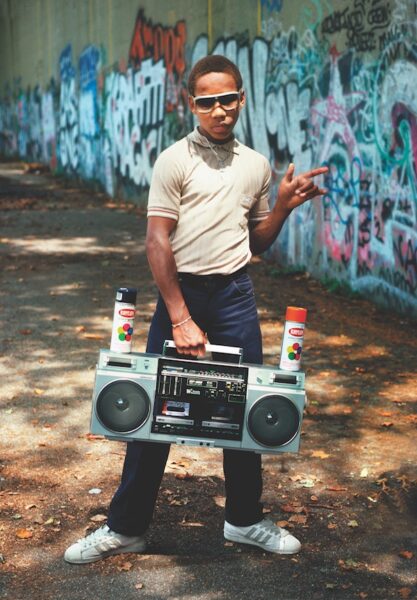 Through music and art, London meets New York, featuring works including FUTURA2000’s legendary 30 ft. painting, made on stage with The Clash, displayed along with the unparalleled contributions from Malcolm McLaren, MODE2 and American photojournalist Martha Cooper. Visitors will also be encouraged to browse and enjoy music at Trash Records, an interactive installation within a fully recreated record shop.

No area of Saatchi Gallery will be left untouched; visitors will be immersed by works and ephemera on view across hallways, tunnels and staircases and will enter rooms exploring the birth of graffiti-like never seen before. These spaces will showcase a wall of Jenny Holzer’s truisms, Henry Chalfant’s photography of NYC train writers in action, together with AIKO’s timeless stencilling of delicate silhouettes and Gordon Matta-Clark’s extraordinary archive of graffiti photography.

The ‘Dream Galleries’ chapter focuses on a selection of American and European originators, photo documentarians and cultural icons who helped contextualize and spread graffiti worldwide. For example, in André Saraiva’s Dream series, there is a visual articulation of how graffiti, street art, hip-hop, punk, fashion and break-dancing all sprung from the late 1970s and early 1980s into the 90s and today and became a hybrid celebration of underground culture. Featured artists include Mister CARTOON, most famously known for his tattooing and Los Angeles murals; an extraordinary Beastie Boys installation featuring fashion and ephemera from the band’s prolific history; and LADY PINK’s feminist murals, illustrations and paintings.

The ‘Legends’ chapter will present icons such as legendary NYC artist Eric HAZE, a torch bearer for generations to come; a new large-scale painting by abstract expressionist artist José Parlá; advertisement posters by KAWS, a prominent creative force; and unique ephemera by Keith Haring, one of the most famous street artists of the 1980s.

The ‘Blockbusters’ chapter will include works commissioned specifically for this exhibition by graffiti trailblazers Shepard Fairey, LA-based activist, and FAILE, a Brooklyn-based artistic duo taking over the streets of NYC since the late 90s.

‘Larger Than Life’ chapter will include a site-specific large-scale installation by LA-based icon Kenny Scharf who will present the largest to date Cosmic Cavern, an immersive and interactive structure of Day-Glo paintings, ephemera, and reused materials found in the streets of L.A. This chapter will also feature the signature puppet characters made from recycled materials by Paul Insect, one of London’s original street art pioneers.

The ‘Timeline’ chapter will deeply dive into street culture history through archival photography, ephemera and fashion to contextualize the cross-pollination of influences across music, fashion and film. This chapter will also include a large wall vinyl by the infamous feminist collective Guerrilla Girls – a deliberate nod to the fact that most street and graffiti artists and most well-known contemporary artists are men.

In the final chapter, ‘The Next Phase, ‘ visitors will engage with new op-art works by Valencia-based artist Felipe Pantone, whose high-contrast, geometric patterns continue to challenge perspective resulting in a distinctive aesthetic of the digital age.

Beyond The Streets London Saatchi Gallery 17 February – 9th May 2023

Spot a cameo of Basquiat in the Blondie Video below