The second major solo exhibition in London of Philip Tsiaras: “The Return of THE SUPERDOT: A Retrospective has been announced by Varvara Roza Galleries and The Blender Gallery.

The retrospective exhibition will feature a historic survey of paintings by prolific international artist Philip Tsiaras, known as ‘The Greek Warhol’, and will run from November 30th to December 23rd , 2022 at Gallery 8, 8 Duke Street St. James’s, London. 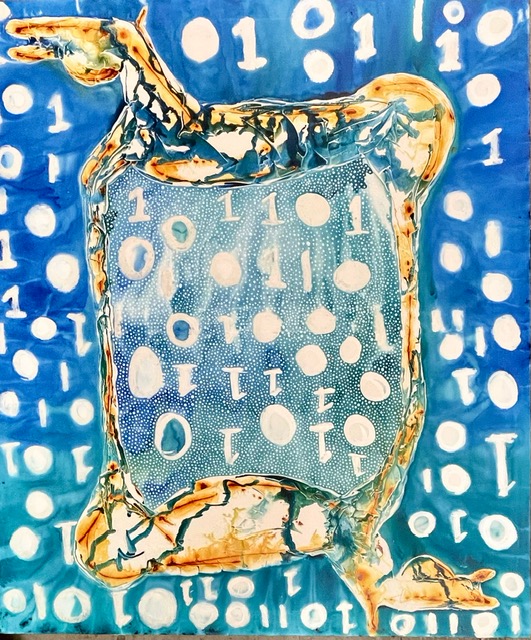 A full-length, hardback book titled “The SUPERDOT”, published by Key Books, will accompany the exhibition. The New York-based artist will attend the invitation only opening event on Wednesday November 30th.

The SUPERDOT is a series of highly detailed, colourful Dot Portraits depicting celebrated and powerful personalities from the fields of art, music, cinema, politics, fashion, and high society. The exhibition will include Tsiaras’s SUPERDOT paintings of cultural, royal, cinematic and musical icon including a new portrait of the late Princess Grace of Monaco (née Grace Kelly), which will be auctioned, unveiled and signed, at a charity gala in Monaco, by Prince Albert of Monaco on November 12th  at Fairmont Monte Carlo. Also featured are new portraits of Elon Musk, Audrey Hepburn and George Michael as well as geopolitical portraits of political figures including Mao and Trump: “Chairman Mao with a Twist” and the “Trump & Putin Duet”, which combine two controversial characters in one Siamese-Twin inspired Super-dotted body.

Philip Tsiaras: “The Return of THE SUPERDOT is also a retrospective of Tsiaras’s dot-related works covering three decades of the use of the Dot, focusing on the artist’s personal obsession with the Horse as the primary subject. Tsiaras’s idiosyncratic and heroic horses traverse time and stylistic trends resulting in a mosaic of articulated sensuality and personal eccentricity.

Tsiaras works in a wide range of media including; painting, photography, glass, ceramic, and bronze. He has exhibited at the Venice Biennale three times and produced a ten-foot bronze sculpture on the Grand Canal entitled “Social Climber”.

Philip Tsiaras’s works are widely collected in corporate, private, and important museum collections including the Metropolitan Museum of Art. Fifteen books and catalogues are attributed to his work, most notably monographs published by Electa and Mondadori books, and a book of photographs entitled, “Family Album” published by Contrasto, Rome. A recent 30-year retrospective of photography entitled Philip Tsiaras SUPEREAL was published by the Museum of Photography Thessaloniki.

His paintings have been described by Artforum as “…lavish and vibrant paintings of extravagant color and intricate formations.”

Renowned Art Critic Donald Kuspit said of the artist: “Tsiaras is, above all, ‘ancient blood in a modern organism’, raised and educated in an advanced American culture; assuming that “Mediterranean” is not only a geographic connotation but also way of understanding a complicated and mutable cultural dimension.”