More than 100 of the world’s leading galleries will descend on the capital for Photo London the capital’s most popular photography fair, 18 – 21 May 2017, at Somerset House on the Strand.

Photo London was created to give London an international photography event befitting the city’s status as a global cultural capital. Founded in 2015, it has already established itself as a world-class photography Fair and as a catalyst
for London’s dynamic photography community. From the capital’s major museums to its auction houses, galleries large and small, right into the burgeoning creative community in the East End and South London, Photo London harnesses the city’s outstanding creative talent and brings the world’s leading photographers, curators, exhibitors and dealers together with the public to celebrate photography, the medium of our time. 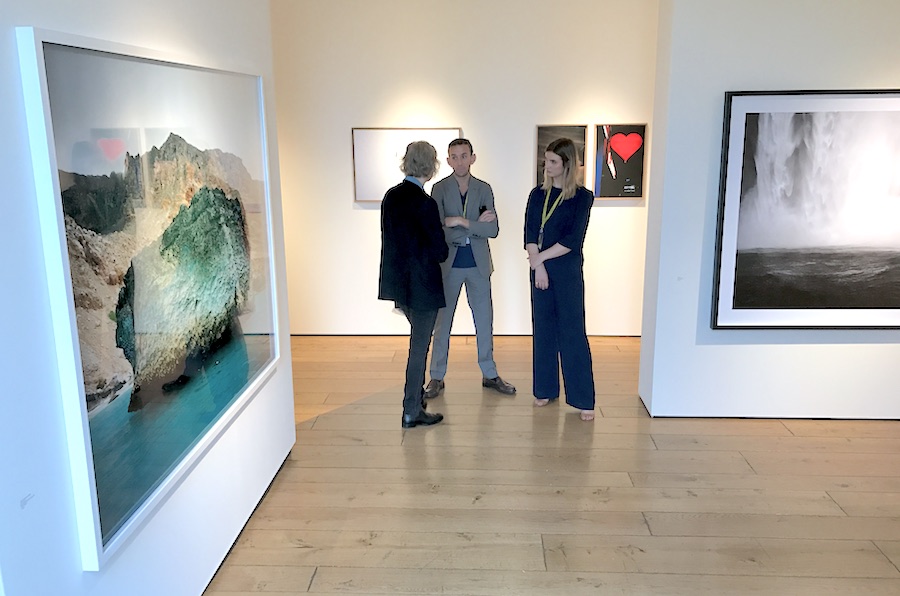 Photo London has announced the list of participating galleries for its fourth edition alongside the Master of Photography and highlights from its Public Programme. Building on the success of the previous three editions, Photo London 2018 will showcase the very best of the past, present and future of photography to a growing international audience. Emerging artists will be presented alongside new work by established masters and rare vintage pieces. The Fair will take place between 17 – 20 May 2018 (Preview 16 May) at Somerset House and tickets are on sale now at photolondon.org.

The fourth edition of the Fair will include 101 galleries from 18 different countries: Austria; Beirut; Brazil; Canada; China; Denmark; France; Germany; Hungary; Iran; Italy; Japan; Mexico; Netherlands; Spain; Switzerland; UK and USA. The galleries exhibiting in 2018 were selected by an expert Curatorial Committee led by Philippe Garner, Former Director at Christie’s and International Head of Photographs and 20th Century Decorative Arts and Design. This year for the first time, a selected group of participating galleries have created special projects: Olivier Castaing/School Gallery (Paris) who will present an installation on ‘1968’; Hans P. Kraus Jr. (New York) who will curate a major exhibition on the legacy of William Henry Fox Talbot with vintage prints shown alongside contemporary artworks by Adam Fuss, Cornelia Parker, Hiroshi Sugimoto, Mike Robinson and Vera Lutter; and White Cube (London) who will create a solo show by Darren Almond.

In 2017, Photo London inaugurated its Discovery section – a showcase for emerging galleries and artists – and the 2018 edition, curated for the second time by Art Consultant and Curator Tristan Lund, will be considerably expanded. The 22 galleries featured in Discovery include a strong group from London alongside some international galleries including LhGWR (The Hague), Jo van de Loo (Munich), Espace JB (Geneva), Kana Kawanishi (Tokyo), Almanaque (Mexico City) and On Gallery (Beijing). 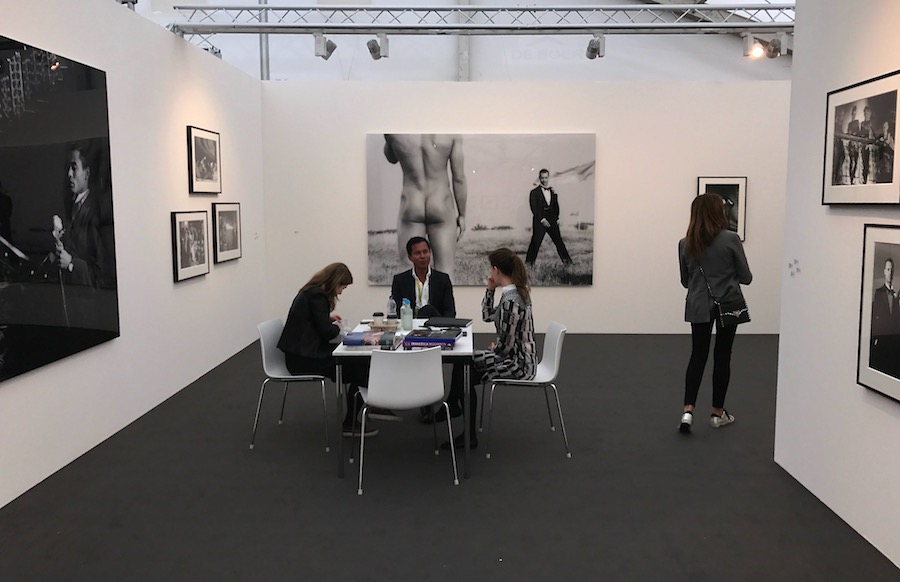 Photo London is delighted to announce Canadian fine art photographer Edward Burtynsky as its Master of Photography for 2018. Burtynsky’s practice eloquently chronicles human impact on the planet, and his images are widely regarded as key visual documents of our time. As part of Photo London’s 2018 Public Programme, Burtynsky will present a special exhibition of new and rarely-seen work including a preview of his latest project Anthropocene. Known for pushing the technical limits of photography in his work, Burtynsky will also present a newly developed Augmented Reality (AR) experience.

Burtynsky is currently engaged in a five-year project on the Anthropocene, a proposed name for our present geological age in which humans have had a profound influence on the earth and its systems. A multi-disciplinary endeavour with longtime collaborators Jennifer Baichwal and Nicholas de Pencier, the Anthropocene exhibition will feature images exploring diverse subjects such as urbanisation, industrialisation and extraction, from oil bunkering and sawmills in Nigeria to the salt mines of the Ural Mountains; at once conveying the sublime qualities of human-marked landscapes and the unsettling reality of sweeping resource depletion. “We’ve had five great extinctions,” Burtynsky says, referring to prehistoric devastations from the “Great Dying” of the Permian eruptions to the asteroid that wiped out the dinosaurs. “Now our species is having a similar effect—we are the equivalent of a meteor impact.” Co-presented by the Art Gallery of Ontario and National Gallery of Canada, and co-produced by MAST Foundation in Bologna, Italy, the Anthropocene exhibition will open in September 2018 in Toronto and Ottawa.

To accompany the exhibition at Photo London, supported by the High Commission of Canada, Burtynsky will be speaking as part of the acclaimed annual Photo London Talks Programme on Thursday 17 May. The full Talks Programme, which is supported by Arts Council England, will be announced in early April, with speakers already confirmed including Joel Meyerowitz, Cornelia Parker, Susan Lipper, Bruce Gilden, and Vera Lutter. 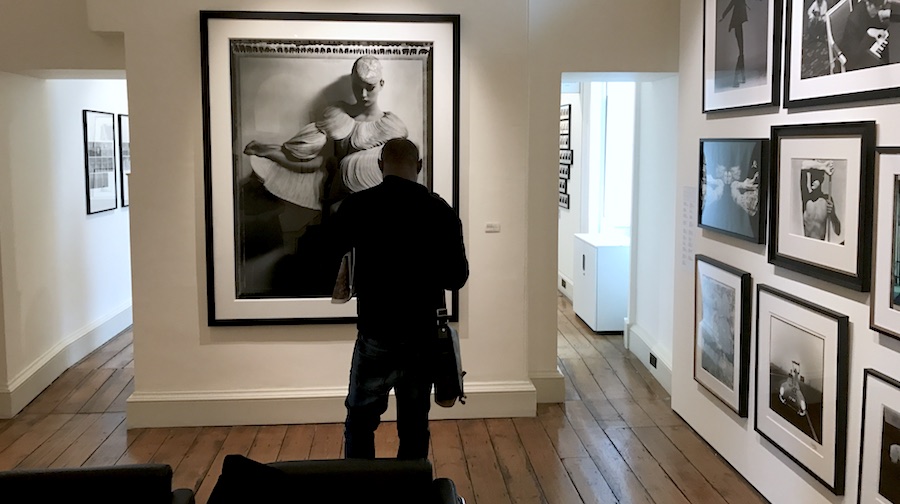 The 2018 Public Programme will feature still and moving image, as well as new technologies, in a series of special exhibitions taking place throughout Somerset House during the Fair. In addition to the special gallery projects, highlights will include Exit from Paradise: Japanese & Chinese Contemporary Photography, presented by the distinguished Korean curator Jiyoon Lee Director of SUUM (Seoul) and special photography themed installation created by the renowned set designer Es Devlin.

Michael Benson and Fariba Farshad, Founding Directors of Photo London, said: “We are thrilled to present such a strong line-up of exhibitors and exhibitions for the fourth edition of Photo London. We are honoured to be able to present Edward Burtynsky as our 2018 Master of Photography. Ed is one of the great image makers of our times and a great champion of photography and sustainability, and so it is particularly fitting that we celebrate his work in the same year that another great project, the Prix Pictet – the world’s leading award for photography and sustainability – celebrates is the tenth anniversary. Photo London has established itself as world-class photography fair and as a catalyst for London’s dynamic photography community, and we’re pleased to see its continued growth year on year. The 2018 edition of Photo London is set to be the biggest ever, and we look forward to showcasing the very best of the past, present and future of photography for our visitors to Somerset House in May.”

The Geneva-based Pictet Group, one of Europe’s leading asset and wealth management organisations, were announced again as sponsors of Photo London. Stephen Barber, Equity Partner and Head of Communications at Pictet, said, “We are delighted to be a lead sponsor of the Photo London fair for the third successive year. Since its launch in 2015, we have seen Photo London blossom into a fixture on the London cultural scene. Its reach and its reputation are equal with the best in global photography gatherings.”

Tickets on sale now at photolondon.org