This year’s annual Sculpture in the City’ exhibition (launching on 27 June) will include works from international artists including Sarah Lucas, Sean Scully and Marina Abramovic. The exhibition will also introduce three new commissioned works. The artworks will be displayed close to some of the City’s most famous buildings, including 30 St Mary Axe (‘the Gherkin), The Leadenhall Building (the ‘Cheesegrater’), as well as new locations for this, including historic corners of the City, Heneage Lane and Hartsthorn Alley.

This will be Sculpture in the City’s eighth edition, the artworks are spread further than ever across the Square Mile, including four new locations and ranging greatly in form and scale. To tie in with celebrations taking place this year to mark the centenary of female suffrage, nine of the artworks have been created by emerging and established female international artists, supported by the City of London Corporation’s Women: Work & Power campaign.

In 2018, Sculpture in the City will include two sound projects, a new venture for this year’s edition, challenging the idea of public art. Marina Abramovic’s Tree (1972) will present visitors with the sound of birdsong, with an insistent, distorted repetition, enclosed within a tree at 99 Bishopsgate. Miroslaw Balka’s ‘The Great Escape,’ the second sound piece will be located in Hartsthorn Alley and will feature the iconic film’s theme tune being repeatedly whistled, each time providing a slightly different rendition.

Sarah Lucas’ life-sized bronze Clydesdale horse Perceval (2006), a homage to English culture, will be displayed at Cullum Street. Adjacent to St Helen’s churchyard, Nancy Rubins presents her Crocodylius Philodendrus, (2016-17) a large-scale bouquet-like arrangement comprised of a wide range of animal forms cast in iron, bronze, brass and aluminium. Across the street, neighbouring the Leadenhall Building, Jean-Luc Moulène presents Body (2011), a glossy aerodynamic form composed of twelve colourful sections, celebrating artistic and industrial reflections on form and mobility. Next, to the Gherkin, Gabriel Lester’s The Adventurer, 2014, is a site-specific work presenting an infinite maze of rotating poster designs incorporated into a seating structure.

Made by one of the two Royal Academicians participating this year, Stack Blues (2017), a three-dimensional abstract sculpture from Sean Scully’s longstanding series, Landline, will be present outside Willis Towers. In a walkway to the side of the Gherkin, Tracey Emin’s neon work Your Lips Moved Across My Face (2015), highlights the power of intimate and cryptic messaging, replicating the lines of the artist’s script as it appears on paper. Karen Tang’s interactive and playful sculpture, Synapsid (2014) will remain on view this year drawing the viewer into its apertures.

Accompanying these works is Shaun C Badham’s I’M STAYING (2014), a neon artwork situated in Leadenhall Market, a unique fit mirroring the historic market’s resilience over the centuries as the landscape around it has changed. Further towards the Cheesegrater, Thomas J Price’s three large cast aluminium heads, Numen (Shifting Votive) One, Two and Three (2016) greet visitors on the way to Richard Rome’s Pepper Rock at the corner of Bishopsgate and Wormwood Street, close to David Annesley’s large coloured geometric abstract sculpture, Untitled (1969). 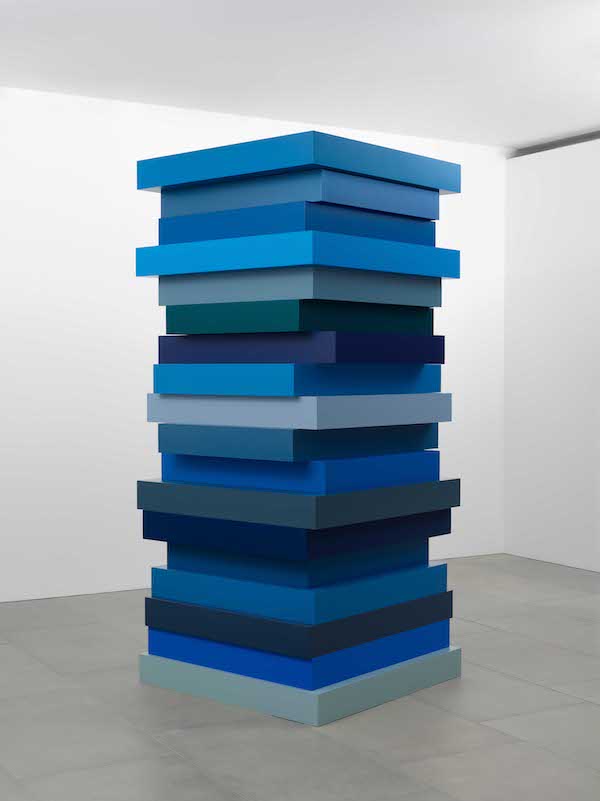 This year, three new artworks by female artists will be exhibited for the first time, two commissions and one new site-specific work which is part of a series. Jyll Bradley’s Opening the Air in St Helen’s Square is a three-dimensional drawing made up of a field of fluorescent Plexiglas etchings. In a City dominated by glass structures, this work reflects upon the fact that the first ‘glasshouses’ were built for green growth. In Leadenhall Market, Amanda Lwin presents A Worldwide Web of Somewheres, a textile map of the City of London with lines that highlight the underground infrastructure in the City, which follows on from her series Capricious Cartography. Finally, Clare Jarrett, will display Sari Garden, a work consisting of lengths of vibrant Indian sari material hanging between Victorian lampposts.

Sculpture in the City has built a rapport with many who live in, work in and visit the City of London. Over the past eight years, Sculpture in the City has gained attention for bringing both established international artists and rising stars to a broad public. With works juxtaposed against the tall buildings in the Square Mile, this open-air exhibition not only enriches the workday experience of City workers, but draws cultural visitors into this most ancient part of the city. 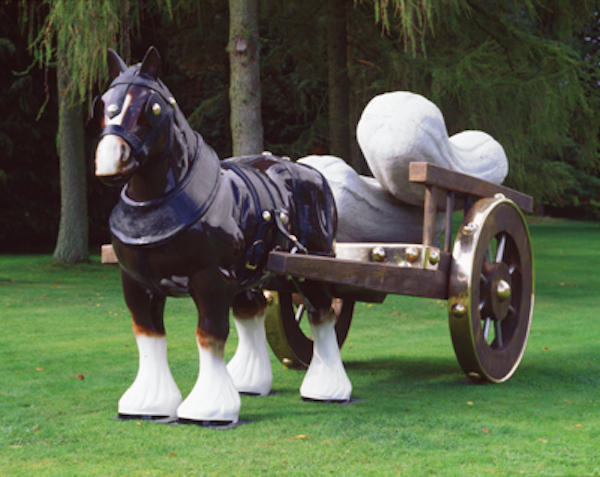 Graham Packham, Chairman of the City of London Corporation’s Culture, Heritage and Libraries Committee, said:
‘Sculpture in the City is hugely popular with workers, residents and visitors in the Square Mile, and is underpinned by a successful partnership forged between the City of London Corporation, the art world, and local businesses. These leading art works enliven the Square Mile, generate debate among those who view them, and our support for Sculpture in the City underlines our commitment to promoting the arts and culture in the City.’

City Sculpture Fest – Saturday 30 June – On 30th June 2018, Sculpture in the City will host the first-ever City SculptureFest, from 10.30am until 4pm, and taking place at St Helen’s Piazza, under The Leadenhall Building and Undershaft. Members of the public will have the opportunity to discover this year’s sculptures with family-friendly tours and trails and take part in an exciting range of activities exploring sculpture and architectural design.

The festivities take place in an area that originally housed a medieval maypole – architectural and engineering collective Scale Rule respond to this with a contemporary centrepiece for the event – ‘City in a Sculpture’. This collaborative structure will incorporate work from students participating in SITC workshops and visitors can add their own contributions throughout the day. Nearby, a colourful Tatty Devine Craft jewellery making activity inspired by May Day activities will create a vibrant reminder of the area’s history.

Other activities include a sound workshop by Archivate Collective, drawing activities led by Smartify and artist Julie Leonard, a family treasure trail and photography tours.
An exhibition of creative work by students taking part in the SITC workshop programme celebrates their contribution and shares their unique perspectives and experience of this urban environment.

Previous editions of Sculpture in the City featured works by: