Sculptures by the LA-based Artist Sterling Ruby will be the feature Britannia Street exhibition at Gagosian over Frieze Week. This is his first solo exhibition with the gallery in London. On view will be works from two series, ACTS (2008–18) and TABLES (2015–19).

In an oeuvre spanning sculpture, ceramics, painting, drawing, collage, video, and garments, Ruby continually returns to themes of societal and art historical friction, generating feelings of anxiety and agitation by contrasting clean lines and recognizable objects with coarse and uncanny forms. ACTS + TABLE lays out Ruby’s critique of the authoritarian, exclusionary ideological underpinnings of Minimalism. He begins with familiar shapes valued by the Minimalists—simple tables and rectilinear blocks—but subverts them by defacing their smooth surfaces and exposing their physical means of production. 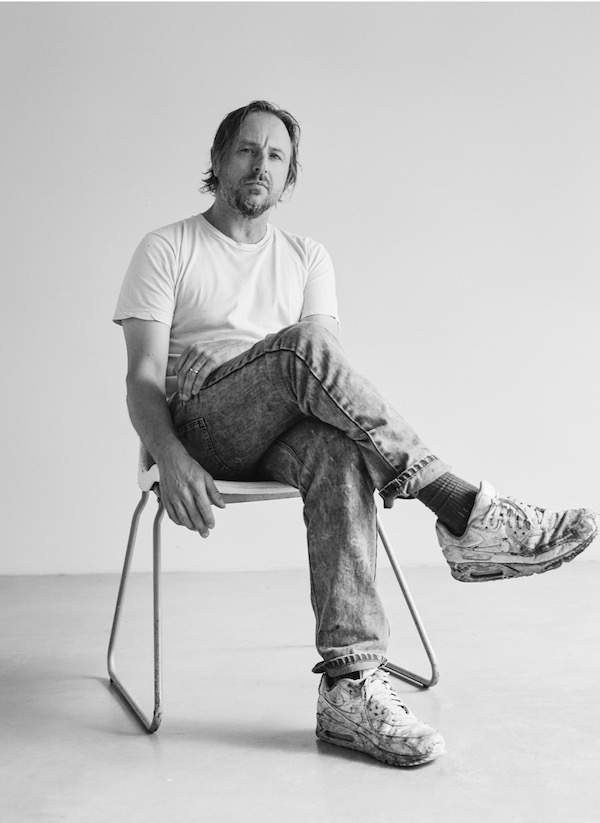 In ACTS— short for “Absolute Contempt for Total Serenity”—Ruby captures liquid dye inside clear urethane and balances these pure prisms atop scuffed, inscribed, and spray-painted Formica bases. These works expand upon his earlier Formica sculptures such as Big Grid/DB Deth (2008), a scratched-up monolith that exudes a cold, prisonlike institutional menace. In ACTS, the juxtaposition of unfeeling laminate slabs against vibrantly pigmented urethane is a potent one; it transforms the urethane from a passive, glassy vitrine into an active agent of incarceration that suffocates the blossoming furls of dye.

I use many different media as a kind of schizophrenic labor strategy. It seems very easy now to say it, but it has taken me years to convey that this scattered routine belongs within a coherent trajectory. . . . There is a lineage that links everything that I do together.  – Sterling Ruby

The exhibition also includes TABLE (DOUBLE LAST SUPPER) (2019), the culminating work of Ruby’s TABLES, a series that explores the concept of personal and cultural archaeology. In 2015, Ruby moved into a gargantuan studio outside of downtown Los Angeles and salvaged the welding tables left there from the building’s erstwhile function as a manufacturing warehouse. By affixing jutting metal pipes, faucets, and frying pans to the tables and covering them with tumorous masses of solder, Ruby stratifies and memorializes every act of labor that once took place on their surfaces, whether by the hands of workers from the building’s previous life or of the artist and his studio. The table—whose name and adornments reflect Ruby’s own rural upbringing in a faith-dominant area of Pennsylvania—becomes a hulking, organic archaeological remnant from some unnamed human history.