Recent years have seen a resurgence of interest in ceramics from artists and the public, from the popularity of The Great Pottery, Throw Down to Theaster Gates’ The Question of Clay, a multi-institution project in 2021-22 across Whitechapel Gallery, Serpentine and the V&A that investigated the making, labour and production of clay, as well as its collecting history. Now, the Hayward Gallery gives us 23 international artists who stretch the medium itself, going beyond vessels into assemblage, sculpture and installation while examining the plasticity and possibilities of ceramics. As the exhibition’s curator, Dr Cliff Lauson, notes, by using “innovative methods and techniques”, these artists “push the medium to its physical and conceptual limits.”

Edmund de Waal, writing about the 2004 Tate Liverpool exhibition A Secret History of Clay, noted that critics had been quick to see the award of the Turner Prize in 2003 to Grayson Perry as “the coming of age for craft” and that “whilst exploring the often complex and extended field of possibilities that constitutes the use of clay over the past one hundred years,” it was nonetheless striking to what extent the exhibition was “informed by the form of the vessel.” However, despite the involvement of de Waal and Perry in this exhibition, what is striking is the extent to which ceramic artists have moved beyond the form of the vessel.

Perry’s pots are primarily stages for the plays of social attitudes he paints. In contrast, de Waal’s installation plays with the shapes and shadows formed by his minimalist pots when displayed in vitrines hung from above and viewed from below. Neither are the vessels displayed as the primary point conceptually or the main object to view.

Installations are very much the order of the day here. Several relate to the inspirations of myth or fantasy, including Klara Kristalova’s botanical installation featuring plants – roots, moss, grass and branches – within which ceramic sculptures of fantastical creatures are set, evoking the woodland settings of many fairy tales. Serena Korda’s tear-embellished ceramic bead necklace And She Cried Me a River, is inspired by the myth of Parthenope but connects to the pandemic and our collective experience of grief. Others, such as Lindsey Mendick’s Till Death Do Us Part, explore the domestic realm as a site of conflicts and negotiations by reflecting on the ambivalence of domestic settings and relationships while representing the home as a battleground where vermin infiltrate every corner of the house. 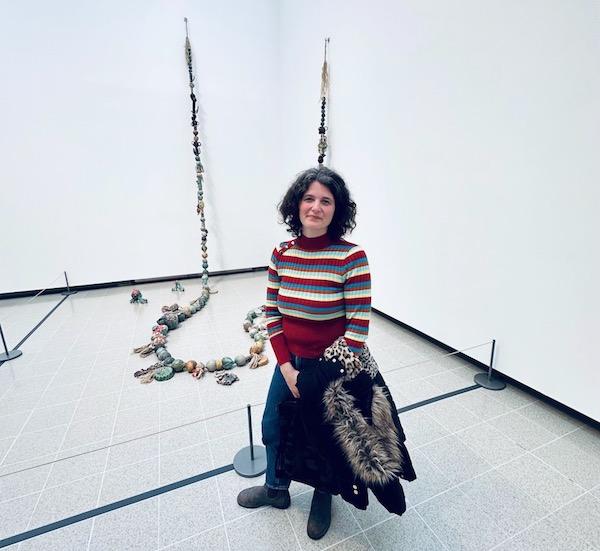 Serena Korda’s tear-embellished ceramic bead necklace And She Cried Me a River,

Humorous and surreal encounters between daily life and incongruous materials also feature in Emma Hart’s ‘windscreens, formed of ceramic tiles collaged into metal folding frames. Drawing on the absurdity of using clay for windscreens, these frames are displayed as cars stuck in a traffic jam. Woody De Othello also reimagines the mundane with a humorous twist while offering a serious reflection on society and race. His surreal clay sculptures modify and distort the shapes of household objects into oversized, playfully animated forms.

The anthropomorphic nature of De Othello’s forms often draws on his Haitian ancestry and Yoruba culture by suggesting these are objects that spirits inhabit. Similarly, Salvatore Arancio explores nature as a catalyst for spirituality by creating in It Was Only a Matter of Time Before We Found The Pyramid and Forced It Open a healing space, inspired by the lava tree moulds of tree trunks in Lava Trees State Park in Hawaii.

Others, like Takuro Kuwata, experiment with the building blocks of ceramics – clay and glazes – pulling these mediums in unexpected directions. Glazed with elaborate colours, Kuwata’s ceramics radically reinterpret the shape of the Japanese tea bowl or chawan. His glazes and techniques, which include the embedding of small stones in the clay to erupt during firing and puncturing the surface, all serve to create unique and surprising organic forms that evoke cooling lava and sun-baked mud.

His controlled accidents embrace imperfection, as do many other artists here. Liu Jianhua incorporates cracks, fingerprints and other imperfections in his seemingly uniform white porcelain reproductions of toys, household goods and clothing from family and friends. These descend the gallery walls before gathering in discarded piles at the base. Regular/Fragile was created in response to a series of aviation disasters in China and uses porcelain’s inherent fragility to reflect on the vulnerability and value of human life.

The artworks included here address topics that range from architecture to social justice, the body, the domestic, the political and the organic. David Zink Yi’s giant ceramic squid, Untitled (Architeuthis), sprawls across the gallery floor, spanning more than 5 metres and lying in what appears to be a pool of its ink. Like Jianhua reflecting on the fragility of human life, Zink Yi reflects on the fragile boundaries between sea and land, familiar and strange, life and death. 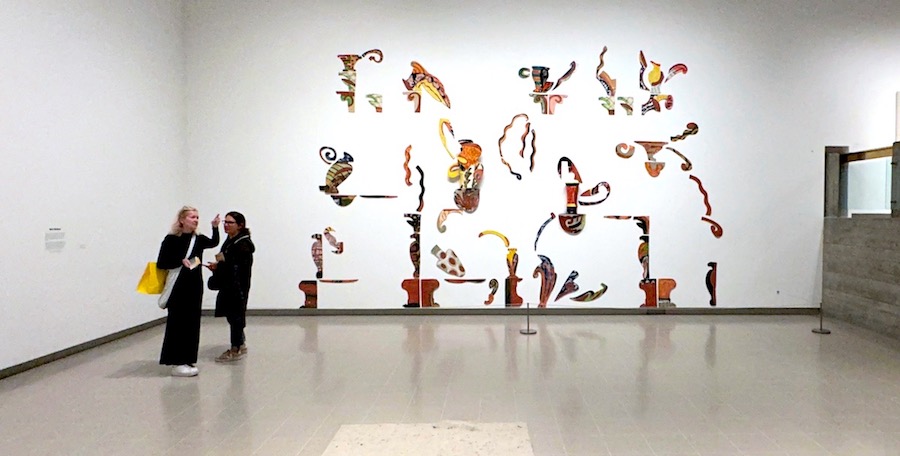 While not neglecting pioneers like Ron Nagel, Ken Price and Betty Woodman, who first created a fusion between ceramics and contemporary art, this exhibition focuses primarily on ceramic artists who are taking the medium and craft to new places and in new directions. As Ralph Rugoff, Director of the Hayward Gallery has said, the artists shown here produce work that “celebrates the medium’s special characteristics” while “inventively redefining the place of ceramics in contemporary art.”