The big new Thames & Hudson book Shaping the World, by Antony Gormley and Martin Gayford, turns out to be a good deal better than the truly appalling plug for it recently published in The Sunday Times’ Culture Magazines, but it still exhibits a few problems.

It’s declared aim is to reflect visual culture throughout history, from the Paleolithic era to the present, but to do this in three-dimensional objects, not in painting. This is all very well until it reaches today’s avant-gardism when it skitters away into celebrating installations and performances. Not only do these tend to be ephemeral – in the most literal sense ‘here today and gone tomorrow’ – but the celebration tends to veer away into lauding protagonists for who they are, for their fiercely promoted personalities, rather than for what they did or do. The much-publicised Marina Abramovich offers a case in point. ‘The artist is [or was] present’, but for how much longer will she be able to cling to collective memory? She’s not gone yet, in the purely physical sense. Still, she is already I think beginning to fade, particularly from the recollections of those – the vast majority – who maybe heard about her or read about her, or saw photographs or videos, but who never came into her physical presence. She was the would-be founder of a cult, but very few cults of this sort – though among the exceptions are those of the Buddha, Jesus and Mohammed – are destined to last.

Another problem with the book is the relative lack of women artists. This is understandable. In the remoter reaches of the past, the gender of the creators is unknown to us. A Paleolithic idol may be visibly female, but we have no information about the person who made it. This is also true of more recent tribal works, for example, those from Africa. In the history of Western art, the artists are mostly men. This applies even more particularly to artworks, such as significant sculptures, in three dimensions. Creating these required a greater degree of physical strength. In the later chapters of the book, Gormley and Gayford struggle with this but might have done better. There is no mention of Judy Chicago, the pioneer of feminist art, though Chicago’s famous The Dinner Party is a major three-dimensional artwork. There is also no mention of the Japanese artist Yayoi Kusama. However, her iconic Pumpkins are often three dimensional and her Mirror Rooms are explorations of space and of the spectator’s (or, more accurately, the participant’s) experience of space.

Though the illustrations are fully international, some cultures get much more attention than others. One gets the impression that the authors are not fans of African tribal art. There is no illustration, for example, or even a mention, of one of the so-called Benin Bronzes – sculptures made from the thirteen century onwards in what is now Nigeria. Wikipedia tells one that: ‘Initially it appeared incredible to the discoverers [from Europe] that people “supposedly so primitive and savage” were responsible for such highly developed objects.’

The artist who gets the most illustrations is Antony Gormley himself – thirteen altogether: a good number more than anyone else. One of these is of The Angel of the North (1998), the sculpture that established his reputation. It well deserves its place. I remember the impact it made on me when it was first installed on the site where it now is, and I attended its inauguration. However given this number of Gormley images in the latter part of the book, it more and more begins to seem like an extended meditation, not on the history of art made in three dimensions, but on how Gormley became Gormley, a central figure in the art of his time. I don’t, begrudge him this, but the book isn’t quite what he, or his co-author (the text is written as a dialogue), or his publisher tells you it is. The fully universal book on world sculpture has yet to be written. 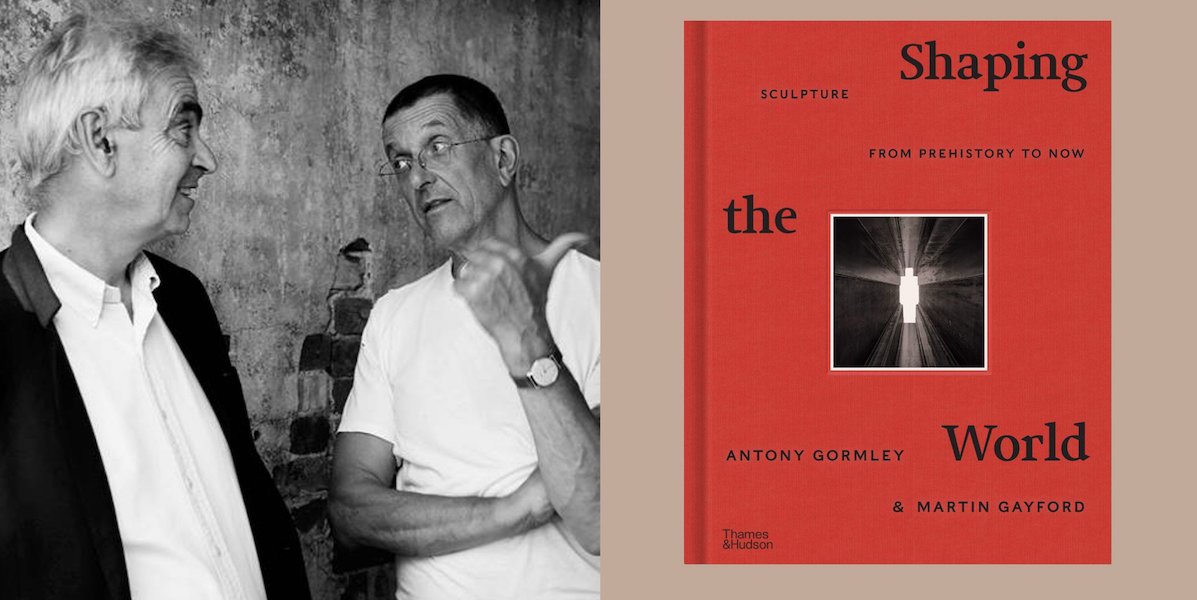