The third edition of ART15 and the debut of Photo London over the same late May week. Cross-over was minimal – I spotted only a couple of works in both fairs, and only a couple of galleries rather heroically did both.
Neither was excessively crowded, and they occupied their spaces well: Somerset House’s succession of rooms has proven its suitability through the African fair 1:54, and Photo London confirmed that. Across town, Art15’s use of Olympia was a good deal more convincing than Art14’s had been. Both had good programmes of supporting talks and events plus special displays.
Quality was much patchier at ART15, but given their sizes, both fairs provided more than enough material of interest to be plausibly absorbed in a 3 or 4 hours. Both lack what might take them to the next level: Photo London’s 100 or so galleries and displays covered the premium specialist photography galleries, plus nationally prominent generalist galleries with a rich photographic stream. What it lacked – and which Photo Paris had last year – was photographers presented by such international heavyweights as Gagosian, David Zwirner and Thaddeus Ropac. ART15, one might say, has nationally prominent galleries from the less significant nations in terms of art commerce (Hong Kong, Taiwan, India…) but decidedly modest firepower from the more prominent nations (UK, USA, Germany). 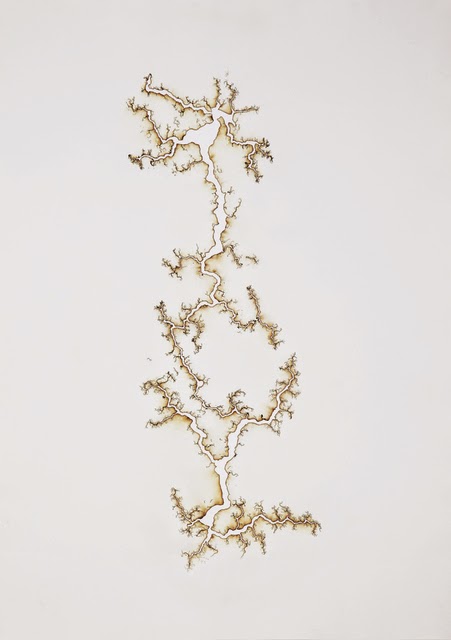 ART15 opened at Olympia on Wednesday night. Choose a category and here’s my pick from a decidedly uneven fair which nonetheless has plenty of good things in it:
Two hander 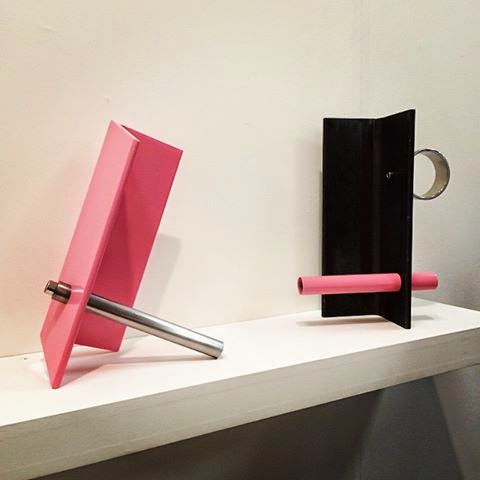 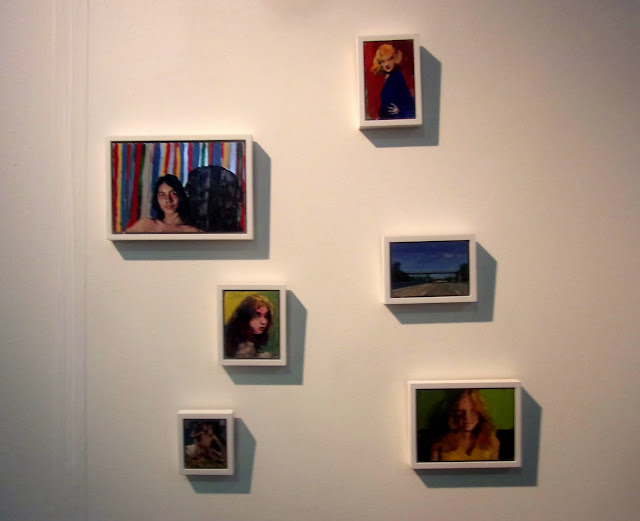 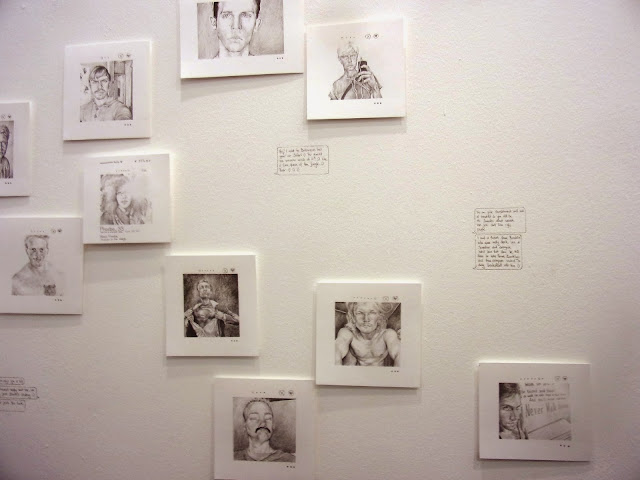 Graham Fink – drawing with his eyes only at Riflemaker

Photos not in Photo London 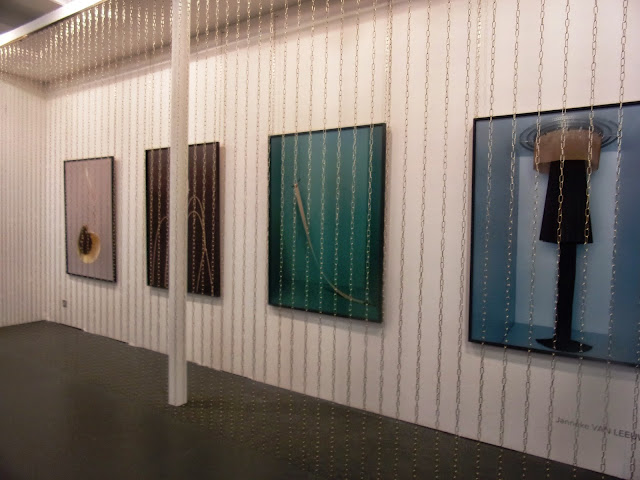 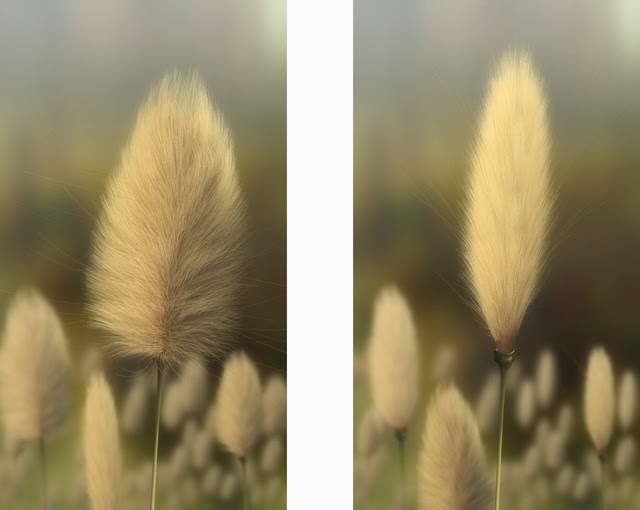 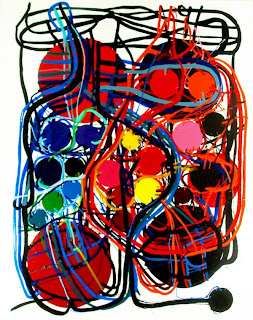 Atsuko Tanaka (1932-2005) at Tezukayama Gallery, Osaka  – selection of the youngest Gutai artist’s post-Gutai abstractions (she was a member 1955-65) echoing her famous electric dress – above is Untitled from 1986.
Curated stand
Frameless Gallery – rarely-seen Fontana and Nicholson as triggers for three pairs of works  by younger artists showing process and results alongside each other. 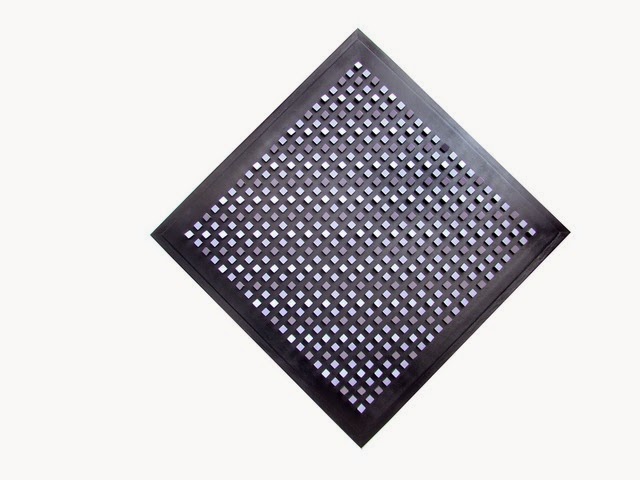 Luis Tomasello – . Objet plastique N. 735, 1994 – an unusual two-coloured diamond with many colour variations caused by the light and angles at Kanalidarte, Brescia
Prints 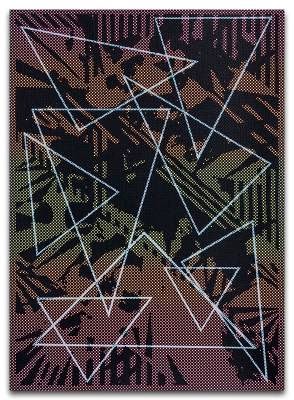 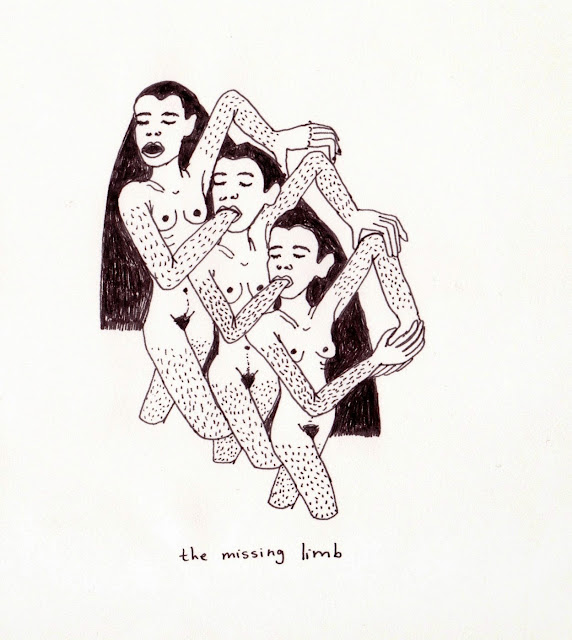 Marylene Steyne at Lychee One 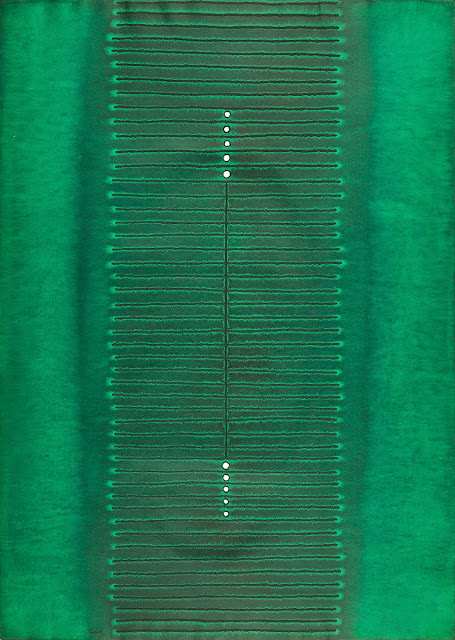 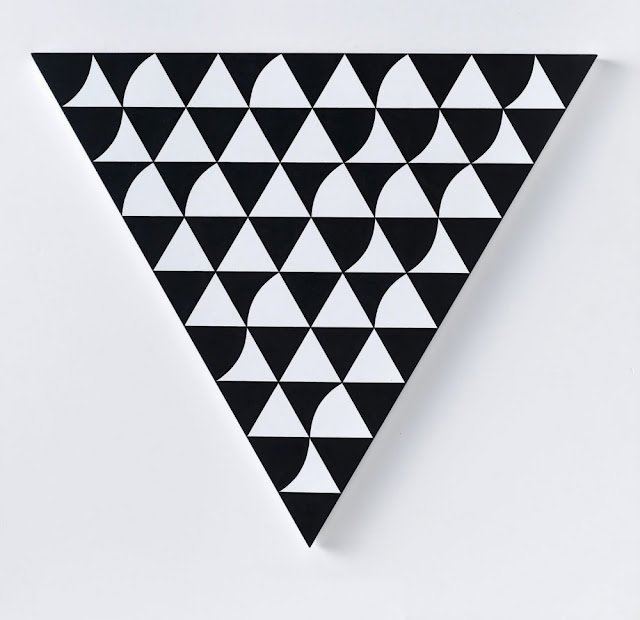 Two new Bridget Riley paintings –  Start Over I and II (above) triangular, and fresh from the studio
Life Project 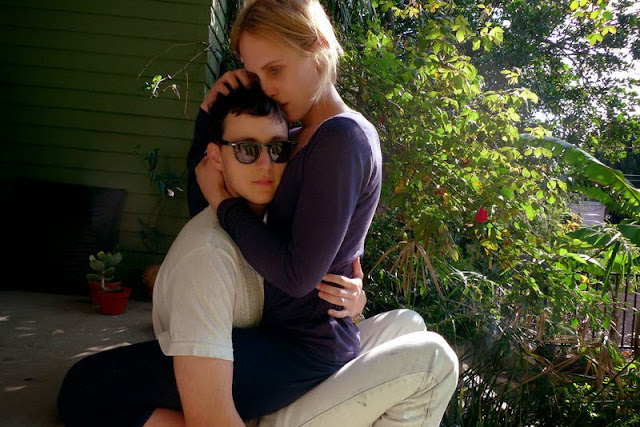 Hard not to be struck by Zackary Druker and Rhys Ernst’s photo set Relationship, 2008-13, depicting themselves as ‘a transgender couple whose bodies are transitioning in opposite directions through hormone treatment’ – Drucker male to female, Ernst female to male…
Best associated exhibition
Maddox Arts (stand highlights: Nicolas Feldmeyer and Troika)  ‘Weight for the Showing’ and Friday 8 pm performance at the gallery near Bond Street!
Worst Work
A hotly contested category, but I was particularly taken by Joonsung Bae’s entry at the Albemarle Gallery, a lenticular piece in which old master figures lost their clothes as you walked past 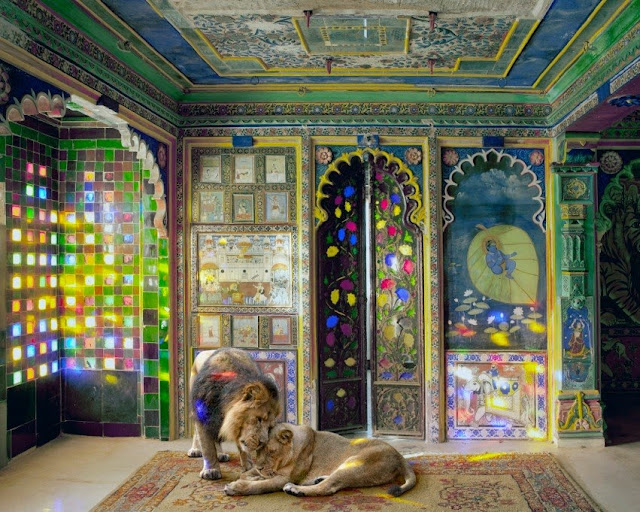 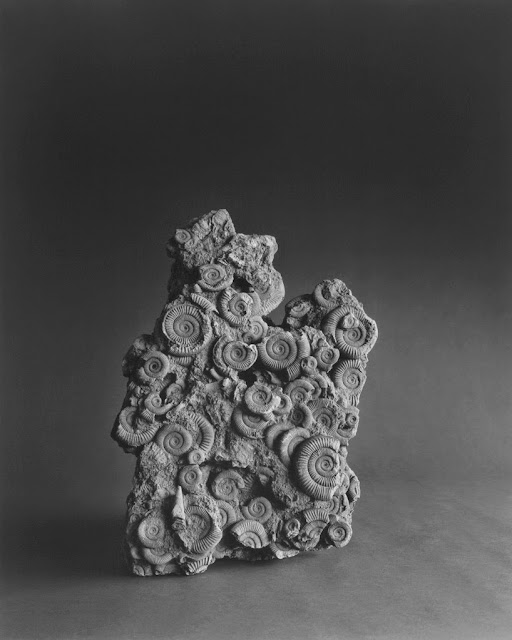 The great Japanese photographer’s own collection of fossils pictured as the effect of ‘geology as camera, ie Pre-photography Time Recording Devices ’

Peter Liversidge at the Ingleby Gallery 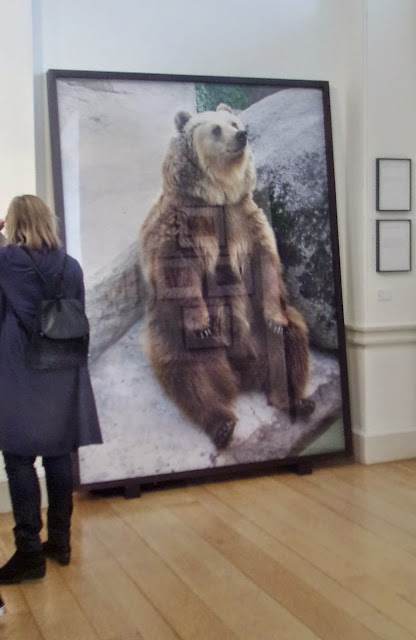 Peter Liversidge is perhaps better-known for making propositions than for the proportion which are realised, here that of blowing up a zoo image from his i-phone to an impressive life size in “Photograph Taken Whilst Walking (Ursus Rictus)” 2009 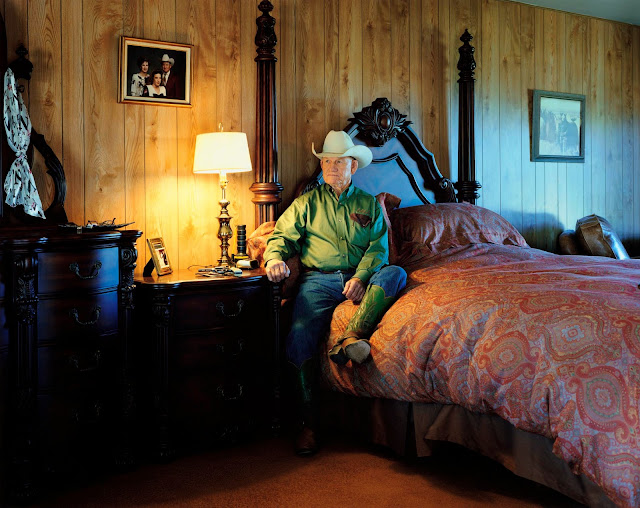 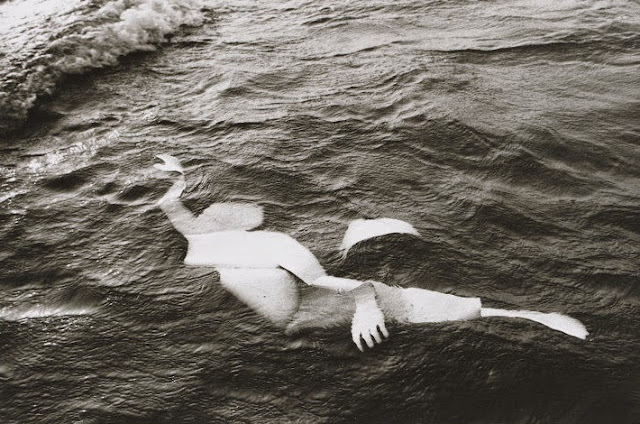 The V&A’s rich rooms included Water from the 1977 series Dissolving of Bodies, in which the great photogrammer exposed life-sized images to the elements.
Polixeni Papapetrou at Gallery Pavlova 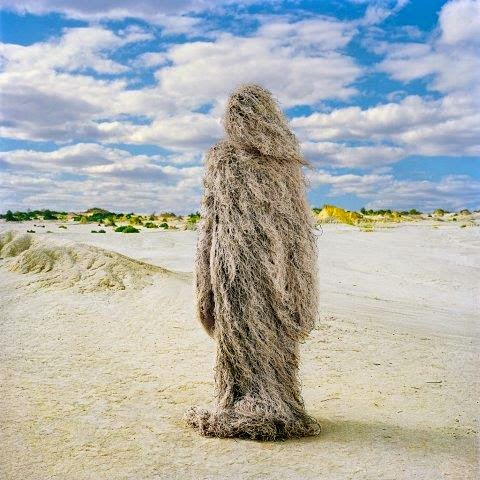 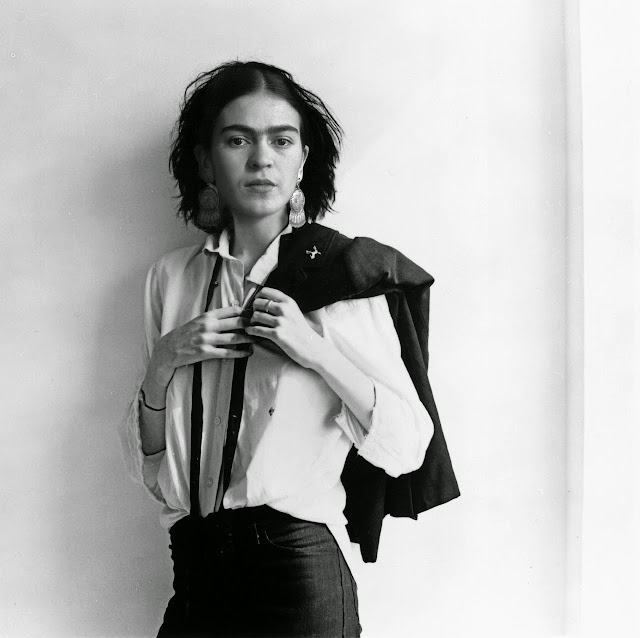 Frida / Patti, a spooky digital merger of Kahlo and Smith, can stand in for pushing digital processes: there was less of it than you might expect, but the whole room of Stephen Wilkes’ ‘Day to Night’ series was another prominent example.
Corinne Mercadier at Les Filles du Calvaire 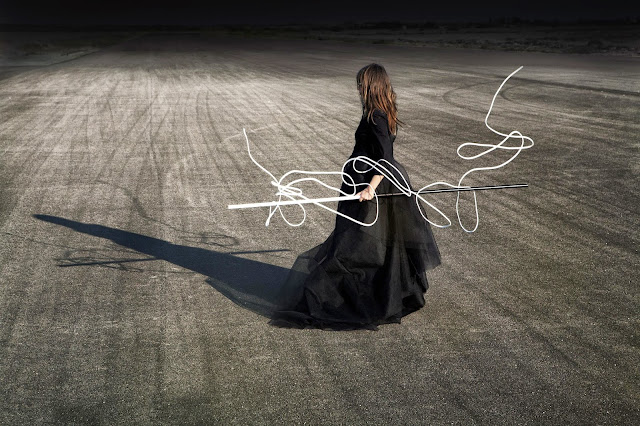 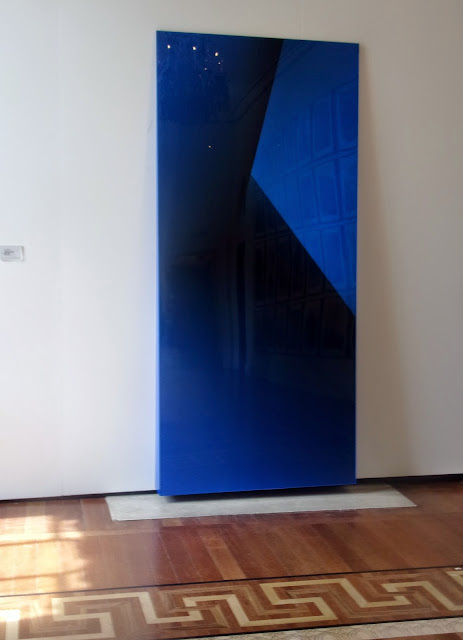 Perhaps the best room in the fair included one of the Newcastle-based photographer’s intense, minimalist, sculptural zooms in on mapping data,