The much-anticipated Artemisia Gentileschi exhibition at the National Gallery in London will open next week. Many were disappointed by its postponement due to the COVID Pandemic. For those who can’t make it to the exhibition, there is a surprisingly complete representation of her work on the web, and many of the images are copyright free. Artemisia does not seem to have been an especially prolific artist. Still, the number of different images available are about twice as many as one might hope to find in an NG show devoted to her, when and if this finally opens its doors to the public. 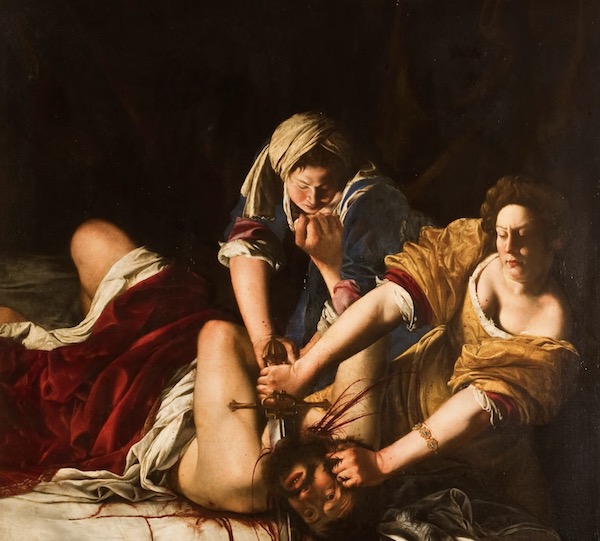 Her range of subject-matter was, however, distinctly personal. There are, for example, very few portraits, as opposed to self- portraits, and fewer still that represent male sitters. One such is the portrait of the military architect Antoine de Ville, now in an American private collection. When it was exhibited recently, the catalogue description offered clues concerning the artist’s attitude. The subject’s pose, it tells us, offers: “An overly assertive gesture… most likely in an attempt to provide insight into the character of the subject.”

More expected in her work are the paintings on Old Testament and classical themes. Some of these represent women taking their revenge on men. One favourite theme is Judith about to kill or having just killed Holofernes. There is also an image of Samson betrayed by Delilah. But more often it is the woman who is betrayed – Susannah and the Elders, Lucretia raped by Tarquin, Cleopatra pressing the asp to her bosom. 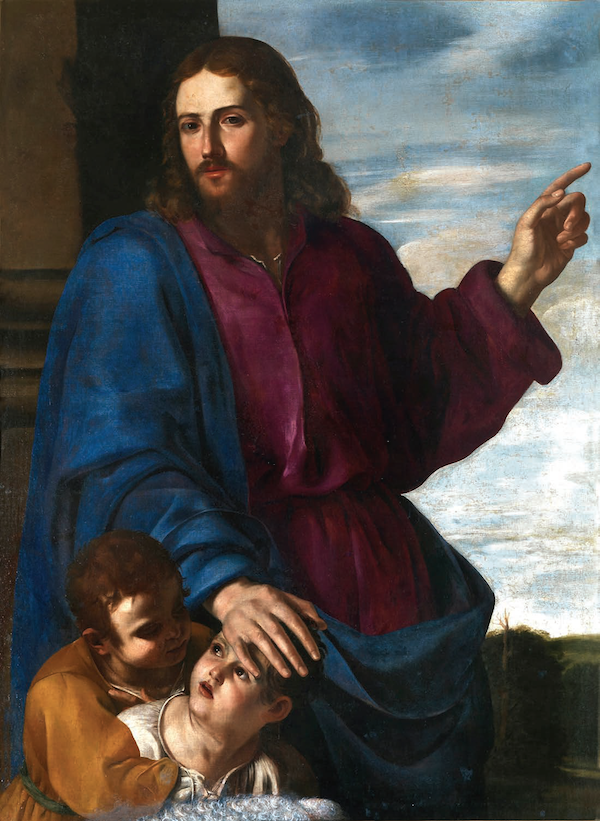 Artemisia also, from time to time, portrayed herself in the role of an Early Christian martyr holding a palm, as in the painting recently acquired for the collection of the National Gallery, which previously had no example of her work. The slightly sideways glance makes it clear that for this work, Artemisia was her own model.

These paintings echo in various ways a central event in the artist’s own life. Her father, the painter Orazio Gentileschi hired a fellow artist Agostino Tassi, to further his daughter’s education. Tassi raped her, and an ugly court case ensued. Though Tassi was condemned and banished from Rome, before this Artemisia was tortured in the courtroom, to confirm that her testimony was true. Tassi endured no such rough treatment.

However, when one looks at these images of women getting their own back, or else being betrayed, one curious aspect manifests itself. They are frequently nude or nearly so. There are occasional examples of nearly nude males in her work, for example in a painting called Corisca (who she?) and the Satyr, but they are rare. When Christ is portrayed, he tends to be fully clothed.

Given the social situation at that time, it would have been challenging for a female painter to work from a nude or nearly nude male model. It was only comparatively recently that male painters had been permitted to use nude models of the opposite sex. In Renaissance, as opposed to Baroque studios, female figures were quite often modelled by youthful male apprentices.

This also, however, raises the question of the audience. To whom were Artemisia’s paintings of luscious females addressed? The answer has to be to the then-current possessors of economic power – i.e. to patrons who were predominantly male. We may, if we like, read these works as proto-feminist manifestos, but it seems very likely that the original audience read them in a somewhat different way. That is to say, with a licking of masculine chops. If these are the victims, they must have said to themselves, bring them on. Great that a female artist provides them.