BARTHOLOMEW BEAL FAS – There’s a paradoxical situation in the art world right now, Both here in Britain and, according to what I see on the Web, abroad. By this, I mean that there’s a great tra-la among official agencies about supporting young artists, and fewer and fewer young artists are coming through the system and making a mark of themselves, The heady days when the YBAs – Younger British Artists – dominated the British art scene are long over. They emerged with a bang in the 1990s and began to fade in the 2000s. The best of them are still around, making noise – Damien Hirst in Venice this year, for example. But they are undoubtedly MBAs – Middle Aged British Artists – by now. Tracey Emin CBE RA, born 1963, is old enough to be somebody’s grandma. It’s no wonder the Tate just removed the age-limit from the Turner Prize. Lacking young contenders, there are a few deserving oldies they’d like to reward. David Hockney, eternally young and always up for a challenge, has just passed his 80th birthday. His recent retrospective exhibition at Tate Britain tended to make the likes of Damien and Tracey look a little bit old hat. 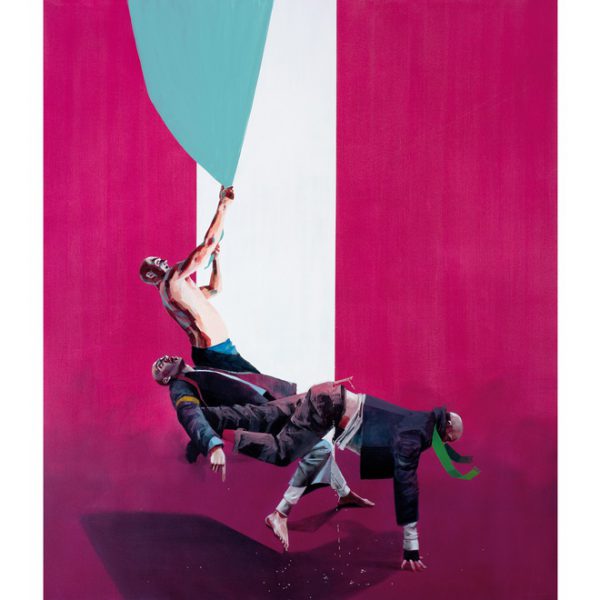 One of the few exceptions to this situation is Bartholomew Beal, born 1989. Still, in his 20s, he has now had three solo shows at the venerable Fine Art Society in Bond Street, a gallery rooted in a glorious past in the 19th century.

All these shows were of paintings. All three were rooted in responses to literature, in particular to poetry – Shakespeare, T.S. Eliot, and now the Irish poet Seamus Heaney. So far, so British. Britain has a long tradition of literary art. Think of the Pre-Raphs, for example.

What is striking about Beal’s work is its confident command of abbreviation. He doesn’t laboriously tell the whole story. He tends to try to tell you just enough to make you fill in the narrative for yourself; These are conspicuously bright, cleanly painted pictures. The images are often fragmentary, but they never give the impression of being in any way unfinished.

Their message is ‘Yes, these poems seized by imagination. I feel I became part of Heaney’s imaginative world. Join me in inhabiting his poems. Love them as much as I did.’

It’s a message I found it hard to resist.

A slow social change ever overtaking the British art scene, rather similar to the one that has already overtaken the art scene in America – in particular, the art scene in New York, where you’ll now find it hard to find non-star artists, or indeed any artists, who continue to work in Manhattan. Most of the working artists have left SoHo, and now have their studios in Brooklyn or the Bronx. And now, it seems there are fewer and fewer of those, though the New York museum and commercial gallery scene continues to flourish.

Something of the same kind has been happening, though in a less drastic fashion, in London, though London is less constricted geographically and artists can still find studio space in less fashionable districts. Shoreditch has been more or less lost to gentrification, so long live Dalston. 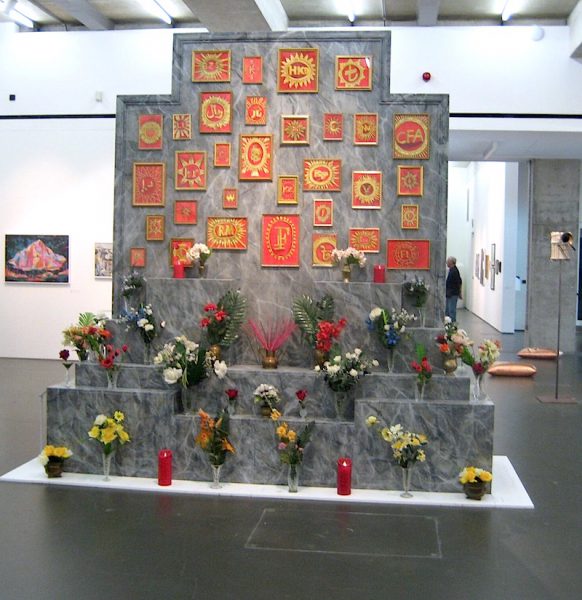 Part of this phenomenon has been a tendency for artists to migrate out of London altogether, but not necessarily to the big industrial cities of the North of England, now favoured locations for Arts Council spin-offs. Artists who once lived and worked in – say – Shoreditch are finding viable new places to live and work in, for example, Hastings, the downmarket neighbour of always fashionable Brighton. I’ve visited Hastings quite often recently, and every time I spend time there it seems to offer a busier art scene – one, than in a slightly weird way, tends to remind me of what New York, South of Houston Street, was like during the raffish and impecunious 1970s.

Part of this is due to the Jerwood Space, an elegant gallery down near the beach. This currently houses a show of work by the much-loved illustrator Sir Quentin Blake.

In a somewhat quirkier way, the Hastings Museum also does contemporary art, jammed in amongst an amazing medley of other objects. Currently, it is playing host to an exhibition of work by the Australian duo Maslen and Mehra (Tim Maslen and Jennifer Mehra), who are part of Hastings’ swelling colony of refugees from Shoreditch.

The exhibition is called Cash, Clash and Climate. It both embraces and subverts the kind of moralising currently fashionable among contemporary artists here in Britain. Plate stands carry moralising dishes, at first sight very much like those on the shelves of Italian Renaissance majolica ware that surround them. A kind of canoe supports yet more of these moralising plates. Both plates stands and canoe are decorated by a pair of local Hasting graffiti artists,

The canoe seems to echo items in a nearby display devoted to one Grey Owl, a native of Hastings who migrated to Canada in the first decade of the 20th century and constructed a new Native American identity for himself. He now remembered both a fraud and as a leading conservationist.

Not content with this, the Maslens are major figures the Southern Open 2017 exhibition at the Towner Art Gallery, down the coast at Eastbourne. Their contribution there is a massive altarpiece entitled Faith in Fiat – Fiat being a currency backed by a legitimate government. The question is: do we believe the fiat or don’t we?

If you want to moralise, you do it best through a satire on our most cherished contemporary beliefs.