A new exhibition at the Hepworth Wakefield features two very British artists with crossover interests. The photographer Bill Brandt (1904-1983) and sculptor Henry Moore (1898-1986) first crossed paths during the Second World War when they both created images of civilians sheltering in the London Underground during the Blitz. Throughout their lives, they continued to share an interest in the British landscape and an ability to capture the spirit of a place.

In 1942 Brandt photographed Moore in his studio to accompany a 10-page special in Liliput magazine juxtaposing the two artists’ shelter pictures. The similarities in both artists subject choices continued throughout their lives and are seen here in the exhibition through the different sections. 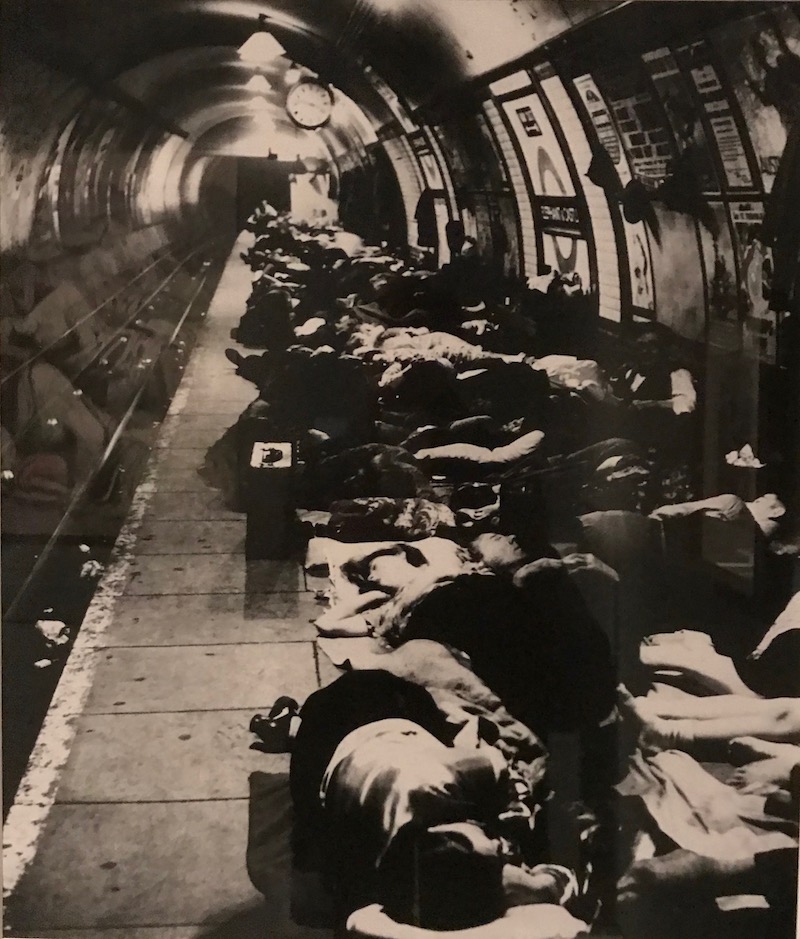 This use of art as a documentary and as a means of disseminating images through print publications is a crucial thread through the exhibition. Brandt’s photographs are on show out of frames in display cases, giving a sense of immediacy and blurring the lines between photography designed to be mass-produced and art photography.

Following the shelters in the underground comes The English at Home. Here both artists connect with the mining communities of Northern England. Moore chose to draw the miners in the pits and Brandt photographing their return home in the evenings with the coal dust following them and pervading the domestic setting. Where they differ is in the depiction of family. Moore presents the idealised family group and Brandt the harsh reality of the poverty-stricken mining communities. Blackness pervades both.

After the war, both artists revisited these same images. However, instead of being used for print publications, they were reused for exhibitions and reworked in larger formats. The exhibition presents different versions of Brandt’s original image from 1940 of the shelter in Elephant and Castle underground station in various sizes and tonal qualities. Moore’s Row of Sleepers 1941 is reworked. Four decades later he had professional weavers recreate the original sketch as an enormous tapestry.

Other subjects the pair had in common was the relationship between sculpture and photography. Brandt photographed the work of other sculptors such as Aristide Maillol and Barbara Hepworth. Moore shot found objects from all angles and used them as collages incorporating them in paintings and drawings. This playful working of this format provides an invaluable glimpse into his working process. It gives an insight into his active artistic mind, constantly formulating ideas and possibilities. 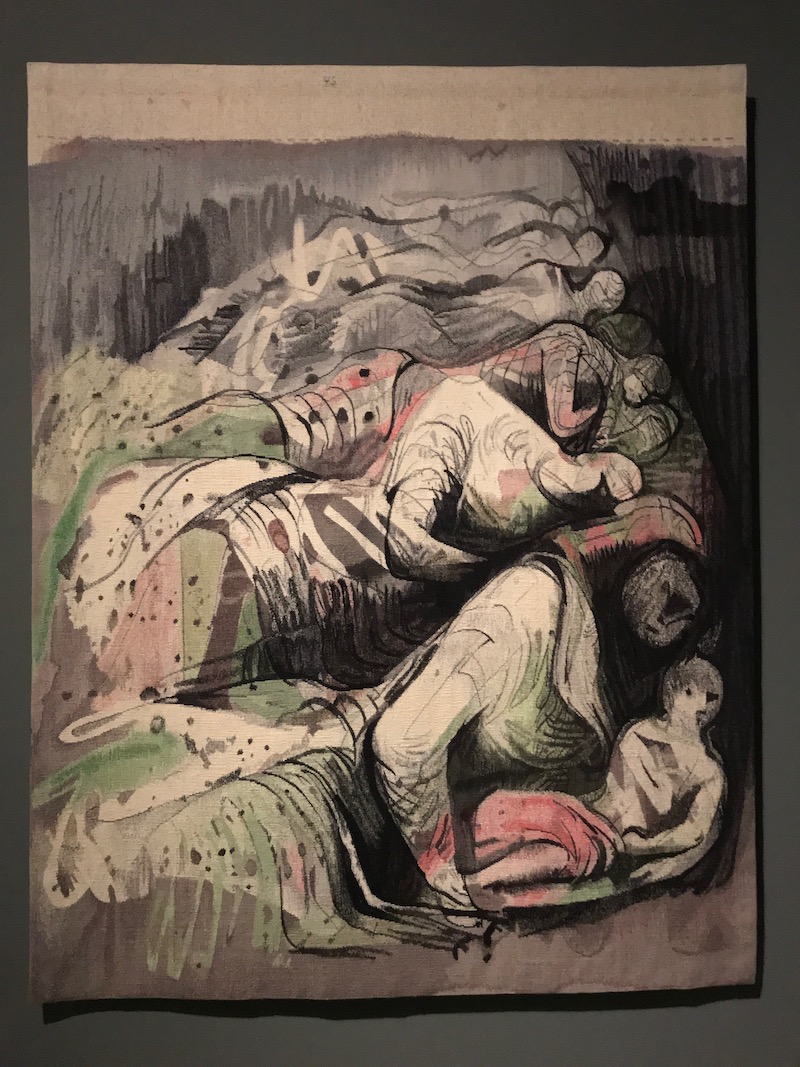 Stonehenge also fascinated both artists. Its abstract shapes and the dramatic shadows the forms cast resulted in creative responses from each artist. Brandt’s blackened photographs resemble lithography and allowed him to explore the tonal range of the monoliths. Moore, on the other hand, chose close-up views to look like photography. The fascination of human-made structures with natural stone evident.

Similarly, the sculptural qualities of the human body and its links to nature are also a central subject for Brandt and Moore. Brandt’s photographs focus on an ear or a foot often set against a pebbled beach and a jagged cliff. Moore, on the other hand, explored the reclining female figure, and the exhibition features examples of his best known sculptural style.

The accompanying book Bill Brandt / Henry Moore published by the Yale Center for British Art in association with Yale University Press is an innovative publication. The book places on an equal footing fine art images such as sculptures, drawings and photographic prints with works that are usually considered secondary such as newsprint, magazines, negatives, contact sheets, cut-outs and unfinished experiments in collage.