In a trough after its immediately pre-Easter excitements – Rembrandt at Gagosian, Sean Scully at the NG – the London art world looks faintly dreary right now. Best bet is the Bruce McLean show just opened at Bernard Jacobson. Slightly perversely entitled 5 Decades of Sculpture it, in fact, contains several good, solid paintings, with compositions hovering between the figurative and the more-or-less abstract. During a long career, McLean has made art that spans a wide range of genres – live performance, sculpture and – yes – painting. The gallery handout quotes the artist as saying: “I don’t think of what I do as art. I think of it as sculpture. Even if it’s a painting, it’s a painting I made as a sculptor.” Well, have it your own way, baby. To a yokel like me, it still looks like a flat surface covered in paint.

McLean may not want to be identified as a painter, but he can in fact draw – ELS

As such, there are some effective works in the show. The big canvases (most of them are significant) don’t have much colour, but the handling of paint is confident, and the figurative elements, where they appear, are confidently dashed off.

He is, despite his insistent claims to avant-gardism, no longer young. He was born in 1944. He won the John Moores Painting Prize in 1985 and has had one-person shows at Tate and the Modern Art Gallery in Vienna. What is happening to him now is what has happened to many leading Brit artists who belong to the same senior generation. He is being forced back into making more conventional productions than when he was younger and more contrarian – at least in comparison to what surrounded him then. He clearly feels nostalgia for those more securely radical days. 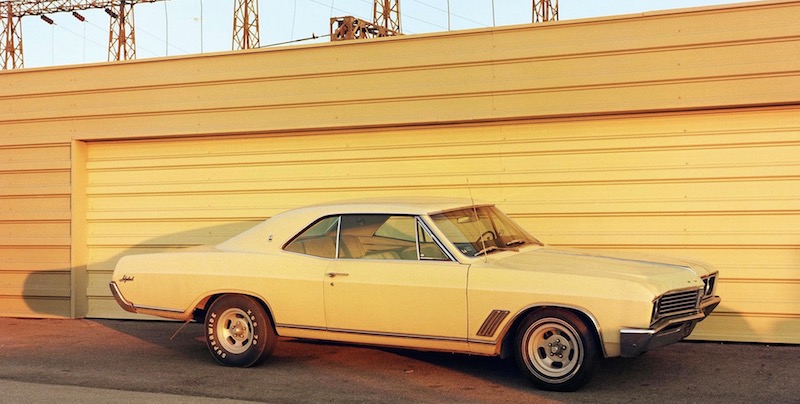 Another good show, this time for a photographer, is one of work by William Eggleston at the David Zwirner Gallery. Eggleston is from more or less the same senior generation as McClean – he was born in 1939. American, he too has had major showings at official British galleries – in his case very recently: Portraits at the National Portrait Gallery in 2016, and a monographic show at Tate Modern in 2013. However, the show at Zwirner is called 2 ¼, because the images are all square-format colour photographs made in the 1970s, long before digital cameras came along to change our lives. Quite a number of the images, all of which are untitled, convey a feeling of Mid-Western desolation, familiar from any number of American movies. In addition, rather a lot of them feature automobiles and trucks, seldom or never portrayed when they are actually in motion. The final image in the exhibition features a rusting gas-guzzling all-American saloon, upside down in the roadway. Looked at now, it seems like a prophetic warning of what is likely to happen to once-great America, under the stewardship of climate-change denying President Trump. It has far greater emotional impact than anything in McClean’s show of paintings, but I’m not sure that I’d like to hang it on my wall and live with it. 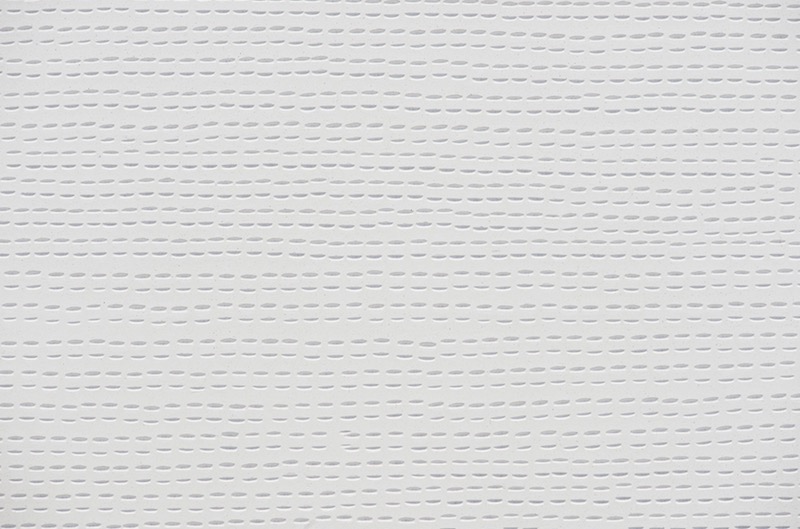 There’s no such emotional impact to be found in a current exhibition at Pace, another distinguished commercial gallery in London’s West End. This is of work by Prabhavathi Meppayil, an Indian artist born in Bangalore, who has been widely exhibited internationally, and whose work figures in significant international collections – the François Pinault Collection, Venice; the Mori Art Museum, Tokyo; the Metropolitan Museum, New York. The paintings, mostly titled with just a number and a date are all-white, evenly white – a step beyond Malevich’s 1918 composition White on White, now in the collection of MoMA in New York. MoMA’s catalogue note for that advises one that “the trace of the artist’s hand is visible in the texture of the paint and the subtle variations of white.” No such luck here, though a couple of works do have embedded copper wires.

The dominant feature of the show is not these, but a huge white wall that stands independently in the centre of the gallery space. This object is entitled sb/eighteen and is succinctly described as an “installation of 875 found objects (iron, copper and brass), and gesso.” The dimensions are “variable”. If you met it again, in another context, it might be a different shape.

Yes, it did inspire an emotional response: I felt shut out. 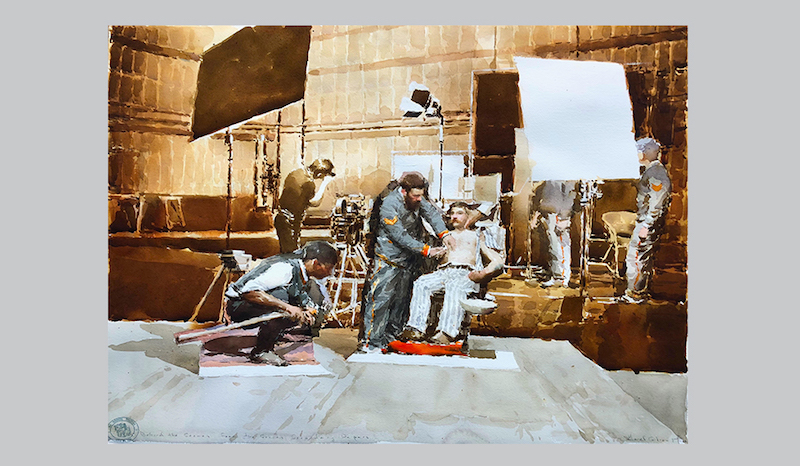 Meanwhile, away from London’s West End, with this slightly dispiriting trio of new offerings, there is a show at one of the leading galleries in Shoreditch, which still tends to be where new art goes before it is completely discovered. This is at Charlie Smith London. This is called Decreto 349, and consists of work by three artists, Ariel Cabrera Montejo, Concha Martinez Barreto and Javier Torras Cases. Two of them make paintings, Torras Casas makes rather spindly, spidery three-dimensional abstract objects. I couldn’t make much of those.

The paintings and drawings are figurative, defiantly so, in quite a traditional way. Cabrera Montejo is Cuban. Martinez Barreto is Spanish. The gallery rightly stresses their traditional roots. Of Cabrera Montejo the handout says: “We are minded of late 19th-century French painting, where people of leisure, enabled by industrialisation (new wealth and improved transport) and Baron Haussmann’s regeneration of Paris, became popular subjects for avant-garde artists.” In other words, we are back to where we started.

The compositions offered by these two artists are not rigidly realistic. There are, for example, disruptions of scale. One is always conscious that these are events and situations that have been re-staged, to suit the intentions of the artist. They are realist to a certain degree, but not photographic, even when, as in Martino Barreto’s case, the compositions derive from anonymous photographs. The painterly touch is always visible.

This is bourgeois art for a bourgeois audience and none the worse for that. Without the bourgeoisie, resident here and visiting, London wouldn’t have an art world.