Andrew Lambirth’s The Life of Bryan, recently published by Unicorn, describes itself rather demurely as a celebration, rather than as a biography. It offers a large number of voices describing the late Bryan Robertson’s activities as a celebrator and promoter of new art, quoting extensively in addition to Robertson’s own writings. Robertson is now some time gone. He died of cancer at the Chelsea and Westminster Hospital here in London in November 2002, having been born in 1925. His major epoch was his time as director of the Whitechapel Art Gallery, from 1952 to 1969. After that he was an intermittently influential figure, gradually declining in prominence, till his death. The Life of Bryan contains a chronology, compiled mainly by Robertson himself. Tellingly, it comes to an end in the 1970s. He did by that time have a reputation as a lost leader, fascinating and empathetic, never quite bringing ambitious projects to a conclusion.

Our careers overlapped. We were both, for example, panellists on the long-ago BBC radio programme The Critics, later The Critics Forum. Never at the same time, since both of us were there to speak for the visual arts. There is just one reference to me in the book, a flattering one, where Elisabeth Frink is quoted as saying that Robertson and I were ‘the only art critics she’d ever talked to seriously’. Yet I’m astonished to note how very little our activities and circles of friendship overlapped. Also, to indicate the significant gaps in Robertson’s range of sympathies and his international activity. He spoke good French, for example, but was not part of the French art world’s pilgrimage to Castro’s Cuba organised by Wifredo Lam in 1969, where (thanks to Roland Penrose) I was one of the very few British representatives to be present. He travelled in the United States, and spent a frustrating period, post-Whitechapel, as director of the Neuberger Museum at Purchase College in New York state. Thanks to his time at the Whitechapel, where he did a number of major shows for American artists, most of them, such as Pollock and Rothko, connected to the Abstract Expressionist movement, he knew the New York art world of the 1960s and 1970s well. There is no evidence that he had similarly close links with the art worlds of California and New Mexico. He did go to Japan, but never to China, not even to Hong Kong, nor to Latin America, Turkey, Iran or the Gulf States. He did spend time in his later years in Greece, wintering in a borrowed house in Lindos. He went Italy from time to time. In his Whitechapel days, he made a brief visit to Berlin, then an isolated speck of territory surrounded by Communist East Germany. That is, he did travel, but in the less ambitious terms of his epoch of influence. 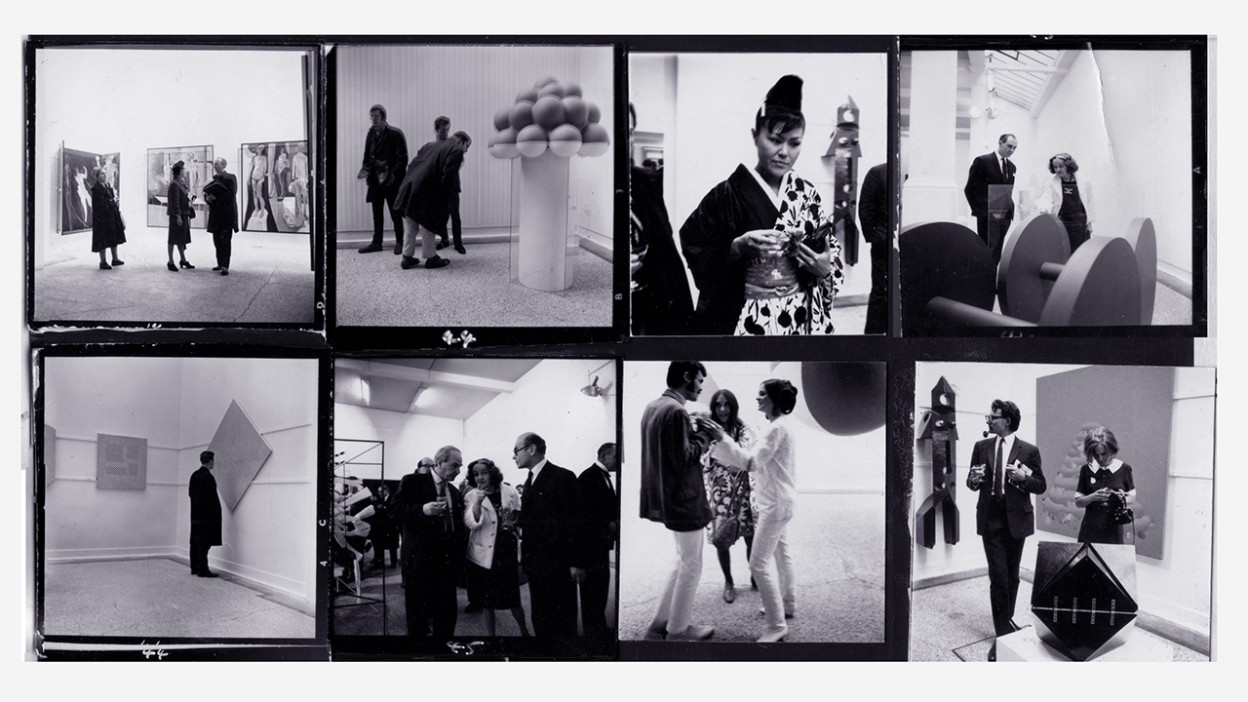 One of his major ventures abroad was to Australia and when at the Whitechapel, he played a major role in promoting new Australian art in the UK. In 1961 he was a contributor to a book about Sidney Nolan, that did much to establish the artist’s international reputation. Much later, in 1995, he had a major role in a monograph about the wunderkind Brett Whiteley, whom he had long admired. Recalling their first meeting, which took place in Italy, Robertson remembered him as having ‘an almost round crop of tight, red-gold curls’ and as ‘darting about all over the gallery, filled with wit and bravado and enthusiasm for Europe’. Robertson included Whiteley in the 1961 group show Recent Australian Painting at the Whitechapel, and he became the youngest artist ever purchased for the Tate. His end was sad. After a period living and working in London, and sometimes in New York, he returned to Australia, where, in the 1970s, he was the recipient of several major prizes but became dependent on alcohol and heroin. In 1992 he died of an overdose. Though he is still celebrated in his native Australia, his international reputation has, I think, somewhat faded. Now, when the global art world thinks of Australian art, it tends to celebrate aboriginal artists.

Three things marked Robertson’s tenure at Whitechapel. First, the exhibitions of work by significant American artists. These often came to the gallery ready-made – touring shows put together in the America, and part of a subtle assault on Communist propaganda for socialist realism. They were designed to illustrate American freedom to speak for the inner self, and though they were, in theory, apolitical, in fact, they were very much a product of the Cold War. Robertson organised brilliant showings of these exhibitions – he was master of installation – but did not originate them. It was his good luck that the Tate organisation at that time was too sleepy to host them. Then there were shows by mid-career artists, mostly British, and anthology shows devoted to younger ones, also British. The programme showed a predilection, unusual for its time, for the work of women artists. Among them Barbara Hepworth and Bridget Riley, plus others who have been – undeservedly – semi-forgotten. The anthology shows were first career steps for very young artists, many of whom made, for a time at least, good careers for themselves.

Among the artists who did not figure among Robertson’s choices were Bacon and Freud, and also Auerbach and Kossoff. Hodgkin never got to show at the Whitechapel, though Robertson claimed that he admired the artist’s later work. Hockney was almost absent. The names in this paragraph make up a fairly complete list of the British mid-20th century talents who are most firmly established today. Only Bridget Riley is absent.

One reason for their absence was that those named here were almost all – and very definitely – figurative artists. Robertson did not entirely rule out figuration, particularly – see Hepworth and Frink – in sculpture. He preferred art that referred to abstraction, even if it did not fully embrace it. He had, however, little patience for the Minimal Abstraction of the 1970s and none at all for Conceptual Art. If one looks at his critical texts, one notes that they are almost always celebrations, never denigrations, of the artist or art he is discussing. Often, they ramble quite far afield from what he is looking at. This, it must be said, is almost obligatory when a critic is trying to convey the sensations prompted within him by an abstract, or elusively semi-abstract, work of art. Images of this kind encourage interpretation but at the same time resist it. The critical text never quite succeeds in dropping the net over the butterfly. And every critical reaction varies according to the person making it. You may be specific in what you say, but it is specific only to you. Reading Robertson’s critical texts now, I don’t think he ever fully realised this. He was, for a spell, a great impresario, but not in my view, a major critical talent. The first half of The Life of Bryan is nevertheless worth reading, as an account of a time when the British art world seemed to count for more internationally than it does today. Bryan Robertson’s humble Whitechapel Gallery had more impact in its era than the two big London Tates now exercise between them.