Isamu Noguchi thought art should improve the way people live and believed sculpture could ‘be a vital force in our everyday life. He saw art ‘as something which teaches human beings how to become more human’ because everything is sculpture; ‘any material, any idea without hindrance born into space’, he considered sculpture. As such, his practice included children’s playgrounds, furniture, gardens, lamps, and theatre sets, in addition to sculpture using stone, ceramics, wood and aluminium.

The diversity of his practice raised issues for some art critics at the time, as his work resisted classification. Still, it makes for a wide-ranging and profoundly fascinating exhibition now because, as Roger Lipsey wrote, from Noguchi’s UNESCO Garden onwards, there is ‘an embarrassment of riches’. The exhibition makes excellent use of the Barbican’s spaces and is imaginatively curated with mini installations created by bringing Noguchi’s works together instead of exhibiting them primarily as individual artefacts. 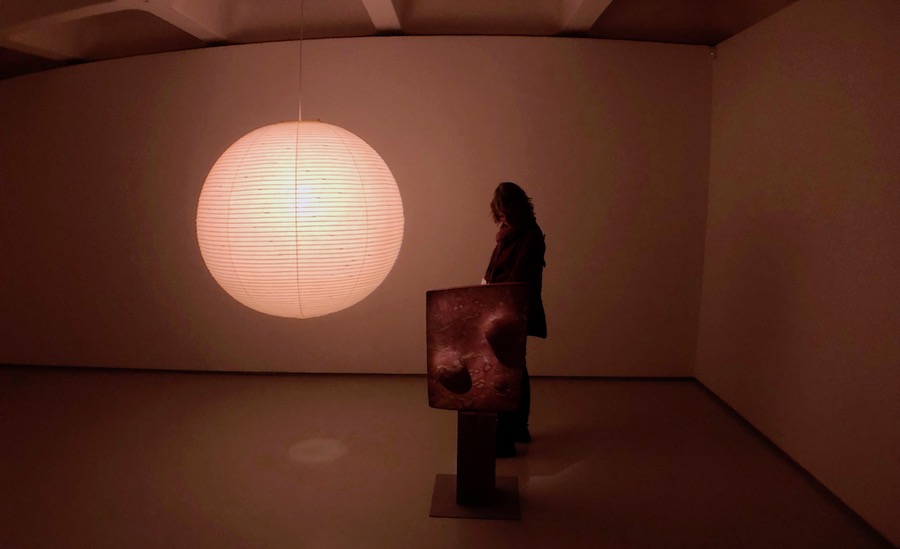 Organised by interconnecting themes as well as chronological artistic development, the exhibition presents an extensive range of Noguchi’s vast interdisciplinary output, from his early apprenticeship with modern master Constantin Brâncuși in Paris and celebrated Chinese brush painter Qi Baishi in Beijing, to his public and political art projects of the 1930s, and radical dance collaborations with pioneering modern choreographers Ruth Page and Martha Graham. Noguchi’s close and enduring friendship with inventor and futurist R. Buckminster Fuller is also highlighted. Their creative dialogue on the cosmic scale of the universe inspired Noguchi’s world consciousness and continued use of new technology from his artistic beginnings until his late-career.

Beginning with the portrait heads that helped him survive financially through much of his early career, we also see his first performance-related commission from Japanese dancer and choreographer Michio Itō and his metal sculptures inspired by cellular structures, living organisms and the natural world. Moving on, we delve into his celebrated interlocking sculptures produced during the 1940s, which comprise multiple parts to be assembled and dissembled. There is also political engagement from archive materials on his anti-fascist mural History Mexico to Death (Lynched Figure) which was conceived as a form of social protest. 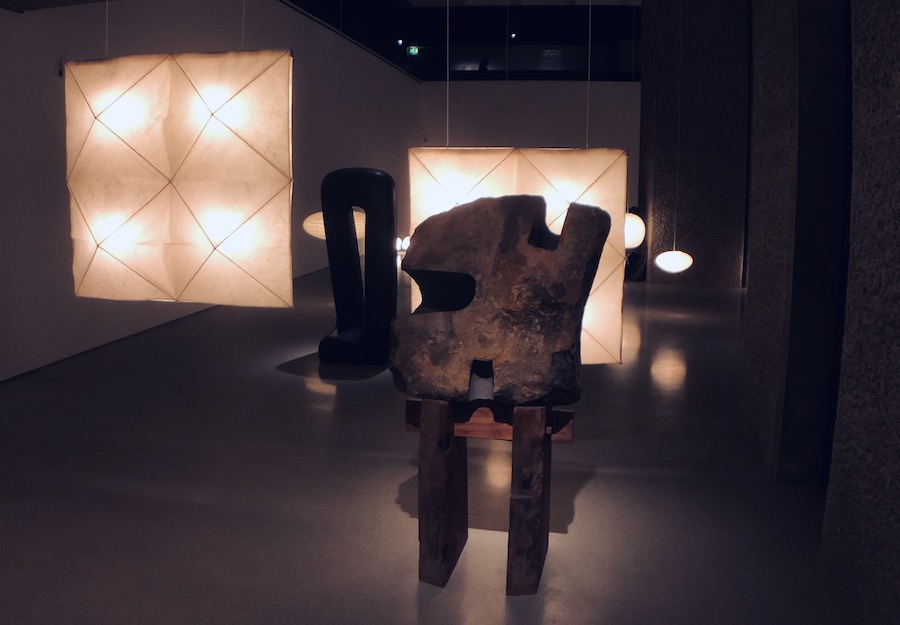 His ambition was always to create a socially engaged art, never more so than in the years following the Second World War when he contributed to a reconfiguration of the artist as one searching for a new foundation to culture. His self-illuminating Lunar sculptures were created after his experience of voluntary internment at a camp for Japanese Americans in Poston, Arizona, in 1942. These influenced some of his best-known works, the Akari light sculptures, which use washi paper and electric bulbs. His ceramics, made in post-war Japan, demonstrate his innovative approach to traditional craft techniques. His environmental designs produced in response to the atomic bombing of Hiroshima address themes of violence and peace. Photographs from his travels through Europe and Asia between 1949-50 reveal his exploration of artistic hybridity and expansion of sculptural media into large-scale architectural environments. The exhibition concludes with iconic large-scale works from the 1960s, 1970s and 1980s when he realised many of his public designs for monuments, gardens, and playgrounds.

The exhibition makes a strong case for regarding Noguchi as one of the most experimental artists of the 20th century through his inventive and risk-taking approach to sculpture as a living environment. Jane Alison, Head of Visual Arts, Barbican, says: ‘Noguchi constantly pushed the boundaries of art, experimenting with materials, scale and place to create art with a purpose. He saw sculpture as a means of creating harmony between humans, industry and nature, as a way to improve how we live, as invention, as play, as art.’ 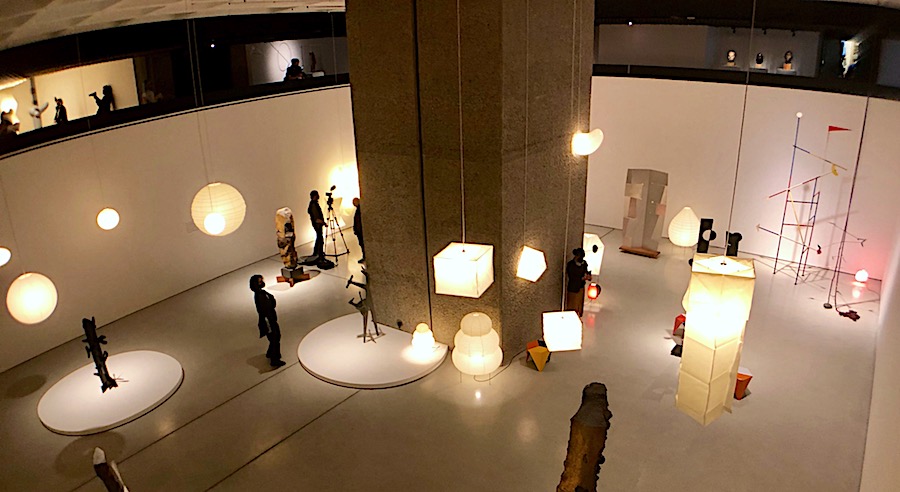 Rarely exhibited archive materials and photographs offer illuminating insights into Noguchi’s life and highlight his humanist values. Less clearly articulated is the extent to which Noguchi engaged with spirituality in his practice. Embracing social, environmental, and spiritual consciousness, Noguchi thought art ‘comes from the awakening person’. Awakening is what we might call the spiritual or a linkage to something flowing very ‘rapidly through the air’. Artists are those who ‘come with less obstruction’ to this flow. To be open to flow, artists try to ‘overcome barriers’ such as ‘habit and convenience and fear and accommodation’ or ‘barriers of the self and what everyone thinks about art’. As such, Noguchi saw ‘no conflict between spirituality and modern art’ as art ‘opens another channel to our non-anthropomorphic deity’, the invocation still being to God. He did, however, view Zen as providing a more direct linkage [to art] than through other mystical forms’ with the spiritual being’ direct appreciation of the thing itself’. As a result, he believed ‘you can’t say whether art came from the spiritual or vice versa’.

Drawing from the collection of The Noguchi Museum in New York, as well as private and public collections, this extraordinary exhibition explores the kaleidoscopic career of a true artistic polymath across six decades of a practice that disregarded established hierarchies and boundaries between disciplines. He learnt from wise traditions to create hybrids that anticipated the future, an innocent synthesis that rose from the embers of the past. He heard the resonance of the universe in the stone he worked and sought to find ‘within the limits of a single sculpture, the world.’ He ‘wanted something irreducible, an absence of the gimmicky and ‘clever, while contemplating the relative ‘in space, time, and life’. He said, ‘We are a landscape of all we know’ and wrote of creating ‘landscapes of the mind’. This exhibition provides not just a landscape of the mind of a polymath but also a landscape of his soul.