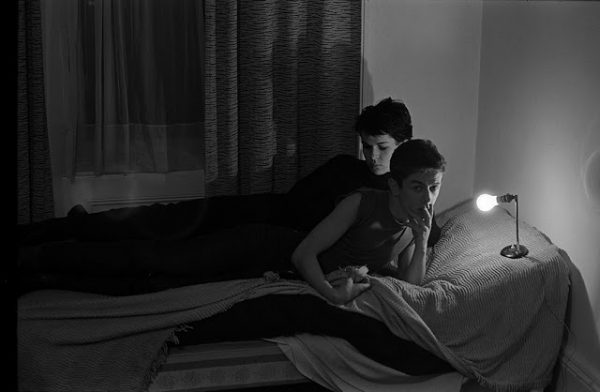 Resisting obvious puns on her name, Jane England’s Turn and face the strange takes its title from the lyric of David Bowie’s song Changes. It’s a time capsule of the 1970’s into the 80’s, when the Australian, more recently known as a gallerist, worked in editorial and fashion photography. 130 handsomely presented black and white photographs, drawn from her parallel personal practice, document the various countercultural characters from her bohemian lifestyle. Adrian Dannatt’s introductory essay makes much of the differences between 1975 and now: London’s transition from poverty to comparative wealth; low rent to high rent; empty plots to oppressive density; characterful to sanitised; rebellious Londoners moving from rupturing conventions to expecting their discontinuity. Underlying all that is the difference between pre- and post Thatcher… 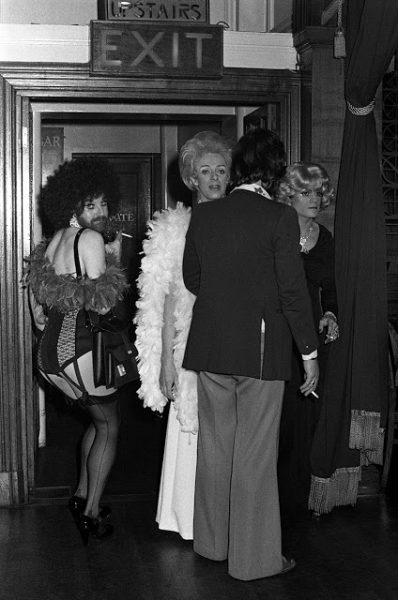 There’s something in all of that, but I was more struck by how England conveys the way a ‘scene’ comes together as people run into each other, a few big personalities, locations and events (the Notting Hill Carnival, the Drag Balls at Porchester Hall) form a focal point, and the resulting loose community takes on an internally focused importance out of all proportion to how transitory it’s bound to be. The difference from now, in that case, lies more in a point not emphasised by Dannatt – the move from pre- to post-Internet has revolutionised the dynamics of how such groupings form. If you go to the wonderful show of Picasso’s portraits at the National Portrait Gallery, you get a sharp flavour of how artistic communities developed in Barcelona and Paris at the turn of the last century, and it feels pretty comparable with 1970’s London. Is it different now? I suspect so, in which case the change in how commonality is established, and any consequent change in its nature, may be the most profound shift from what is captured by Turn and face the strange. 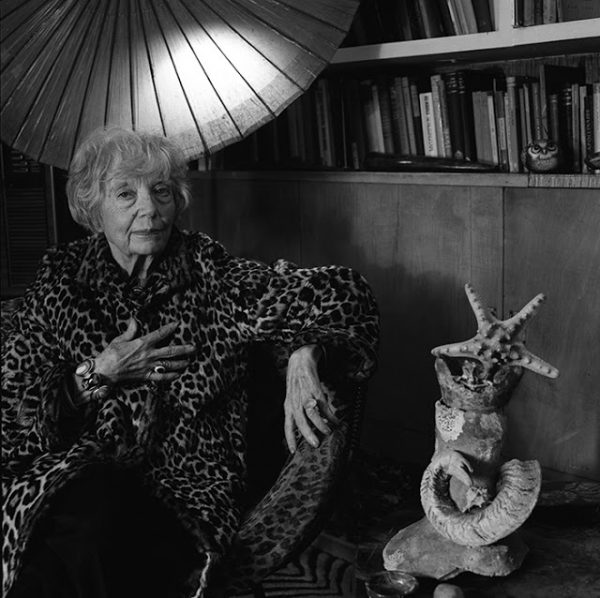 England’s photographs are informal but predominantly posed: we see how people put themselves forward, rather than glimpsing them unguarded. Both the photographic style and the performative self-presentation of this demimonde’s personalities tend towards the cinematic, and Film Noir in particular. That, no doubt, partly reflects the contemporary interests and subsequent image selection policy of the one character we don’t see in the photographs: England herself. Consistent with that modesty, her photographs generally  give the subjects, rather than their interpreter,  centre stage. Most of the people we see are little-known now, though there are some famous artists (Eileen Agar, Conroy Maddox, Gilbert and George…) – most of whom are comparatively old, so that the role of inter-generational influence is made clear. 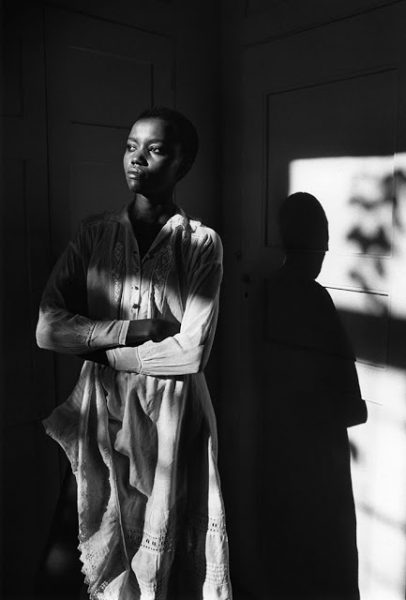 England herself provides well-judged anecdotal commentaries on the individual photographs, revealing either an exceptional memory or thorough note-taking at the time. We learn, for example, that the tall model Agnes Toro was of royal African blood, and that when Idi Amin concocted a story about Princess Elizabeth of Toro and invented the sex euphemism ‘discussing Ugandan affairs’, she responded by wearing – sadly not in the book – a T-shirt emblazoned with the words ‘Amin de Mood’. 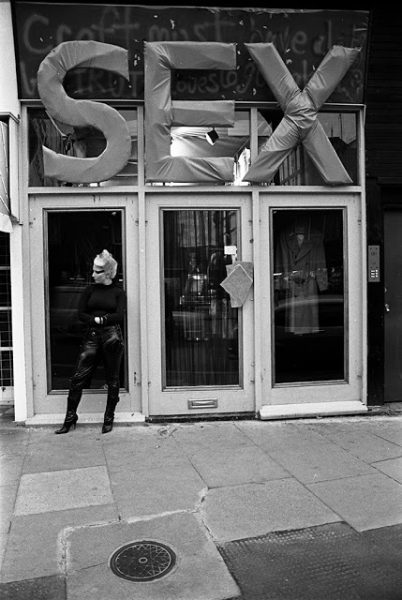 England has also updated the life stories of many of the subjects: Paul Beecham, shown in customised skin tight tiger-skin trousers, went on to become prop master for the English National Opera; and ‘Jordan’ (Pamela Rooke), photographed as the iconically punk shop assistant, muse, and model at the McLaren/Westwood shop SEX in the Kings Road, is now a vet in Seaford. For all that several died young of AIDS, we’re reminded that for many this was just a phase from which they – like society as a whole – have moved on. Again, England captures the cyclic as much as the specific. That makes this evocative and diverting slice of time travel worth thinking about beyond the routine wonderment of how we lived then.
JANE ENGLAND: TURN AND FACE THE STRANGE