The Whitney Biennial is big, sprawling across the entire museum, featuring 59 artists and bravura curation. As a poet, I loved the way poetry and words thread throughout the exhibition, from Renee Green’s 1989 Space Poem, Crayola bright flags printed with epigrams, the actual reproduction of Steve Cannon’s legendary literary salon “A Gathering of Tribes”. Jonathan Berger’s text work, “An Introduction to Nameless Love”, is an immersive metallic lettered word maze. Abstraction abounds in the painting section, with notable exceptions like Jane Dickson’s desolate urban commercial signs, inspired by her studio near the long-gone and un-Disneyfied stretch of 42nd Street. Another figurative standout is Harold Ancart’s luminous seascape,” The Guiding Light”.

A first visit is not enough to take “Quiet’ all in; my next plan will be an early arrival. Starting on the sixth floor, where walls and atmosphere are obsidian, the first paintings viewed are by my dear and departed friend, Denyse Thomasos (1964-2012). Large scaled, densely marked, Denyse created works that echoed the slave trade, prisons, and urban experience. Her two 1993 paintings anchor the entire sixth-floor exhibition and highlight the prescience and power of her vision. Ellen Gallagher’s painted and collaged work on canvas is also arresting and memorable. And the inclusion of poet, playwright, publisher and Lower East Side legend Steve Cannon’s reproduced East Village tenement salon features over 600 books, his overflowing ashtray and a red wall created by his friend David Hammons. An added plus was a three-day celebration/reading featuring a tribe of great poets celebrating Cannon’s bohemian legacy. – Top Photo

The inventive dramatic installation on the fifth floor is an immersive walkabout, a light-filled labyrinth. I loved Sable Elyse Smith’s Ferris wheel made of prison tables and seating. The slow but continuous rotation is both ponderous and poetic. Humanoid ceramics and quotidian objects, including a cell phone, by Woody DeOthello, are coiled and quirky. A treasure trove of reprinted family photos are by Pal Houa Her and artist books by Theresa Had Kyung Cha from the Seventies that could have been created today. Indigenous artist Rebecca Belmore’s sculpture “Ishkode” is a wraith-like sleeping bag figure midst a constellation of spent bullets. Intergenerational, international, this showcase for contemporary art invites multiple visits and infinite visions. 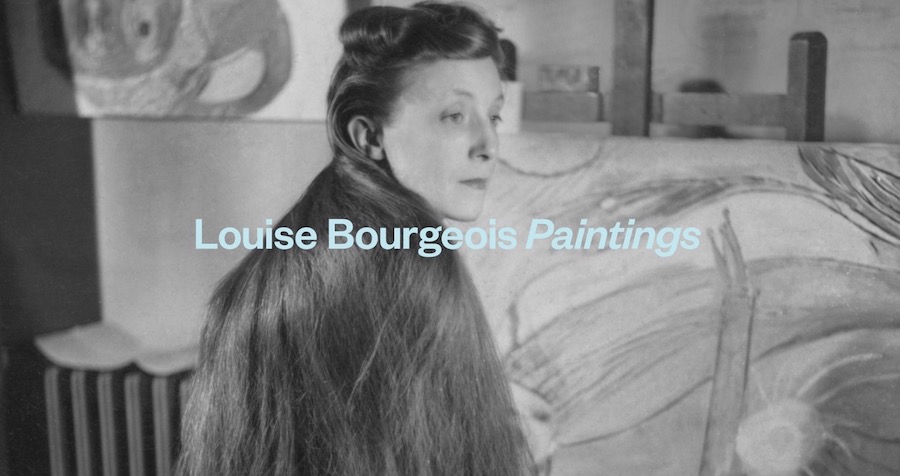 Louise Bourgeois at the Metropolitan Museum

What a treat to explore the little known and rarely seen paintings created by Louise Bourgeoise in her early New York City years.

This first comprehensive exhibition features work made between 1938-1949 and explore visual motifs that later morphed into the brilliant sculptural works for which the artist is best known.

“I love this city, it’s clear-cut look, its sky, its buildings, and its scientific, cruel, romantic quality.” – Louise Bourgeois

These paintings and drawings reflect Bourgeois’ familiarity with European Avant Grade movements, as well as the influence of her adopted city. Included are the Femme Maison series, as well as a small jewel, “Poets House,” both works hint at the artist’s architectural interests. Staccato markings and off-kilter shapes are later echoed in the artist’s hanging and totemic sculptures. Much of the restrained brick-red, blue, black and off white palette looks contemporary. This exquisite and historical show has been met with hands down raves.

Louise Bourgeois at the Metropolitan Museum Until 7 August 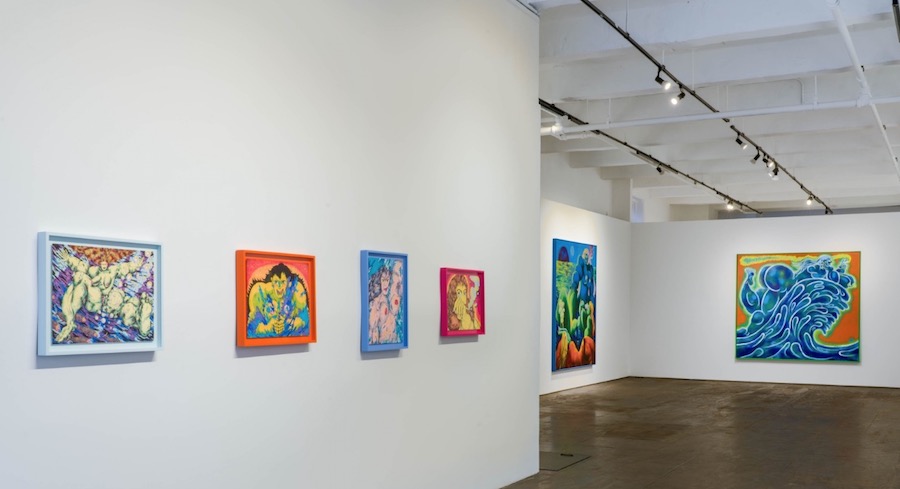 The iconic Venus Over Manhattan, an uptown fixture for over a decade, has opened a downtown outpost on my block, Great Jones Street, and what a welcome neighbour it is. Gallerist and collector Adam Lindemann has moved his space adjacent to Basquiat’s former loft and joins the other four galleries on the street.

Ana Benaroya’s seven paintings and seven works on paper celebrate women and their unabashed sexuality. Benaroya’s shameless (and often multi breasted) Odalisques are the sapphic and sophisticated sisters of cult cartoonist R.Crumb. Benaroya joins a venerable and quirky stable of artists, including Joan Brown, Peter Saul, Joseph Yoakum and the Japanese outsider artist Shinichi Sawada. After a long winter, these bodacious and brilliantly hued sirens are a perfect welcome to spring and a great intro to the surrounding hood.

What I’m looking forward to New York Art Week explodes on May 5, and I am particularly looking forward to Independent, now in its thirteenth year. The Invitational show returns to its former Tribeca location; Spring Studio 67 international galleries will be exhibiting. Over at Gordon Robichaux, intergenerational artists Leila Babirye and Gerald Jackson are sure to be a terrific duo; London based artist Marguerite Humerus elegant sculptures are at New York and Brussels based gallery, Clearing. Scottish gallery Ingleby shows surreal portraits by Edinburgh based Moyna Flannigan. And hometown powerhouses Nicola Vassell of the eponymous gallery makes her debut at Independent with African born Uman, whose explosively gorgeous paintings explore gender, race, and inner consciousness, all in kaleidoscopic colour.

Until 21st May Venus Over Manhattan

A significant show of Richard Hambleton, known as the Godfather of Street Art, has not been seen in NY since 2009 when Armani sponsored a retrospective which then travelled to London, Paris and Moscow. Chase Contemporary has gathered major work from the artist’s long career, beginning with his iconic Shadow series, when the life-sized spiky humanoids epitomized downtown New York’s burgeoning art underground. Far more complex than his best known and kinetic Shadows, Hambleton was a great painter who worked in romantic land and seascapes, which will also be shown. A perfect introduction to a modern master.

Until 29 May Richard Hambleton  Chase Contemporary