THE LOVE OF PRINT is a superb, giant size, memorable, wide-ranging and serious exhibition which spans 50 years of Scottish printmaking.

It celebrates GLASGOW PRINT STUDIO’s 50th birthday and is, as all birthdays should be, celebratory. Lively and joyful, its 240 prints by 130 artists fill all eight spaces in Kelvingrove’s new temporary exhibition gallery, creating a Who’s Who of Scottish printmaking over the last half-century.

It could’ve been a crowded mishmash, but due to an impeccable, beautiful hang orchestrated by John Ferry into seven chronological sections, each a decade, it’s easy to circumnavigate. Works encompass every style and every medium – abstraction to super-realism, mezzotint to digital. It’ll be inspiring and popular—something for everyone. 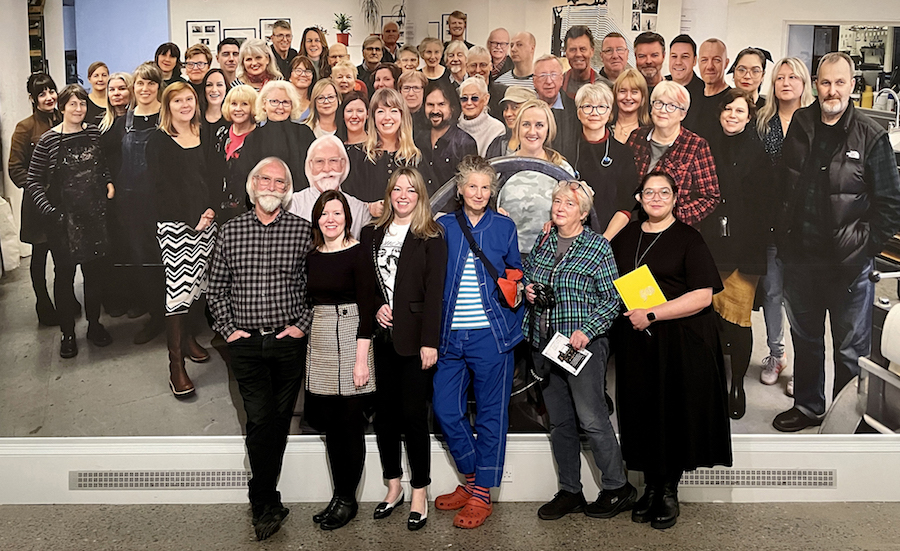 It starts with work from the 1970s by founders and early members. And how fresh these prints look, with no trace of their actual age! Of eight founders, there were two co-directors, Sheena Mcgregor and Beth Fisher. Fisher, famous for her draughtsmanship on metal plates engraved with a breathtaking flourish, is exemplified here in ‘Mother & Child, 1974. She also editioned ‘Understanding Rainbows’ 1973 by Ronnie Forbes, the first paid-up member!

I was a 1972 member. My 1975 psychedelic Carnival Bus in vivid, hot orange is typical of 70s fashion when curtains, cupboards, cups and colour supplements recovered from the drabness of postwar years!

GPS membership, now around 300, was tiny then, yet always included major international figures like Paolozzi, Bellany, McLean, Blackadder, Byrne and Alasdair Gray of Lanark fame, who made his last political gesture “Bella Caledonia” 2019 shortly before his death. Others like Barbara Rae, Alison Watt, Victoria Crowe, Eileen Cooper, David Mach and Kate Downie still relish the camaraderie and the legendary professionalism of master printers such as Stuart Duffin.

Duffin editioned over 100 of Blackadder’s etchings with her signature cats and flowers, nine on show. He also exhibits iconic mezzotints, like a new ‘Rush of Wings.’ Byrne’s ‘Girl with Monkey’ 1972 profited from early editioning by Jacki Parry. He’s since worked frequently with GPS. A recent self-portrait is one of seven here. 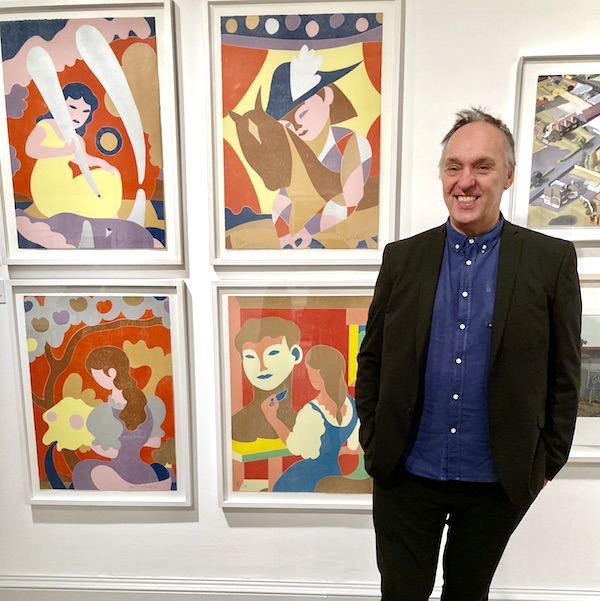 Adrian Wiszniewski, former GPS chairman, made his first etching in 1986. “I’d no idea what I was doing”, he laughs. He went on to make distinctive screenprints like ‘Poet’ and, now, colourful, experimental laser-cut woodblocks in the capable hands of Al Gow. I first saw Steven Campbell’s prints in his New York home in 1983, and Peter Howson’s giant ‘Noble Dosser’ 1987 was brand new for Edinburgh Festival’s ‘Vigorous Imagination’ landmark. Ken Currie is a superb etcher but likes to work with GPS technicians. An entire wall of his work from 2015-18 is here.

GPS is an open-access studio. A grassroots, artists-led affair from the start. Members come from all walks of life. Novices rub shoulders with experts, learning and developing together. Wiszniewski points out that this is a particularly Glaswegian trait, neither elitist nor populist. The Studio’s initial aim in 1972 remains the same: to “Promote, maintain and advance education, particularly by the study, practice and knowledge of the art of printmaking”.

Collaboration was always part of the plan, and a programme of editioning – and mounting exhibitions – began right at the start—Elspeth Lamb editioned Alistair Gray etchings in the early 1970s. In the mid-70s, she made etchings with John Bellany, Philip Reeves, Barbara Rae, and Roberto Gonzalez, plus lithographs for Currie, Gwen Hardie and Houston in Edinburgh. McGregor and Fisher also worked with many, McGregor famously helping Joe Urie go from unemployed brickie to Royal College graduate artist.

GPS now has links worldwide, members taking up residences in Europe and Asia, and printmakers arriving from across the globe to work with GPS. These links are vital, important and invigorating. One section focuses on recent editioning by master printmakers Robertson, Duffin, McNicol, Gow, Campbell, Lawless, director John Mackechnie and workshop manager Claire Forsyth. James Gibson’s videos overview the publications’ collaborative process, filmed to reveal techniques in close-up. Master printers, including Lamb, also show work of their own. 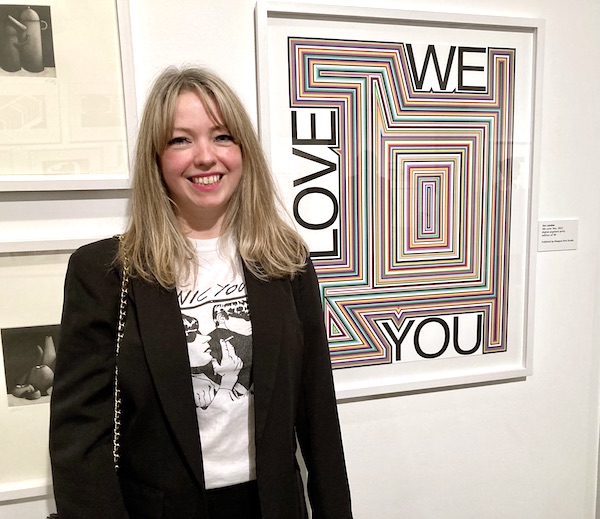 This Kelvingrove show rightly includes a workshop section for demonstrating printmaking to visitors and school groups for the exhibition’s duration. A big press stands ready! Education is always at the heart of everything GPS does. On this occasion, under 16s go free!

The show ends with ‘Here & Now,’ newly commissioned works from a selection of 50 artists who are currently using printmaking facilities at GPS. Videos show how some of these prints were created. Today Glasgow is privileged to have one of the biggest and best printmaking studios in the world and is a leader in innovative printmaking. Long may that continue!