Tracey Emin is one of the two major survivors from the so-called YBA (Young British Artists) Group that made such a lot of noise in the 1990s. Damien Hirst is the other – the rest have largely faded away. She didn’t win the Turner Prize, then in its palmy days, as compared to the poor raddled thing it became later, but she got more publicity than the artists who did with her in-your-face installation My Bed.  She was a leading figure in the rise to prominence of female artists – outspoken, deliberately challenging and outrageous. She was responsible for giving Stuckism, the retro-art movement that started here in Britain and spread all over the world, its name. She did so by yelling at her then-boyfriend and fellow-artist Billy Childish ‘The trouble with you Billy is that you’re stuck, stuck, stuck!’.

Now the wheel has come full circle. Emin is a Royal Academician

A full member of Britain’s grandest professional association of artists. She is now in her fifties, with life-threatening health problems. And she has reverted to one of her earliest admirations – for the work of the Early Modernist Norwegian painter Edvard Munch. This was something she shared with her former boyfriend, Billy Childish. It may even have been responsible for bringing them together. Billy has remained true to the cause – he is now known as one of Munch’s most faithful contemporary disciples. 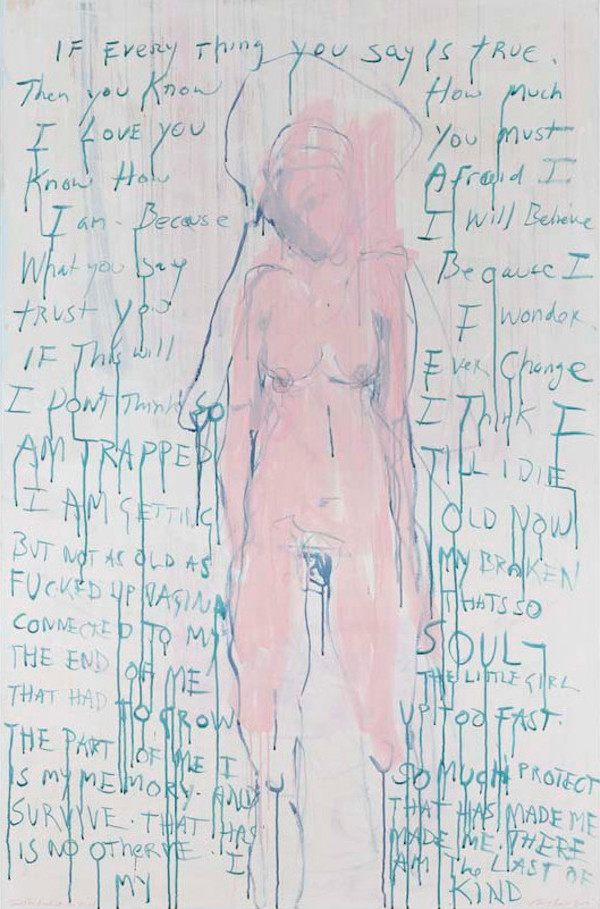 Meanwhile, Emin’s new event at the Royal Academy galleries shows her to be an equally enthusiastic votary. Entitled ‘The Loneliness of the Soul’ combines her work with that of the Norwegian master. It is due to go on next year to the Munch Museum in Oslo.

Having seen the catalogue, designed to serve both shows, I have to say that I prefer the London version. The London show is more concise and omits the famous bed, which will be seen in Oslo. There are fewer neon signs, Munch is represented mostly by smaller works, though there is one slam-you-in-the-face masterpiece, The Death of Marat, which is Munch’s retort to the famous painting of the same subject by J.L. David. If this is Tracey’s last hurrah, it’s an impressive one. 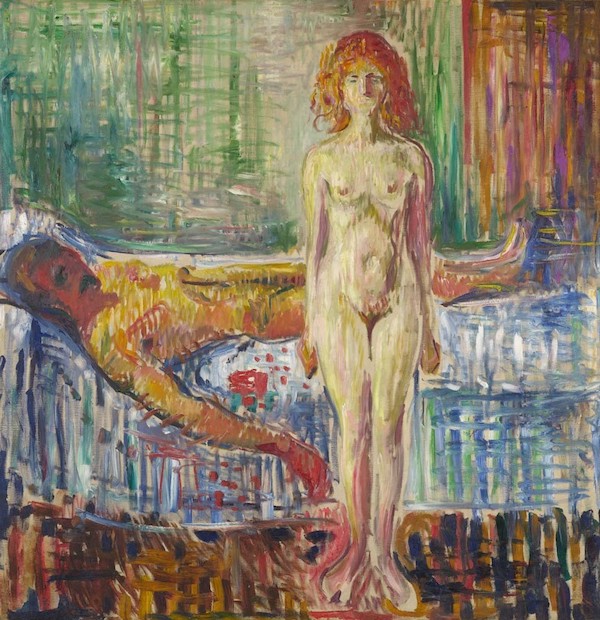 The show mostly consists, where Emin’s work is concerned, of fairly large paintings, usually monochromes or nearly so, predominantly in red. The main subjects are female nudes, not a subject much associated with women artists in the past. The paintings are, in fact, best thought of as very big drawings, admirably spontaneous, showing the images in a state of becoming. From what Emin has to say in the catalogue, this is exactly what she intends. She doesn’t want to separate herself from what her brush is describing.

This tackles a problem which is becoming more and more apparent in much contemporary painting. This is the fact that many of the functions traditionally assigned to hand-painted images – making portraits, showing places of interests, recording events, making political statements, for example, have been now usurped by photography in its various forms. Painters, both figurative and abstract, are increasingly restricted to offering meditations on the self. They have been forced to turn inward. Their only alternative is to say that purely aesthetic sensations are what they have to offer – much easier to do that with abstraction rather than figuration.

Emin accepts the challenge. The inner self is her main subject. Much more obviously so than it is with Munch. No apologies for being an egoist. I ought to find this claustrophobic and depressing, and there are occasions, where other artists of the same generation are concerned when I do. And sometimes even with Emin’s earlier works. But not with this series of big recent paintings. Maybe it’s the threat of death and extinction hanging over them which gives them their power. Go to the R.A. and take a look and see if you agree with me.