For reasons lost in the mists of time, the city of Coventry is where you’re purportedly sent when socially ostracised, as well as where the first British car was built by Daimler in 1897.

It’s also the city forever linked with the original Peeping Tom who, in the eleventh century as Lady Godiva reportedly rode on horseback naked through the streets in protest against her husband’s repressive tax demands, peeked while the other townsfolk turned away. In World War II, the city – it manufactured cars, bicycles, aeroplane engines and munitions – was decimated by German bombing. The 14th of November 1940 saw the single most concentrated attack on a British city in the Second World War. Hitler’s retaliation, it was said, for an RAF attack on Munich. The city lost its central library, market hall, hundreds of shops and the 16th century Palace Yard, where James II once held court. The fire at the city’s huge Daimler works was one of the biggest of the war in Britain. But, most devastatingly, the city lost its medieval cathedral.

The times reflect a national moment of togetherness, empathy and collectivism

In 1940 Sir Basel Spence’s great modernist replacement rose like a phoenix beside the ruins. It’s a glory of post-war art and architecture with its huge tapestry by Graham Sutherland, its dazzling Baptistry window designed by John Piper and constructed by Patrick Reyntens, a lectern in the form of an eagle by Elizabeth Frink and the huge candlesticks by the potter Hans Coper. This year Coventry has been voted the UK City of Culture and is host to the Turner Prize, now one of the world’s most celebrated contemporary art prizes established in 1984 to promote public debate around new developments in art. It has a lot to live up to in this city.

In a year dominated by the pandemic, it was decided not to award the prize to an individual but to a collective. Those chosen include the Belfast-based Array Collective that makes work around ideas of national culture, myth and folklore. B.O.S.S. who organise events focused on a collectively built sound system that brings together “queer, trans and non-binary black people and people of colour”, Cooking Sections, a London-based duo whose films and installations explore the ethical issues surrounding ecology and the mass production of food. Gentle/Radical, centred on Cardiff’s Riverside neighbourhood, that shares experiences of ‘culture’ in its broadest sense and Project Art Works, a Hastings-based enterprise that helps ‘neurodivergent’ artists develop their creative practices. All, we are told, “share a belief in art’s capacity to replenish our reservoirs of hope”.

This seems a tall order and one that the great thinker, George Steiner, disavowed when he suggested that intelligent Germans had been quite happy listening to Schubert in the evening whilst gassing Jews by day and that culture and art actually change nothing. But we live in different times. The Cultural Director of the Herbert Art Gallery – this year’s host to the prize – suggested that the times reflect “a national moment of togetherness, empathy and collectivism.” But is that really the case? Of course, the work takes us back to that hoary old chestnut, the question: ‘but is it art? Is political and social activism the same thing? It can certainly be creative and artistic but isn’t it, well, different? There’s a danger that art made by a collective rather than an individual undercuts the essential existential quest that’s a fundamental characteristic of most lasting art. 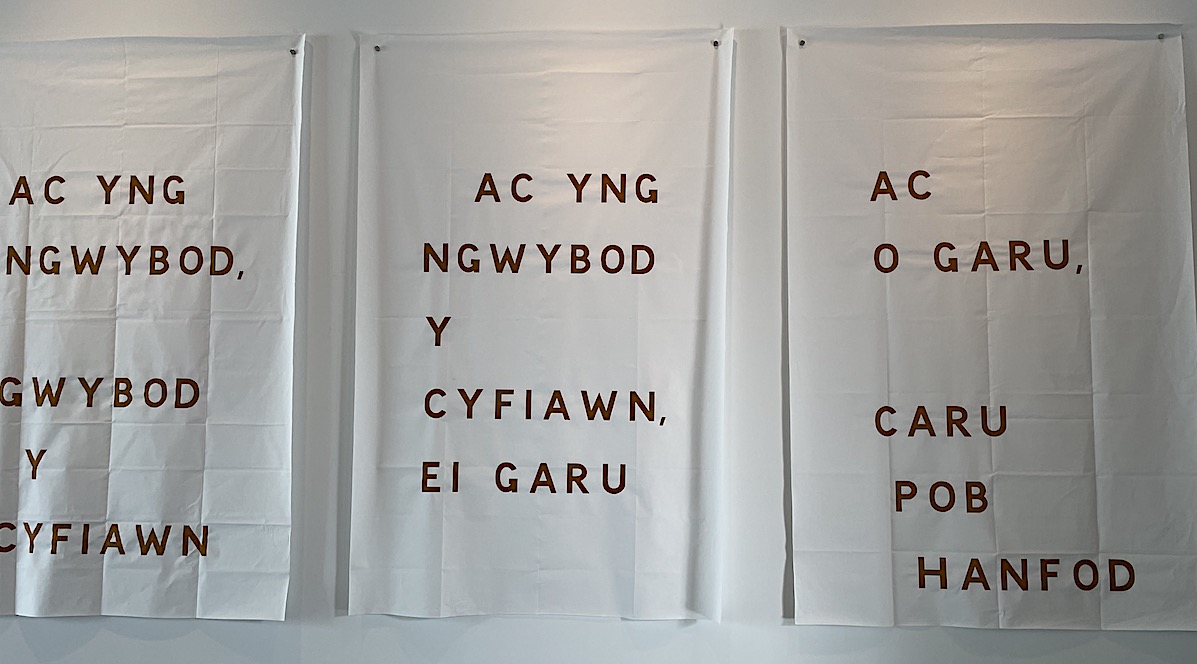 Gentle/Radical was established in 2017. A collaboration of activists, faith ministers and youth workers etc.., they have filmed monologues and conversations in which they discuss issues such as how to raise children beyond the nuclear family and they come together to sing Welsh Gorsedd bardic prayers, written in the 18th and lost to the colonising English culture. There’s no doubt it’s all very worthy, very heartfelt, but it seems rather the stuff of the documentary film, closer to Old Mass Observation projects than to art. 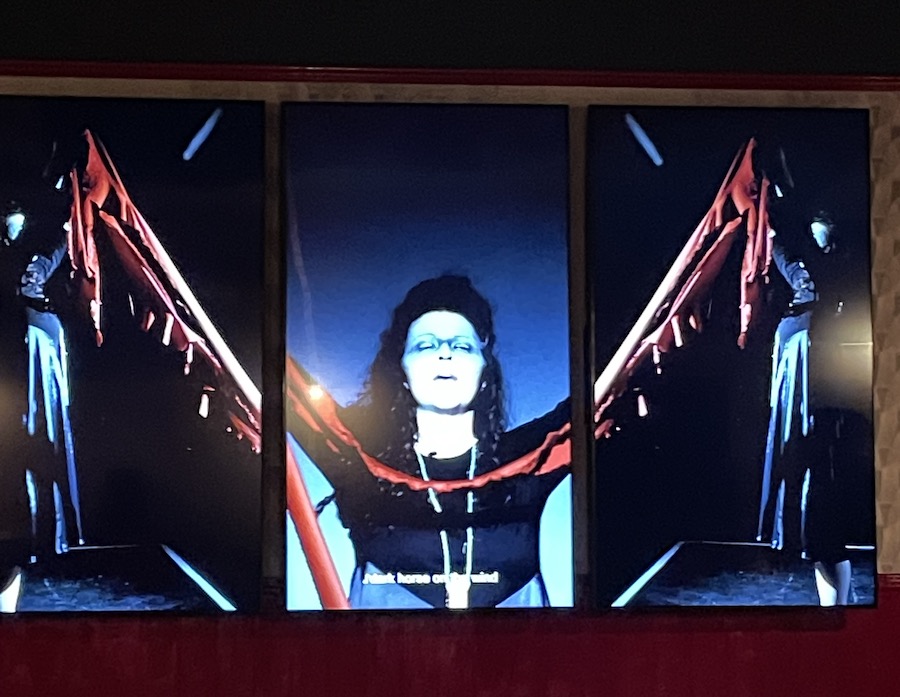 Array Collective is slicker. An imagined síbín (a pub without permission) has been installed in the Herbet. It’s wonderfully atmospheric with fags stubbed out in the ashtrays and packets of crisps on the round tables, along with all the nick-nacks associated with an Irish pub. Whilst sitting there, we’re invited to witness the Druthaib’s Ball – “a celebration of life and death, a wake for the centenary of Ireland’s partition”. There’s some evocative and melancholy traditional singing by a woman in floaty robes with a rather good voice and lots of storytelling, fiddle playing and dancing. Everyone seems to be having a great time. That Northern Ireland and the Republic have been scared by sectarian division is beyond doubt, but, again, the film feels like a documentary and there’s the sense that the viewer is an outsider, simply watching other people have fun. 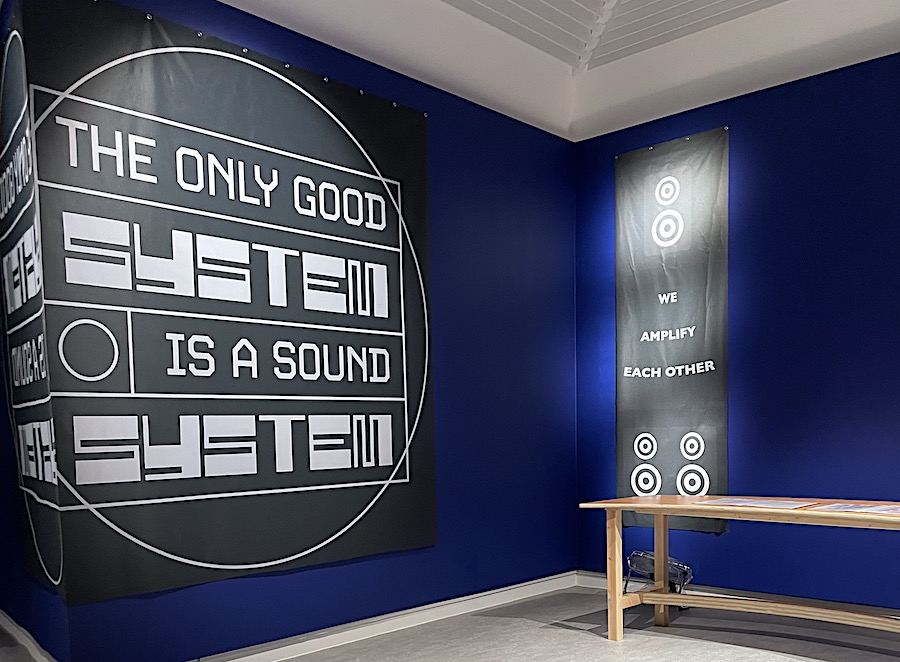 The weakest offering in the show is Black Obsidian Sound System (B.O.S.S). Bringing together queer, trans and non-binary black people and people of colour, the exhibition features two distinct but connected spaces. The inner space is a reconfiguration of The only Good System is a Sound System, an immersive environment of film, light and sound, already shown at FACT for the Liverpool Biennial. The work claims to reflect “ways in which marginalised groups have developed methods of coming together against a background of repression and discrimination.” No one could deny that this is an admirable aim and of value to those involved in setting it up, but does such a ‘woke’ agenda produce good art or simply political or social activism? It’s a coldly techno piece, considering it’s about something with which so many feel passionately engaged. By making everything ‘art’, aren’t we in danger of making nothing art, of taking away art’s philosophical and existential core? 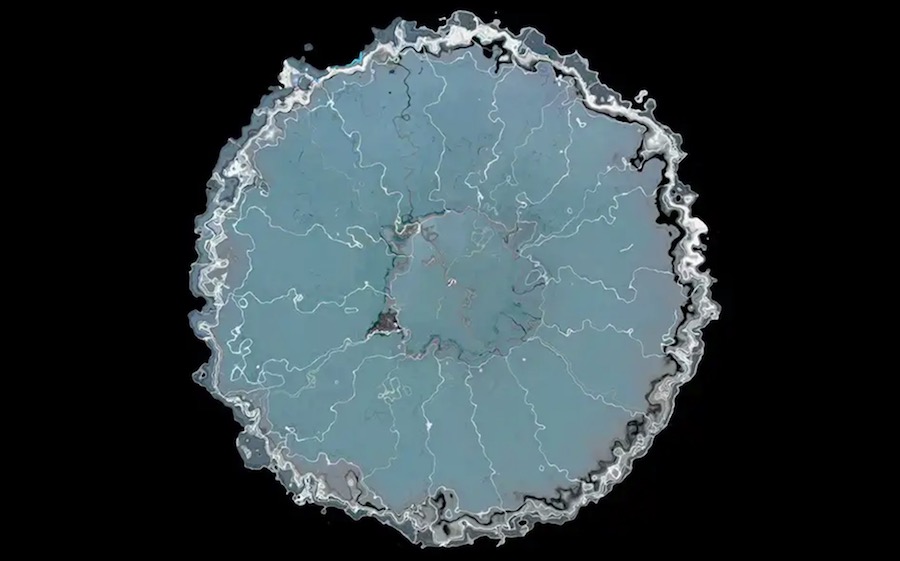 Perhaps the most slickly professional work is that produced by Cooking Sections made up of duo Daniel Fernandez Pascual and Alon Schwabe, who use food as a lens with which to explore the impact that commercial food practices have on both humanity and the environment. Beautifully presented in a darkened gallery space, an audio and film installation explores the environmental impact of salmon farms in Scotland. A series of round open-net pens are projected in big blue circles on the gallery floor. Excrement, drugs, synthetic colours and parasites billow out into the surrounding sea waters. CLIMAVORE is a long term project that questions how humans change the environment and the pair have been successful in persuading many restaurants to take farmed salmon off the menu. This would have been an important outcome in its own right, but the piece goes beyond activism. The words and images suggest allegories of human behaviour. These may be salmon they are talking about, but the work metamorphoses into an exploration of contemporary existence becoming more than its subject matter. 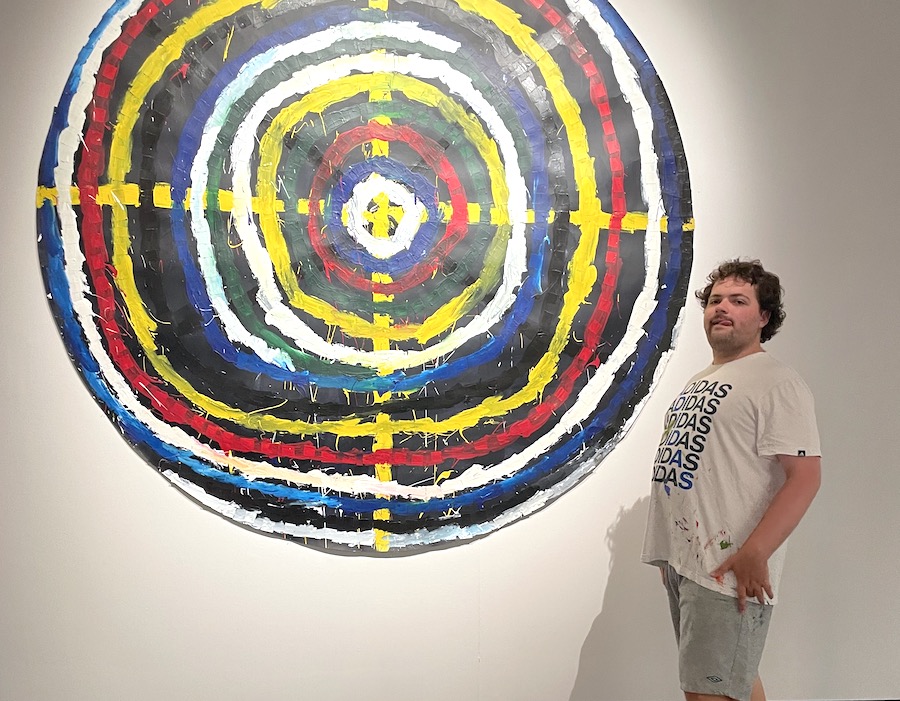 Project Art Works, based in Hastings, collaborates with people who have complex emotional and physical needs, challenging paradigms of inclusion whilst working towards a greater understanding of neurodiversity. A film showing a group of users in a bothy in Scotland is extremely moving as we watch them respond to the beauty of the wilderness despite their individual challenges. A number of their drawings and paintings are on display. By any standards, many are highly accomplished; in a Turner Prize built on notions of the collective, these unique voices, born out of individual struggle and a desire for expression, emphasise the fact that, in the end, art is a solitary act, not something made by a collective or a committee. As Gaston Bachelard suggests, it’s an process of daydreaming. Truth is a constellation of ideas, not a didactic statement, A way of discovering what we don’t know about the world and ourselves. An exploration. A journey. Not a political manifesto.

Sue Hubbard is a freelance art critic, award-winning poet and novelist. Rainsongs her latest novel is published by Duckworth. Her fourth collection of poetry, Swimming to Albania, is published this autumn by Salmon Press. www.suehubbard.com