The West End art world is coming sluggishly to life and some early offerings are, it must be said, a bit disappointing.

Gagosian Cork Street leads with a solo show devoted to the late Richard Artschwager (d. 2013 Top Photo) who was, it must be said, a reasonably big American name. The title is Live in Your Head: Richard Artschwager’s Cabinet of Curiosities, and the handout records that the show spans “the five decades” of the artist’s career, and also notes (which is true enough) that it is completely visible from the street, through the gallery’s wide plate glass window. It consists, so the exhibition handout also tells one, of “visual cyphers that are introduced into locations both indoor and outdoor at widely varying scales”. One item, entitled Walker (1969) “redact(s) the familiar stabilizing aid into a totally enigmatic sculpture detached from function”. In other words, there’s a constant element of ‘now you see it/now you don’t’. The works on view are both abstract and figurative.

This is in principle well enough, but the visual results tend to combine the enigmatic with the unstimulating. The spectator doesn’t feel compelled to explore what these objects are about. You look at them from the pavement, and then – with a yawn – you tend to pass on. In our current world of visual clamour, semi-abstract art needs more punch than these toys seem prepared to offer.

At its much bigger space nearby in Grosvenor Hill, Gagosian offers a more ambitious show by a much younger American artist, Alex Israel (b. 1982), who lives and works in Los Angeles, which currently has a much livelier art scene than New York. Entitled ”Always on My Mind’, the show consists of a series of paintings on fiberglass. The pictures are all self-portraits and are all painted on grounds shaped as the silhouettes of profile heads. The images usually portray the urban scenery of Los Angeles – Mulholland Drive, Santa Monica Pier, Chinese Theatre, Griffith Observatory. They occasionally record the presence of a friend – Eli Study, for example. And sometimes they are just generic – Stained Glass, Wheel of Fortune. The results are certainly elegant, but also a little flat. Two-dimensional in the wrong way. You are left with the impression that the artist can only carry one thing at a time within his head. On the other hands, you certainly can’t quarrel with the finesse of the execution. 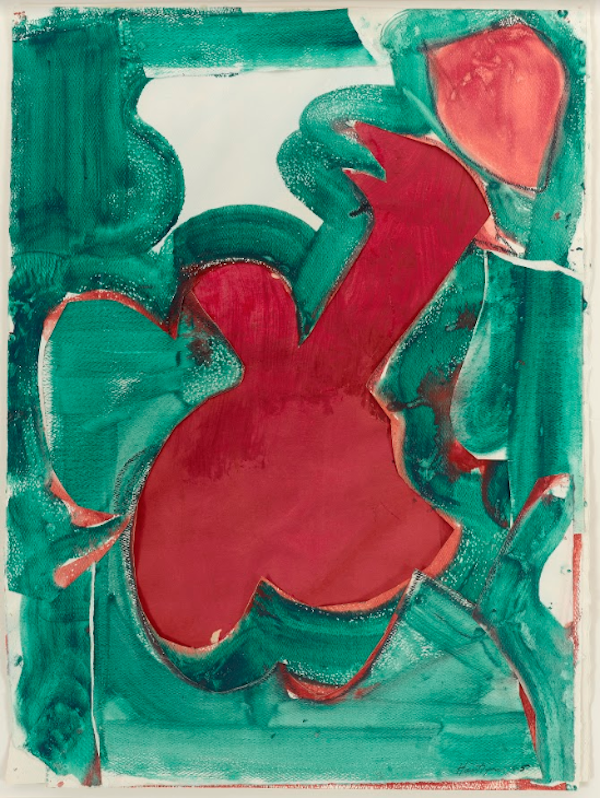 Nearby, in Dover Street, the Gazelli Art House is offering a show called 9th St. Club. This is part of an “ongoing series of exhibitions exploring key art movements of the 20th century”. Given the present climate in art, it is unsurprising to find that it is entirely devoted to the work of women – American women artists of the recent past, most of them extremely well-known: Elaine de Kooning, Pete Fine, Helen Frankenthaler, Grace Hartigan, Lee Krasner, Mercedes Matter, Joan Mitchell. The original 9th street exhibition, which gives this show its title, was held as long ago as 1951. The handout claims that the current show “reinterprets the Abstract Expressionist movement, disentangling it from its mainstream interpretation as an ultra-macho group of predominantly male artists.” Dear dead days! I don’t think AbEx can be reinterpreted to quite this drastic extent. It will always be a moment in art that primarily belonged to a group of rebellious bad boys. There’s no real female equivalent for roistering, bi-sexual, myth-making, doomed Jackson Pollock.

This said, and with the additional caveat that this commercial show mostly consists of relatively minor works by the artists featured, this a fresh, enjoyable exhibition, much superior to a lot of the supposedly avant-garde work we a getting now from artists of younger generations than those who are featured here. On a small scale, it has more to say about the rise of women’s art than a number of recent self-righteous projects at non-commercial galleries – for example at the two London Tates or the National Portrait Gallery. It could be the template for a much bigger and more ambitious exhibition here in London, in an official space. 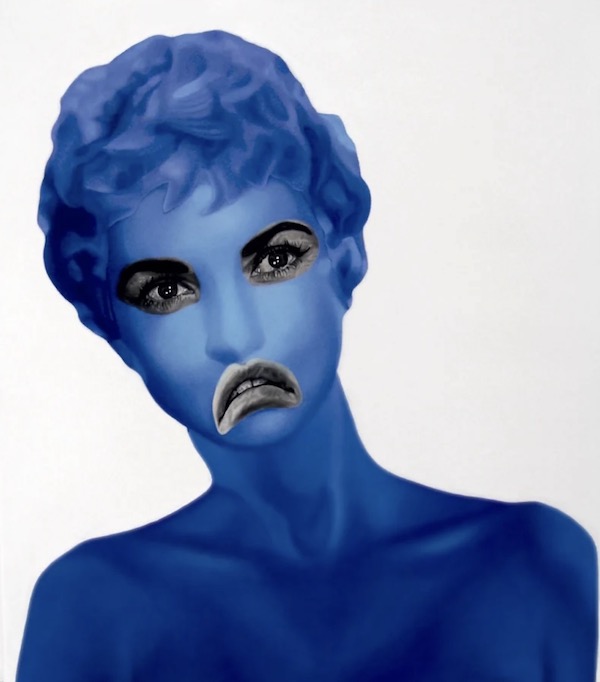 At Unit London in Hanover Square, there is currently, in their basement space, a reminiscent show of a somewhat different kind – work by the Japanese artist Teiji Hayama. His paintings are described on the gallery website as “disconcerting oil-paintings influenced by vintage photography”. What they look like is a pitiless critique of Andy Warhol’s images of celebrities – Marilyn Monroe and the rest. The gallery confirms this description, saying: “Teijama’s greyscale oil paintings depict the elongated, amorphous figures of some of America’s most iconic stars. The likeness is distorted to an unsettling, almost sinister extent.” Think of Monroe pulling doleful faces. These are undoubtedly up-to-the-minute in the way that they represent the current increasing disillusionment with Pop. Also, through the way in which they rely on quite long-established archetypes to make their effect.

On the entrance floor, and due to close fairly soon – on 25th January – there is a large show called Beyond Borders, featuring quite many different artists, most of them male, almost all of them figurative. The best known of the exhibitors in probably Charming Baker, famous (among other things) for his reluctance to be classified. Or to have his work fitted into any particular category or box. Prices given for the exhibits in the little catalogue that accompanies the exhibition are not particularly ambitious. Not all of the artists are British, or resident in Britain. Hiba Schahbaz, for example, is of Pakistani origin and lives in New York. What the exhibition stands for – if indeed it stands directly for anything – is a revolt against ideology of any sort, plus a determination to carve out a uniquely personal, in each case, way of seeing things. As a critic, I find it easy to sign up to that.

Beyond Borders Until 26 January –  Unit London