The Ben Uri Gallery in London has just come up with a new operation model, better suited to the needs of relatively small outfits, such as itself. Or should I say that those who run it have been savvy enough to recognise that the contemporary art world has been massively changed, both by the effects of the COVID pandemic, and also by the forward march of technology, and are ready to make the most of it, knowing that the clock cannot be turned back.

Here is what the Ben Uri’s representative David Glasser had to say, in a web announcement headed: First Full Scale Virtual Museum “In September of this year, we soft-launched benuri.org and in the first three months, the engagement numbers have exceeded all budgets and expectations. The traditional view of ‘there is nothing to replace the physical experience’ (of standing in front of an artwork in Ben Uri’s case) totally misunderstands and misjudges today’s, never mind tomorrow’s, world in which we live. 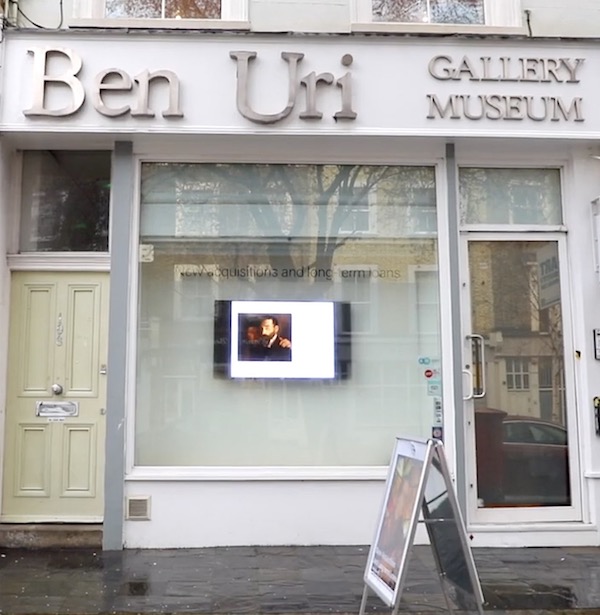 We have exchanged the restrictions of our concrete walls, poor location, day time opening hours when people are either at work or with their families, and continuous challenge of competing with the Nationals only a few miles away in central London. Making the quantum shift to, and investment in, the visual arena has given us unrestricted capacity for content and unlimited possibilities.”

He might perhaps have finished with a triumphant: “Yah boo! Take that Taties!” but was polite enough not to. It is becoming more and more apparent, as the epidemic possibly nears its end, that the London art world as we once knew it is not going to come back, that is in the form in which we once knew it, and that the major institutions, in particular, are going to be facing a crisis.

There are several reasons for this – quite apart from the long-term effects of the epidemic itself. The Tate galleries, those in London in particular, have during the last few years been going through a self-consciously populist phase. Tate Modern, in particular, doesn’t have a major collection. It has been heavily reliant on tourism but doesn’t like to admit it. It’s going to take time for the tourists to return, if they ever fully do so, to what will now quite likely be Little England, not Great Britain. London won’t attract the same number of visitors from outside. Worse still, the populist regime currently in charge at the Tates fail to admit their reliance on the tourist trade but heavily propagandised their enthusiasm for big gatherings of so-called ‘younger people’ – not rich, with jobs, generally only free to come in at the weekends. Getting together to have a good time in the embrace of Nanny Tate was very much part of the package. Those big, jolly gatherings vanished with the epidemic. Sometimes our big public galleries could still welcome visitors. Quite often, in lockdown periods, they couldn’t. When they did, it was: ‘Book your visit well in advance. Sanitise your hands. Follow the prescribed route through the building. Stay well apart from one another.’

Even when a semblance of normality returns gallery visits are likely to seem much less jolly, much more like hard work, than they used to be. Going there on the computer, at a time of your own convenience – at three in the morning if that’s what suits you – is going to look like a lot less trouble. More and more, as computers become ever more sophisticated, there will be information at the virtual visitor’s fingertips. And he or she won’t be confined to looking at art only in London if that’s where they happen to live. Virtual galleries will be open all hours, at locations throughout the world. Buenos Aires, San Francisco, St Petersburg, Beijing – no problem – sit there in front of the screen, click the keys and go. As contemporary art, itself becomes more and more digitised, both in terms of the way in which it is created, and increasingly too in how it is presented – the environmental artwork, shimmering as it surrounds you – it becomes difficult to insist on old definitions of ‘the real’.
Think of all those tourists, in happier times not so long ago, standing in the Louvre in their throngs holding their mobile phones at arm’s length, each intent on making a ‘me ‘n Mona’ selfie.

To them, the experience of seeing the picture wasn’t real, not until they had digitally recorded it. Museums, more particularly museums of contemporary art, may relatively soon become obsolete. Any place where you have access to a computer terminal will do.