London’s Courtauld Gallery will reopen to the public on Friday 19 November 2021, following the most significant modernisation project in its history.This will provide a transformed home for one of the UK’s greatest art collections.

The gallery in Somerset House has been closed since 2018

Visitors to the gallery in Somerset House, which has been closed since 2018, will be able to enjoy masterpieces from The Courtauld’s superb collection presented and interpreted across elegantly restored galleries, alongside a new contemporary commission, special displays, enhanced visitor facilities, and dynamic new spaces.

Paintings from The Courtauld’s collection of Impressionist art includes, Monet, Degas, Cézanne, Van Gogh, Manet and others will be reunited in the spectacular LVMH Great Room, London’s oldest purpose-built exhibition space. The Blavatnik Fine Rooms, spanning the entire second floor, will provide a beautiful setting for works from the Renaissance to the 18th century. New rooms devoted to 20th century art and the Bloomsbury Group will showcase lesser-known aspects of the collection, and a new Project Space will spotlight temporary projects to connect the public with the institution’s work as a leading centre for the study of art history.

The new Denise Coates Exhibition Galleries will be inaugurated with the exhibition: Modern Drawings: The Karshan Gift, which will run until January 2022 and feature work by European and American masters including Georg Baselitz, Joseph Beuys, Wassily Kandinsky, Paul Klee, Gerhard Richter, Louis Soutter and Cy Twombly. Also included in the ticket price will be Pen to Brush: British Drawings and Watercolours in the Gilbert and Ildiko Butler Drawings Gallery and Kurdistan in the 1940s in the new Project Space, showcasing the work of 20th century British photographer Anthony Kersting.

Relatives of the estate of the Mexican artist Frida Kahlo have lost their case with the Frida Kahlo Corporation over claims it holds the rights to her image. Mattel, the toy maker and creators of the Barbie Doll launched a range of new Barbie dolls based on “Inspiring Women”, in 2018 prompting raised eyebrows from members of the Kahlo family. A ‘Frida doll’ was included among them. (see photo above) The range was highlighted on International Women’s Day.

The Panama City-based Frida Kahlo Corporation (FKC) filed the lawsuit against Mara Cristina Romeo Pinedo, Frida Kahlo’s great-niece who had a temporary injunction issued in Mexico, preventing sales of the new Frida Kahlo Barbie in the States. The doll was deemed by the family to look anorexic and the famous mono-brow was plucked in order to tone down ethnicity. Following Kahlo’s death in 1954 trademarks from the estate passed to Isolda Pinedo Kahlo, her niece. Isolda Pinedo Kahlo’s daughter, Maria Cristina Romeo Pinedo, obtained power of attorney over these property rights in 2003 it was during this period that rights were signed over to FKC. The image of Frida has been exploited on mugs, T shirts, trainers and tequila brands.

Court documents filed earlier this month named the defendants as Pinedo and her daughter Mara de Anda Romeo. They strongly argued that the case should not be fought in the US. “The Defendants, two Mexican citizens, argue that this case a trademark infringement case brought by two Panamanian corporations cannot be heard in the Southern District of Florida,” Judge Robert N. Scola Jr. stated, “The Plaintiffs disagree, arguing that jurisdiction is appropriate. After a review of the briefs and relevant law, the Court grants the Defendants’ motion to dismiss.” 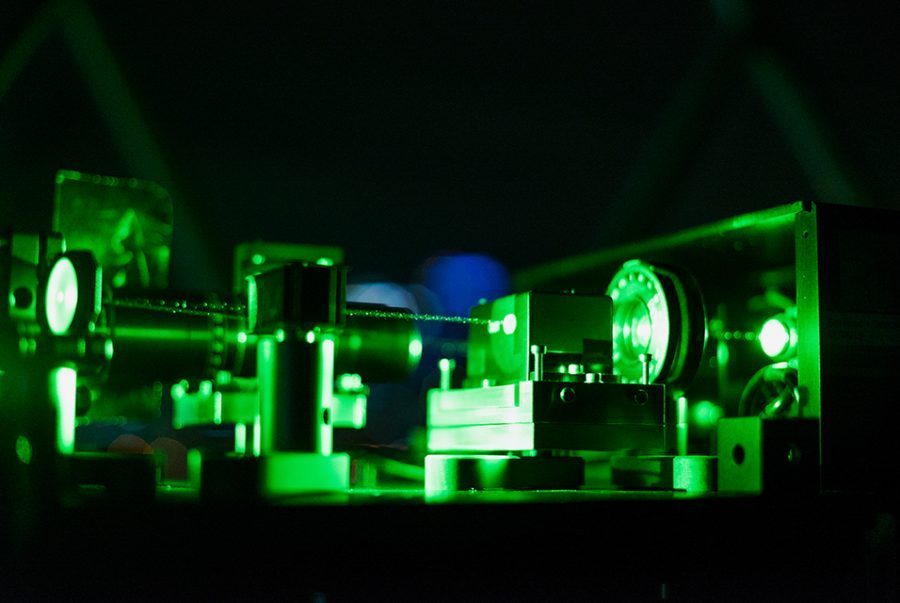 The lantern room of London’s only lighthouse will be illuminated for the first time since the late 19th century from Thursday 30 September by Sonic Ray, a major new light and sound installation across the River Thames. Produced by Artangel, Sonic Ray celebrates the 1,000 year-long musical composition Longplayer created by artist and composer Jem Finer.

Originally scheduled for 2020, Sonic Ray was commissioned to mark the 20th anniversary of Longplayer, which began playing from the lighthouse at Trinity Buoy Wharf at midday on 31 December 1999 and will continue to play without repetition until 2,999 when it completes its cycle as the longest piece of music in history.

From the lighthouse, a powerful laser is beamed across the river to North Greenwich, encoding and transmitting the sound of Longplayer to a new temporary listening post aboard Richard Wilson’s nautical sculpture Slice of Reality. A short ferry ride connects the two locations, allowing visitors to experience Longplayer as a bridge of light across the river at both locations.

Built in 1864 the lighthouse at Trinity Buoy Wharf in East London was known as the “Experimental Lighthouse”, a landmark housing the workshop where Faraday conducted his optical tests. It has been the home of Longplayer for 21 years.

Jem Finer said: “Sonic Ray illuminates the lighthouse where Longplayer has been playing in the dark for 21 years. It’s exciting to have found a way to integrate and project the music of Longplayer in a beam of light, connecting with a kindred spirit across the river, Richard Wilson, whose sculpture Slice of Reality is the destination of Sonic Ray.”

James Lingwood & Michael Morris, co-directors of Artangel, said: “Originally planned for 2020, Jem Finer’s Sonic Ray was amongst many arts events worldwide that were repeatedly rescheduled due to the pandemic. During the months that have elapsed, time appears to have been experienced differently, enriching the meaning and value of Longplayer as a paradigm for change. As inexorable as the tide or the movement of clouds, Longplayer seems more than ever a lodestar for our times with Sonic Ray as its signal of hope made manifest”.

Longplayer grew out of a conceptual concern with questions of representing and understanding the expansiveness of time. Its music changes from day to day, from century to century, conceived to endure and adapt to shifts in the technological and social environment. The 20th anniversary was marked last year with the Longplayer Assembly – an ambitious 12-hour conversation relay between 24 pairs of pioneering thinkers across a range of issues, from public health, climate change and economics, to art, urban design and new technology. You can watch the Longplayer Assembly here. Sonic Ray forms part of Totally Thames Festival 2021 (1st – 30th September), a month-long season of cultural events stretching the whole 43 miles of the River Thames riverfront.