John Waters, filmmaker/king of kitsch, has promised to donate his art collection to the beleaguered Baltimore Museum if it names their main restrooms after him. The donation includes nearly 400 works of art. He told the NY Times He wasn’t worried about the museum eventually offloading the works he is donating. (in reference to the museum’s withdrawn deaccessions from auction) “They can’t sell,” he said. “My collection is restricted.” The gift stipulates that the museum cannot deaccession the works. The gift includes pieces by artists including Diane Arbus, Thomas Demand, Nan Goldin, Christian Marclay, Catherine Opie, Gary Simmons, Cy Twombly, Andy Warhol and Christopher Wool. 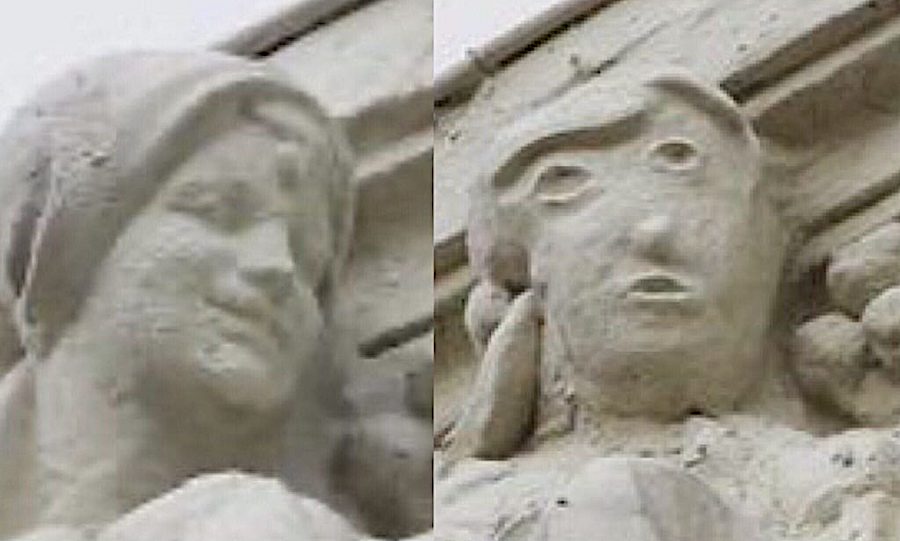 Just because Spain has been the birthplace of some of the most influential artists of the 20th century including Picasso, Miro and Dali, I wish the Spanish public would stop thinking they are all qualified artists especially when it comes to art restoration. An artwork, this time in the city of Palencia has been unrecognisably disfigured. The slightly worn relief on a building has morphed into a Trump-like ‘beauty’. The female figure surrounded by animals has been hacked into a distorted gremlin. The restoration was first reported by a local news outlet who stated: “It’s almost as if a child was given with the job”. A Palencia resident Antonio Guzmán Capel noted on Facebook that; “while the restorer was doubtless at fault, the real criminal here was surely whoever commissioned the job and did nothing to rectify the grievous situation”. The Professional Association of Restorers and Conservators said on Twitter; “this is NOT a professional restoration.” 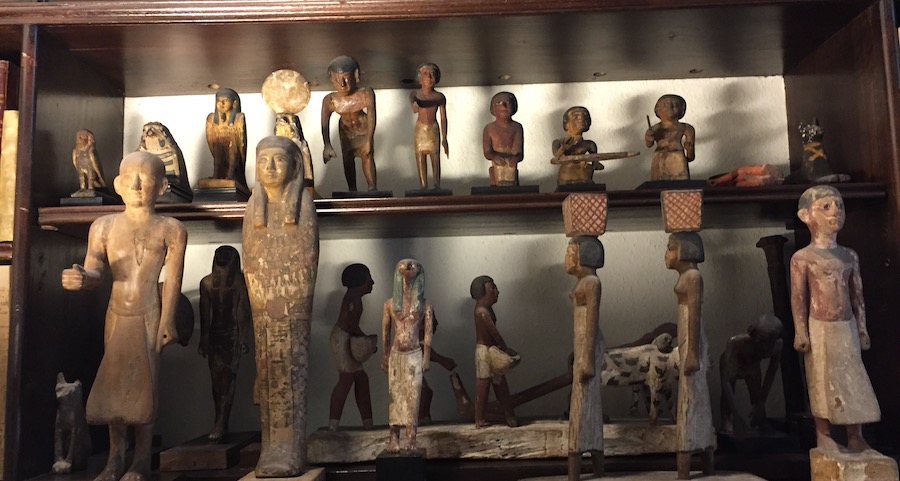 An Open Letter From CINOA Congratulates UNESCO for their 50-year anniversary of the 1970 Convention but pleads for better representation of the facts and better cooperation for the art trade. Read the full letter below.

The 50th anniversary of the 1970 UNESCO Convention – or to give it its full title, The UNESCO Convention on the Means of Prohibiting and Preventing the Illicit Import, Export and Transfer of Ownership of Cultural Property – provides us with an ideal opportunity to remind ourselves of exactly what its purpose is, as set out in its articles. The Convention is robust in its support for States Parties and their cultural heritage across its 26 articles. It is robust in setting out its structure for crime prevention and it is equally robust in committing States Parties to fair resolutions, whether for restitution or compensation.

UNESCO should be congratulated on the Convention’s considerable impact and success, but why does UNESCO continue to cite inflated and unfounded claims regarding the size of the illicit trade in cultural property and keep the legitimate trade at arms-length? This comportment damages the interests of the art trade and collectors. It also risks the credibility of UNESCO’s authority in this crucial area of activity, especially when the inaccuracy of these figures is so easy to show. For example, it takes only a few minutes to demonstrate that the $10 billion headline figure UNESCO is using for its anniversary campaign, The Real Price of Art is bogus. What’s worse, UNESCO was warned of this issue three weeks ago, yet still holds to the figure publicly. Of equal concern is that such claims are being made by senior UNESCO officials.

The Convention is specific, as effective laws and policy usually are.

We commend UNESCO’s capacity for advanced thinking and balancing interests. In fact, as the full title of the Convention states, its purpose includes prohibiting and preventing the “Illicit…Transfer of Ownership of Cultural Property”. Clearly this is important for fighting looting and trafficking.

So it is understood that it targets things of “importance”, not any ‘old’ object. It sets out the obligations of States Parties to the Convention when it comes to the protection of sites and objects ‘in situ’ (Article 5). Furthermore, it states that a recovery process is contingent on the requesting state paying “just compensation to an innocent purchaser or to a person who has valid title to that property” (Article 7). The second half of this statement tacitly but clearly recognises statutes of limitations.

With such a strong framework setting out not only the intention of protecting States Parties Cultural Heritage interests, but also the methods by which this should be carried out, the UNESCO Convention has provided a beacon for half a century that has signalled the direction in which other measures, if necessary, should follow.

The landscape has changed enormously. Attitudes today are very different from what they were 50 years ago. Transparency and provenance are words on everyone’s lips and rightly so, as far as they are realistic, taking into account available evidence and regulations regarding privacy and personal data. Ethical practice is not an abstract concept, but an essential business tool these days for a successful future of the art market. Ethical practice is also a pre-requisite for other stakeholders, especially when it comes to the provision of data that influences policy.

So, how much has been achieved in the intervening years to reduce the size of the illicit trade in cultural property? The evidence can be found in numerous recent studies and reports such as the European Commission’s Ecorys Illicit Trade in Cultural Goods report 2019 as well as the RAND Report Tracking and

property which, on religious or secular grounds, is specifically designated by each State as being of

Disrupting the Illicit Antiquities Trade with Open Source Data Report 20201 and the World Customs Organisation (WCO) Illicit Trade Reports. For example, in September 2020, the 200 page WCO Illicit Trade Report 20192 published figures that showed that of the 133,453 reported customs seizures made of all illicit goods, only 271 involved cultural property, just 0.2% of the total (by contrast, drugs account for 30%). The 2020 RAND report (pages 7, 11) and the Ecorys Report (pages 15, 46) have shown that there is limited illicit trade with hardly any or no evidence of terrorist financing with cultural goods. Misleading headlines are often based on anecdotal cases that are used to formulate broad general assumptions regarding illicit trade in antiquities (See RAND Report Summary, page xi). CINOA has repeatedly pointed this out during various forums over the past years, including meetings organised by or with UNESCO.

As a result of citing bogus figures on illicit trade, there is a growing body of policy and legislation based on false premises that often does damage to legitimate interests while not properly addressing the problems it sets out to solve.

We advocate the establishment of an international forum under UNESCO and UNIDROIT in which the art market, law enforcement and collectors are able to share information and develop effective ways of working together. Through a stronger collaboration, the Convention can be more fully implemented and other complementary measures could be initiated in the fight against the illicit trade. A forum of this kind would further help bring about real change and build upon the aims and spirit of these conventions.

For years, all CINOA affiliated organisations (and many others) insist on strict ethical rules and due diligence guidelines. It is also worth noting that the art market itself has tried to be closely involved with the improvement of standards, both through direct advice and influence on lawmaking, advising governments through trade panels and introducing more effective due diligence and compliance processes, but we believe that establishing together an international forum would be beneficial.

The composition of an international forum should follow the example of UNESCO, whose articles strike a fair balance between the interests of its States Parties and those of the individual, between the national interest in cultural heritage and the personal right to own property to which one has the title. Crucially, States Parties must honour their commitments to UNESCO’s philosophy and recognise the rights of others as they insist on the fulfilment of their own ambitions.

Fifty years on from the birth of the UNESCO Convention, it is not just the protection of cultural heritage that has moved on; we have also seen a huge and positive shift in cultural attitudes among the public and the international art market itself. Private collectors represent 70% of the art market, according to Art Basel’s The Art Market 2020 report and so constitute the most significant body protecting and preserving cultural property within the market.

Let us work together on evidence-based policies and initiatives to protect, preserve, and promote cultural property.