A new exhibition celebrating the cult of Nature Morte explores how leading artists of the 21st century have reinvigorated the still life. This genre previously synonymous with the 16th and 17th centuries will be one of the largest exhibitions ever presented at the Guildhall Art Gallery with works displayed by artists including Mat Collishaw, Michael Craig-Martin, Gabriel Orozco and Marc Quinn.

Nature Morte is based on Michael Petry’s recent Thames & Hudson book of the same name.

The exhibition is the final stop on a highly acclaimed European tour, and the only opportunity for UK audiences to view this show. The London exhibition will also be augmented with a number of new works from London-based artists including Clare Twomey and Michael Raedecker.The still life, or nature morte, has been a constant subject throughout the history of art, its significance changing over time. As an independent genre of painting, the still life came into its own in the mid-seventeenth century when the Flemish term 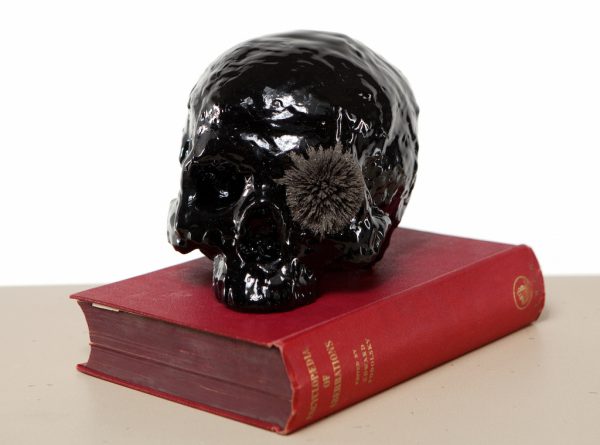 The still life, or nature morte, has been a constant subject throughout the history of art, its significance changing over time. As an independent genre of painting, the still life came into its own in the mid-seventeenth century when the Flemish term stilleven first came to be applied to oil paintings characterised by their tight focus on an assortment of objects sitting on a flat surface. Nature Morte is very different in tone from exhibitions we would usually expect to see at Guildhall with over 100 pieces from different disciplines going beyond the two-dimensional, including sculpture, digital, and sound. 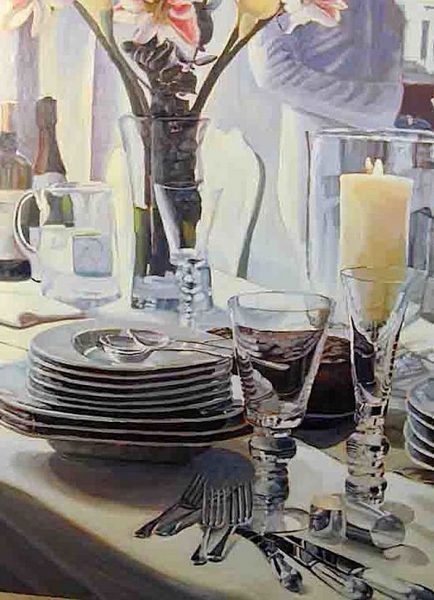 Nature Morte displays a visually enticing selection of artworks as viewers are confronted with the questions, what is real and what is representative. Cindy Wright’s paintings of food challenge the viewer with the reality that eating meat and fish comes at a cost, the death of once-living creatures. The bloody, gutted fish coiled within a goldfish bowl stares out of the frame in an accusatory fashion. Meanwhile, Nancy Fouts incorporates taxidermy animals into her surreal works; Still life + real life (2011) is a seemingly classic still life of a flower arrangement yet on closer inspection a painterly collage with butterflies emerges.

This exhibition also includes prominent British artists such as Mat Collishaw; his startling photograph Last Meal on Death Row, Texas (Juan Soria), (2011) is part of a series staged to resemble seventeenth-century depictions of food or lavish spreads. In actual fact, it documents the last meals requested by prisoners on death row in the United States. Each work is named after the prisoner who asked for the featured dish for their last meal.

Graham Packham, chairman of the City of London Corporation’s Culture, Heritage and Libraries Committee, comments, ‘Nature Morte’ at Guildhall Art Gallery will put a modern spin on still life which, for many people, conjures up images of food, wine glasses, flowers and dead animals in art work dating back to the 16th and 17th centuries. The artists featured in this new show, which will take over the gallery’s main exhibition spaces, will bring still life right up-to-date with sculpture, sound, and digital art. With over 100 pieces of visually engaging contemporary art work, ‘Nature Morte’ will be a must-see for all art lovers.

Contemporary works in Nature Morte explore the timeless themes of life, death and the irrevocable passing of time in our modern world. The artworks invite us to pause and reconsider what it means to be human. The exhibition puts a new spin on the traditional topics of still-life – flora, fauna, the domestic object, food and Vanitas. 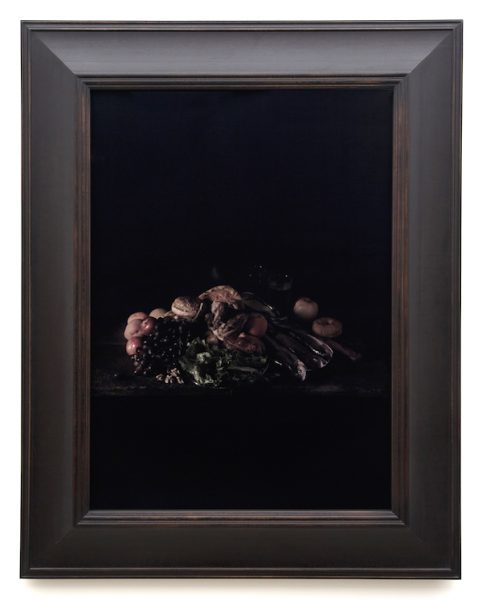 Nature Morte is based on Michael Petry’s recent Thames & Hudson book of the same name. It brings together historic still life paintings and contemporary art works that seek to use the language of the past for modern audiences.

Michael Petry, curator and director of Museum of Contemporary Art (MOCA) London, comments, ‘It is a great privilege to present London’s ever-expanding art audience with the final version of what has been a great exhibition tour. We are so excited about the new version created just for the Guildhall Art Gallery and look forward to sharing it as it is the culmination of a wonderful three-year project.’