Vienna knows how to produce a blockbuster, and this Autumn/Winter season they have mounted two. For the first time in nearly twenty years, a new exhibition of Albrecht Dürer (1471–1528) has opened at Vienna’s Albertina Museum, while a beautifully curated show mirrors this at the Kunsthistorisches Museum entitled Caravaggio and Bernini.

The Albertina is home to an extensive collection of Dürer which includes the iconic drawing of a Young Hare and Praying Hands. Over 200 examples of Dürer’s drawings, printed graphics, and paintings are on display some united for the first time, since 2003. For more than five centuries, Albrecht Dürer has been consistently viewed as one of the greatest artists of his generation or of any generation. 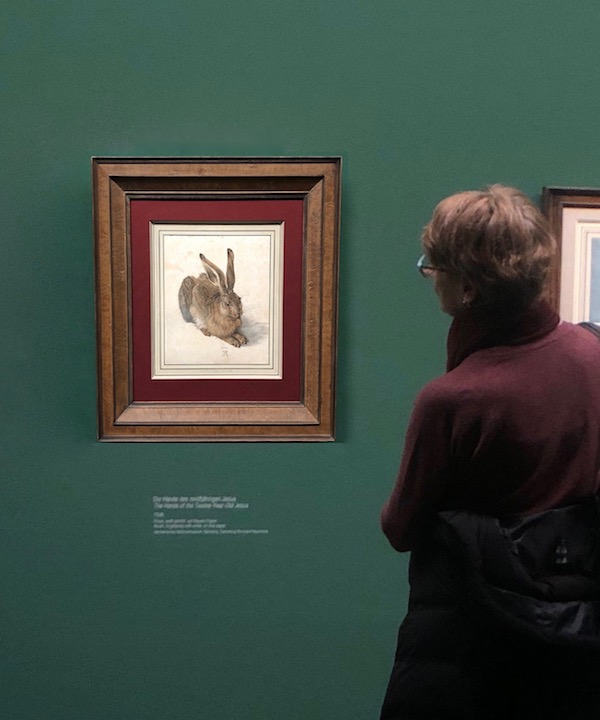 The Albertina Museum has out done themselves by featuring the world’s most important collection of Dürer’s drawings, comprising nearly 140 works. The historic background of the museum’s Dürer holdings is an area of specific importance as their history can be traced back to 1528 without any gaps. This group of artworks from the artist’s workshop has been intact for nearly 500 years.

The museum has succeeded in uniting important works from international lenders: the Adoration of the Magi from the Uffizi, the unsettling and unsparing self-portrait of a naked Albrecht Dürer from Weimar, Martyrdom of the Ten Thousand from Vienna’s Kunsthistorisches Museum, Christ among the Doctors from the Thyssen-Bornemisza Museum in Madrid, and Museo del Prado.

Curated by Dürer specialist Christof Metzger, the exhibition reevaluates the Albertina’s Dürer collection, which embodies both his drawings, paintings and watercolours.

Next up, the Caravaggio and Bernini exhibition at the Kunsthistorisches Museum explores the phenomenon of the early Baroque period and presents groundbreaking work made in Rome in the first half of the 17th century.

Caravaggio and Bernini were the foremost cutting edge artists, of the period both with their groundbreaking artistic visions and both living unconventional (to say the least) lifestyles.

The exhibition focuses on the radical changes in the arts between 1600 and 1650, which would significantly influence Europe as a whole. Rome attracted many talented artists during the ensuing decades, from across Europe. Florence, Naples and Lombardy, were key but also France, Germany, Flanders and the Low Countries were impacted. New themes and compositions, were utilised to create works filled with drama and passion, marked by depictions of unexpected or intense emotion. Their use of strong colour was also key to the works created 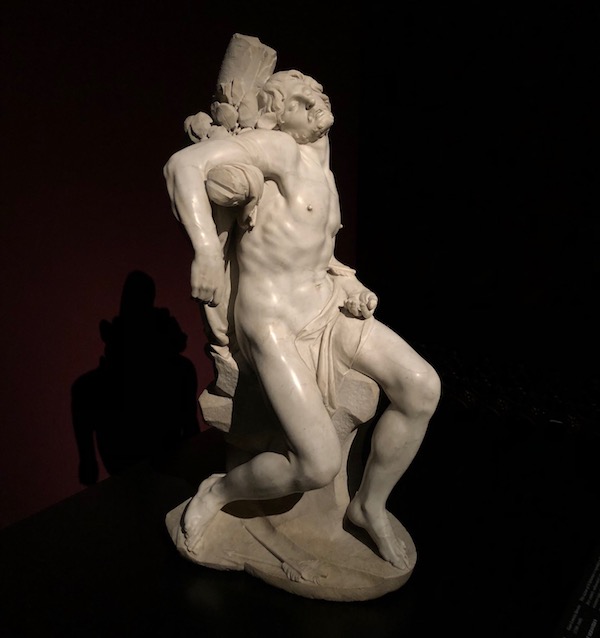 Broad gestures and cinematic actions often evoke intense feelings for the subjects and portrayals. It was important for artists to play to the emotions of their audience. Between 1600 and 1650 the birth of dramatic art forms excelled, not only in painting and sculpture but also in poetry, literature, music and theatre.

By juxtaposing painting and sculpture, the exhibition offers a new perspective on the art produced in Rome in the early seventeenth century. There has never been an exhibition outside of Italy that showcases such a large selection of key masterworks from this period.

Outstanding highlights of early Italian baroque art is also included in the exhibition. Masterworks by painters such as Artemisia Gentileschi, Annibale Carracci, Nicolas Poussin, Mattia Preti, Guido Reni or Pietro da Cortona, and by sculptors including Francesco Mochi, Giuliano Finelli, Alessandro Algardi or François Du Quesnoy give a well-rounded view of the influences of both Caravaggio and Bernini.

It’s always a good time to visit Vienna but with two exhibitions of this caliber now is the perfect time to explore this magnificent city.

Both exhibitions have produced lavish monographs: